AUTHORITIES in Limerick are clamping down on property thefts through a special tracking initiative which is being rolled out in local communities.

Limerick City and County Council is teaming up with An Garda Síochána and community groups across Limerick to help reduce the incidence of property theft.

The Council has purchased two property marking machines at a cost of €12,650 which can be loaned out to community groups who, in turn, can organise property marking events in their localities.

Commenting at the launch au UL Bohemians RFC, Crime Prevention Officer Sergeant Ber Leetch said: “From an investigation perspective, if we stopped a car with a certain amount of property in it, with all different Eircodes, there is a strong chance that it is stolen property.” 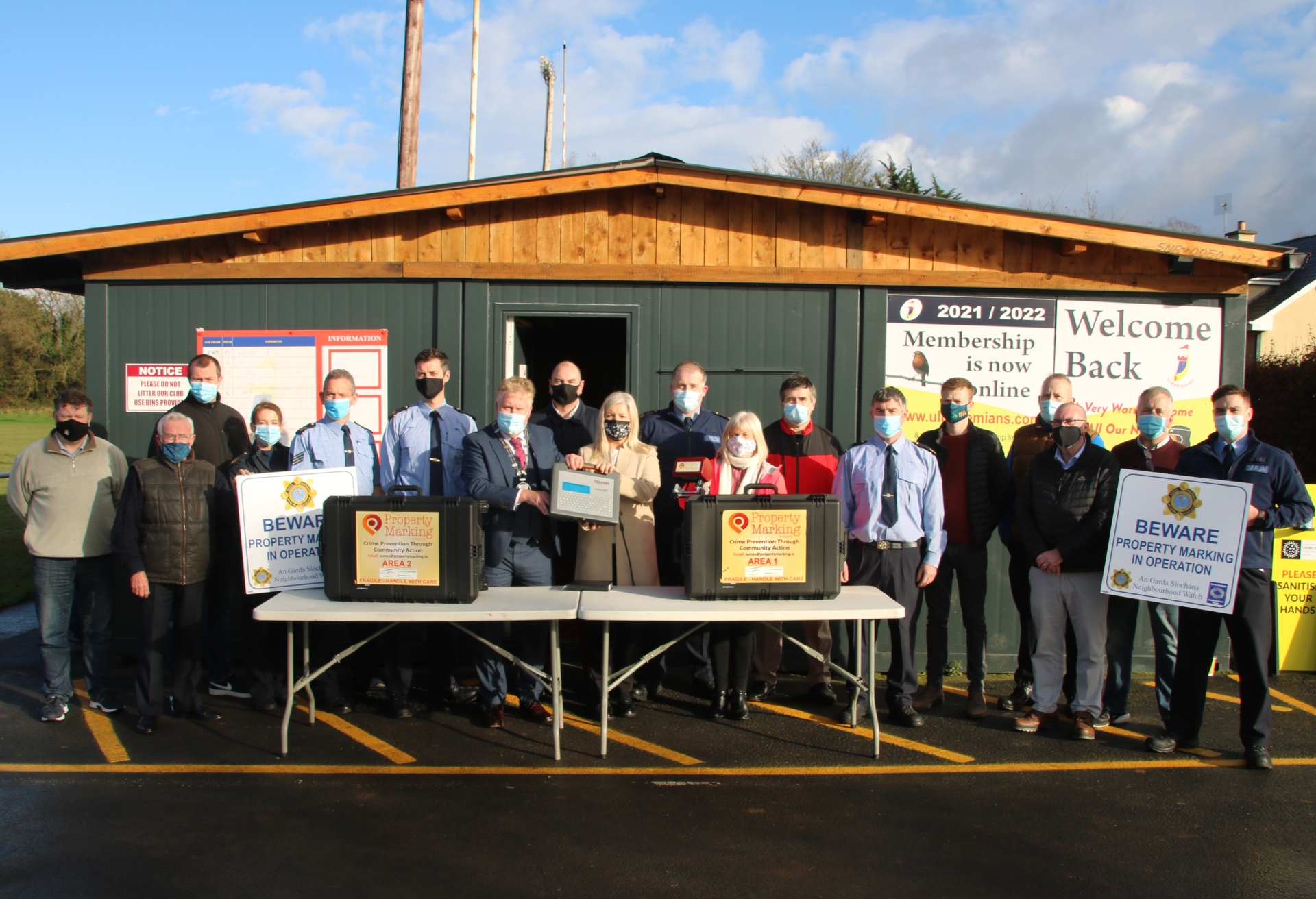 The property machine works by stamping the person’s Eircode onto their item using a series of dots, making the item easily tracked when stolen.

IFA Regional Executive Oisin McGlynn has stressed the importance of marking farm machinery. “If they’re not marked, it's so hard to get them back. It’s hugely important for farmers to engage in this initiative,” he said.

A total of 24 Gardaí in Limerick have been trained to use the machines.

Initial areas covered are the Newcastle West Municipal District and Limerick City North, with it rolling out to other districts in the coming months.

Stickers and signage indicating that property has been marked are available when borrowing the machine and it's hoped this will deter would-be thieves when they arrive in a particular area.

The property marking machine can be booked through the Community Department of Limerick City and County Council and is available free of charge to community groups.

Deputy Kieran O’ Donnell who was involved in bringing the initiative to Limerick has welcomed its rollout.

“I would encourage all community groups to get involved in future training and make use of the opportunities to avail of this scheme to reduce theft.”

Thieves use angle grinder to break into Limerick GAA club