THERE wasn't a dry eye in sight in one County Limerick community centre as Catherine Corless retold the story of how she uncovered the undisclosed death of more than 796 children in Tuam.

The Irish historian, who broke the story on the Bon Secours Mother and Baby Home Scandal, was in Bruff, County Limerick to accept the prestigious Bruff Bible Award, in recognition of her tremendous and tireless humanitarian work.

"I was always interested in local history. From an evening course in 2010, I jumped at the chance to learn how to research and where to research. Above all I learned never to give up and to keep looking for records," her acceptance speech began.

"There is a record somewhere and if there isn't, there is always a reason why," she added.

The Fitzgerald Bible Bruff Award is one of the premier awards in the south of the country and has been awarded to many of Ireland’s leading campaigners and leading citizens in the past including Micheál O’Muircheartaigh and Vicky Phelan.

Awarded by Bruff Heritage Group, the award symbolises the gratitude and respect felt by the people of our locality towards an individual who has made a hugely beneficial contribution to all our lives.

At the presentation ceremony, Catherine Corless recalled how she discovered the baptism records of 796 children from the home, dating between 1925 and 1961, when it was being operated by the Bon Secours Sisters, as a maternity home for unmarried mothers and their children.

She choked back the tears, as she regaled her shock at realising that there were no death records for those listed.

Those records she found, were for infants all the way up to three years old.

"Over the years, people asked me, what drove me to keep going? I did it for just pure love for vulnerable children, and the fact that nobody seemed to care. I decided, I was going to be the voice for them, because they had no voice," she said.

She said that justice for the 796 children is what has driven her to continue lobbying government, which this year, has led to the Institutional Burials Bill, which has created a lawful basis for forensic excavation at the site.

"It did take a lot of courage for me to come forward. The story went worldwide, and that put emphasis on the government because nobody wanted to know and nobody wanted to listen," Catherine stated. 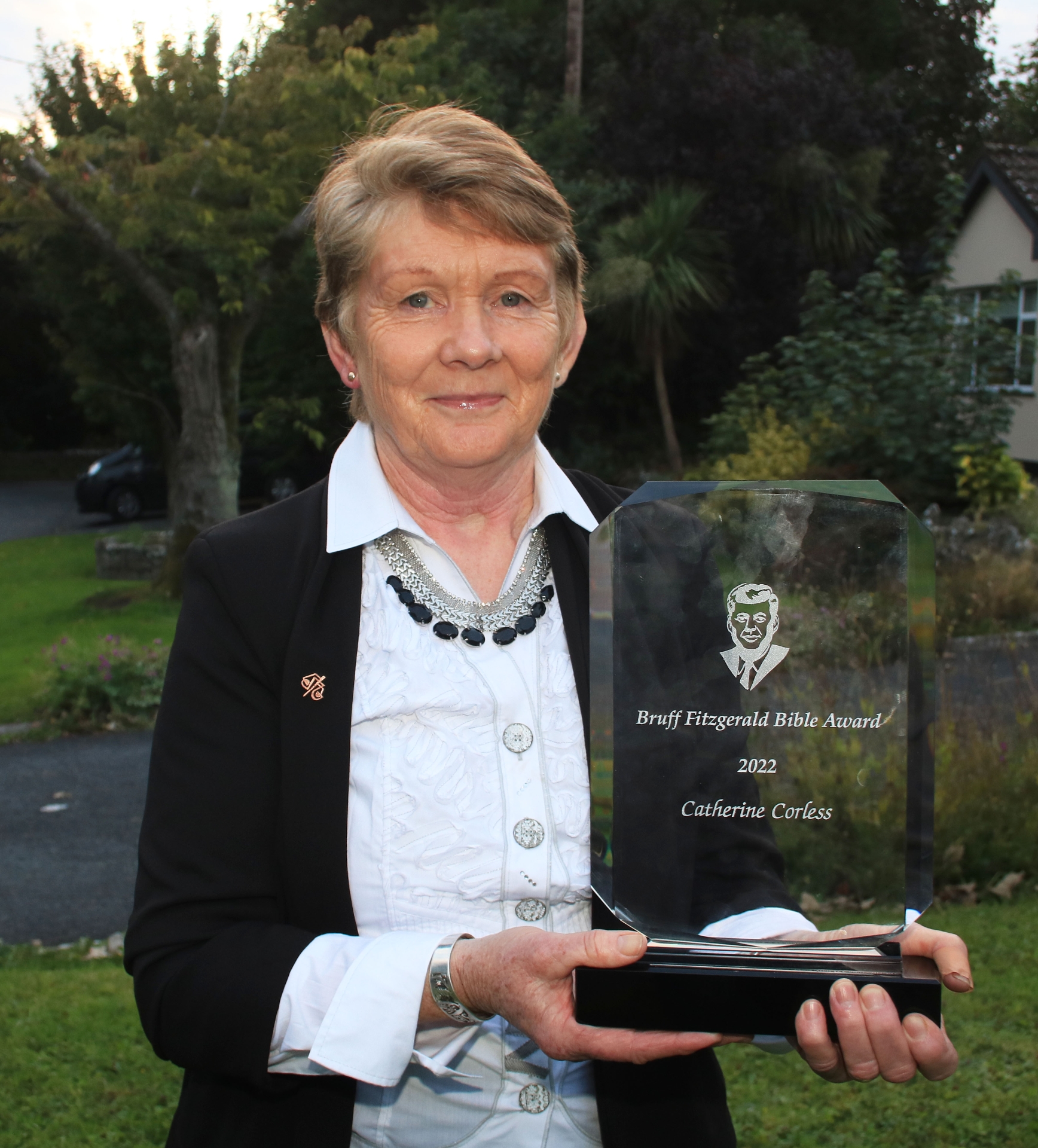 Tears started to flow in the Limerick audience as she informed that as of now, investigators know that there were 21 chambers below the ground where the babies were laid "on top of each other and without a coffin."

Speaking to Limerick Live after accepting the award, Catherine asserted that her new purpose is to help siblings find records of those they have lost, that may have been one of the 796 children.

"The gratitude from people is amazing, even if I only bring them halfway there. I love doing it. I feel all the time that I am getting the better of these people who wouldn't do a thing for these women and children," she added.