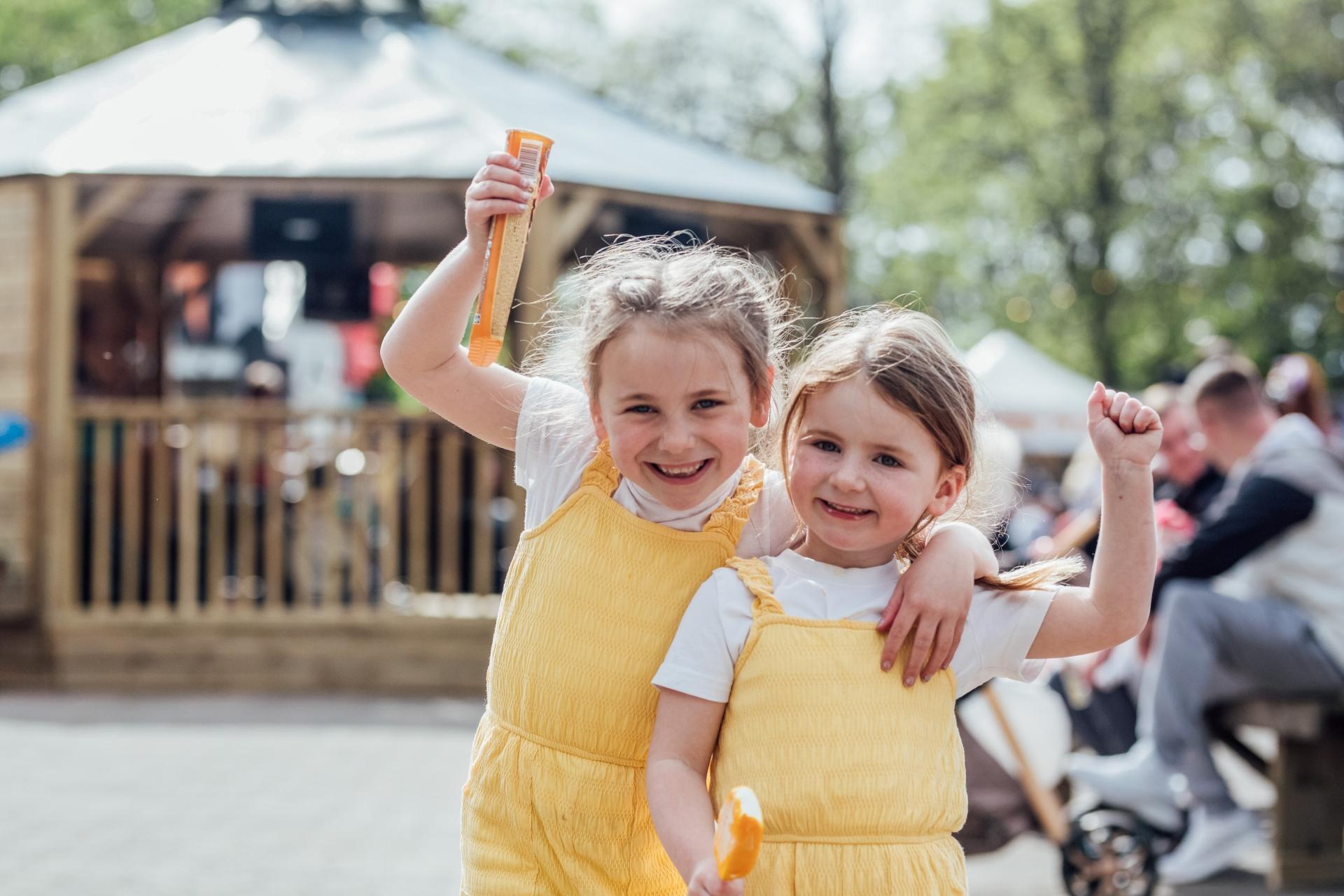 LIMERICK was at its very best this Saturday as tens of thousands of people descended on the city for Riverfest, which is back for the first time since 2019.

Queues stretched out of Arthur's Quay Park, which is the focal point of Limerick's May Bank Holiday festival, along with all the other attractions, as a party atmosphere took hold.

There were sensational sights, smells and sounds at the barbecue competition on the city's boardwalk at Harvey's Quay. It was won by a team from Limerick Suicide Watch, who impressed the judges with their spicy steak recipe.

Huge congratulations to the team from @Limericksuicid2 who won the @RiverfestLmk BBQ on the boardwalk! pic.twitter.com/6dkz1wureG

The group's vice-president Alex Henriques picked up a prize-winners cheque for €1,000 on behalf of the group and was delighted with their victory.

"I love cooking. It's not my job, I work in Vision Care at Plassey Park. But cooking was always my passion. If I'm stressed or having a bad day, I'll go to the kitchen and cook. I did it with love, and passion," he said.

Asked what the prize money will mean to the charity - which provides riverside patrols to help those who may be in distress - said: "It will mean a lot."

"We have 70 members, and out four nights a week patrolling. So our equipment must be always on the road, we are always on the go. So money like this is always welcome, as we rely on donations," he added.

"There is a great atmosphere, and it's nice to be back after two years of lockdown," he added, saying he is looking forward to tucking into a burger from the barbecue.

Mayor Daniel Butler said "Limerick is back with a bang" after the Covid-19 pandemic.

"I think there is no way to start off the summer season then to be here at the Riverfest. It's been a vibrant weekend - Limerick is absolutely hopping. All the hotels are booked out, but most importantly, people are smiling. We are out meeting casually again, and it's just fabulous."

The ferris wheel is up and running at Arthur's Quay Park #RiverfestLimerick pic.twitter.com/IvUxWRZrJY

A zipline also sprang up over the River Shannon between Arthur’s Quay and Honan’s Quay, while watersports taster sessions and tours were also offered.

The fun continues in Limerick tomorrow, when thousands of people will pound the city streets again, as the Great Limerick Run also returns for the first time this decade.

In Pictures: Huge crowds attend Run for Fun event at University of Limerick

The skies over the river Shannon will be lit up with a spectacular fireworks display tomorrow night while Gavin James will perform at King John's Castle.