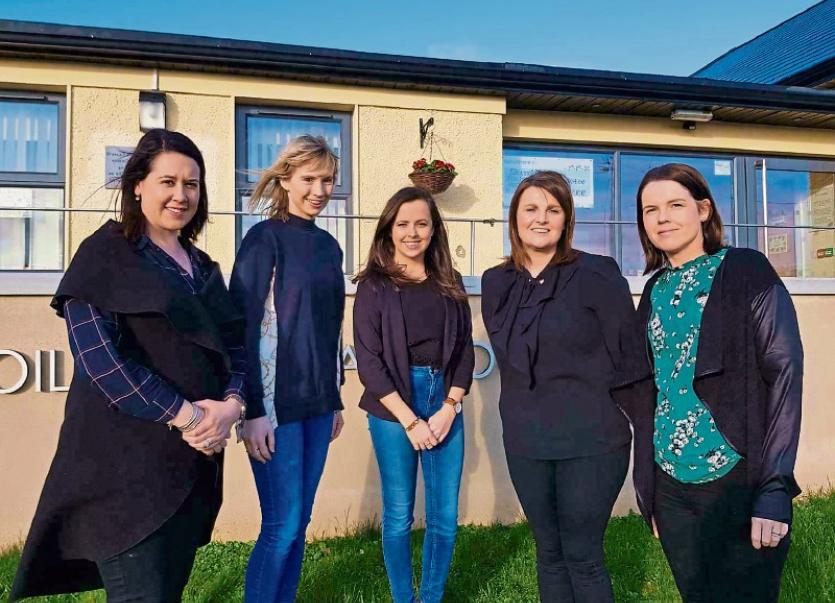 THIRTEEN per cent of the electorate had their hearts set on Richard O’Donoghue in the general election.

After they trusted him with their number one he better shape up. But will he be the one that the audience want at Knockainey ladies football club’s lip sync battle?

Deputy O’Donoghue is taking on the role of John Travolta from Grease. The group is completed by Cllr Sarah Kiely, Cllr PJ Carey and Sheila Ryan. Called The Blow Ins, they will be one of nine acts to perform at Bulgaden Castle on Saturday, April 4.

“I signed up for this a few months ago before I even thought about running for election. But if you give your word that’s your word and whatever I promised I will complete what I have promised.

“Michael Herbert from Bulgaden contacted me. He said they were doing a lip sync. I thought they were going to ask me to help them sponsor it or be a judge so I said, ‘No bother, Mike’. He asked me to get a couple more for a group so then I realised he wanted me in it!” said Deputy O’Donoghue, who asked Cllrs Carey, Kiely and Ms Ryan.

“We’re doing Grease. I’m John Travolta. I have to get a wig to cover the grey hair,” he laughed. As he is in Dublin Tuesdays to Thursday, they have been fitting in rehearsals at weekends.

”It’s a fundraiser and a bit of fun. I have done two Strictly Come Dancing, an OsKaRs and five plays with the Granagh Players but I have never done a lip sync before,” said Deputy O’Donoghue.

Knockainey ladies football club are just over 15 years in existence. Chairman, John MacNamara said they now have eight teams – from u6 to intermediate level with just over 160 registered players and coaches.

“With club costs creeping up each year to now just over €30,000 annually being paid out, the club have embarked on a huge fundraiser. This will be no ordinary show as it is being organised by Lip Sync Battles Ireland, a professional company from Laois,” said Mr MacNamara.

“We have players from u14 up to adult level taking part, as well as local national school teachers, Knockainey AFC, Knockainey choir, community cafe group, selection of parents and our newly elected TD Richard O’Donoghue, flanked by councillors PJ Carey and Sarah Kiely,” said Mr Macnamara. Tickets cost €20 and are available from committee members or any of the performers.

“I sincerely want to thank the committee, performers, our hosts Bulgaden and our show producers for all the work going on at the moment. Please support what will truly be a memorable night of entertainment and craic for the entire community of Knockainey and surrounding areas,” said Mr MacNamara.

Associated fundraisers are a table quiz in McAuliffe’s pub on March 16; 45 cards night in Knockainey hall on Saturday, March 21 and a clothes collection that weekend.