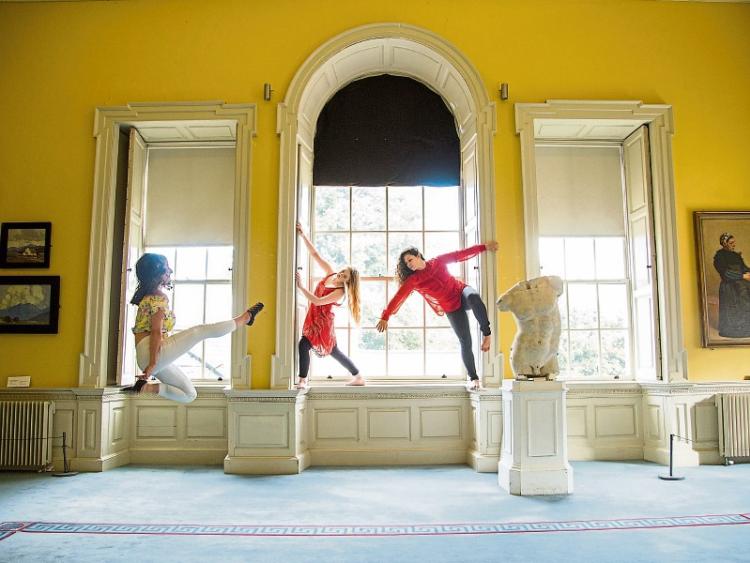 THERE’S willow warblers, Corsican conductors, paper dolls and the engineers of tomorrow at this year’s Elemental Arts Festival, kicking off in Limerick city this Friday.

The family-friendly festival is due to take place in cafes, shops, galleries, open spaces, and historical buildings throughout Limerick city through to Sunday September 16.

The festival kicks off with a performance at the University Concert Hall by the Irish Chamber Orchestra and Corsican conductor Jean Christophe Spinosi, who is renowned for taking audiences on “emotionally explosive” journeys.

Green graffiti celebrating the wildlife of the River Shannon will also go on temporary display in Arthur’s Quay Park on Friday as part of the festival.

“You get a stencil and instead of spray painting through the stencil like you normally would, which is what the otters were, you wash away the dirt.”

Ms Conroy’s series includes a heroin, salmon, a willow warbler and a kingfisher.

A series of workshops will also take place on Saturday featuring animators from the Aardman Studio, the creators of Wallace and Gromit, and ‘The Breadwinner.’

Later on Saturday, surprise venues across the city will play host to a series of “bitesized performances” as TAPAS- Theatre, Art, Poetry, Audio and Street, gets underway.

Performances will take place between 11am and 12pm and 2pm and 3pm. A full programme of events can be found at www.elementalfestival.com or on Facebook at Elemental, Limerick Arts Festival or on Twitter at @ElementalLmk.