Bob is back and he has a lot to say: Eoin Devereux on Geldof’s University Concert Hall appearance for creative writing festival 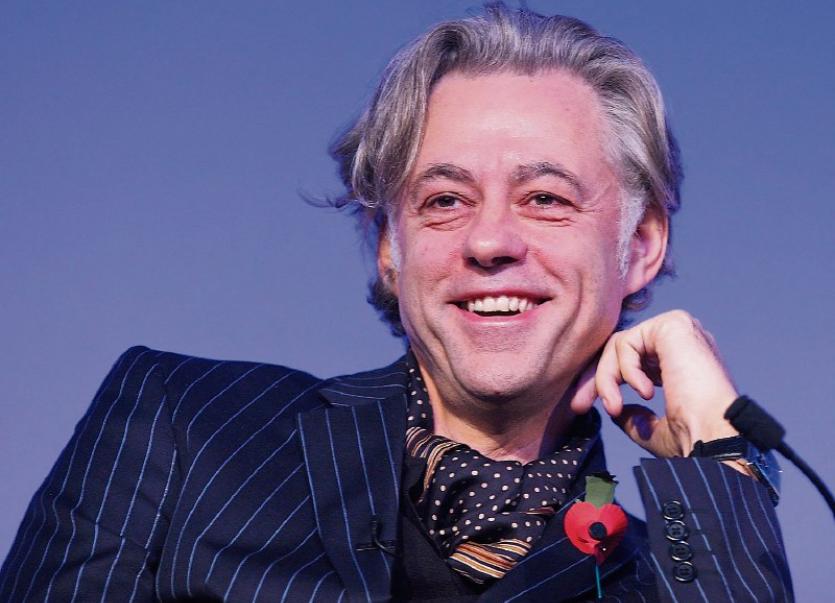 Bob Geldof appears at the UCH this Saturday night

It is 42 years since the Boomtown Rats played their one and only Limerick gig.

Long before they achieved global stardom with hits like Rat Trap and I Don’t Like Mondays, Bob Geldof’s band played the Glentworth Hotel (now The Pery) as part of the first Falling Asunder Tour in July 1976.

This May Weekend, Bob Geldof is back in Limerick as the main guest of the University of Limerick Frank McCourt Creative Writing Festival. Always provocative, controversial and outspoken, Bob Geldof will be in conversation with renowned novelist Professor Joseph O’Connor at University Concert Hall on Saturday night.

Expect a wide-ranging conversation, which will undoubtedly focus on Geldof’s love of the blues, Irish society and Brexit. Geldof’s interest in Irish poet WB Yeats will also be a major focus.

One year after that Glentworth Hotel appearance, Geldof railed against the Irish political and religious establishment on the Late, Late Show and vowed to presenter Gay Byrne that his band would be world famous.

He was quickly proven right. Fuelled by the energy of punk and new wave, the Boomtown Rats were the first Irish band to have a number one hit in the UK. Selling millions of records, their international success contributed in no small way to the development of the Irish rock music industry.

As the band’s lyricist, Geldof expressed the frustration of his peers in songs like Looking After Number One, Joey’s On The Street Again and Banana Republic. The phenomenal success of Geldof’s band however eventually came to be overshadowed by his activities as a humanitarian activist with Band-Aid, Live-Aid and as an entrepreneur.

An expanded DVD version of his television documentary A Fanatic Heart was released in late 2016 and includes readings of Yeats’ work by such luminaries as Bono, Van Morrison, Sting, Noel Gallagher and Elvis Costello.

I interviewed Geldof in 1982 for Big L Radio. Even though the fortunes of the Boomtown Rats were beginning to wane, he remained a charismatic front-man confident of his band’s abilities.

As evidenced in his best-selling autobiography Is That It? Bob Geldof is a witty, highly intelligent, complex and contradictory person. He has also written some of the best songs ever within the history of rock and roll.

Now aged 67, writing and performing music as a member of the recently reformed Boomtown Rats clearly remains Geldof’s first love and, as ‘Boomtown Bob’, his on stage energy and passion are as strong as ever.

Never shy of being forthright or rocking the boat, Geldof is, most of all, a highly entertaining speaker.

Bob Geldof appears in conversation this Saturday May 5 at University Concert Hall Limerick at 7pm. Tickets are €10 from uch.ie. The UL Frank McCourt Creative Writing Festival in Association with Shannon Airport takes place May 3 to May 6 at UL.