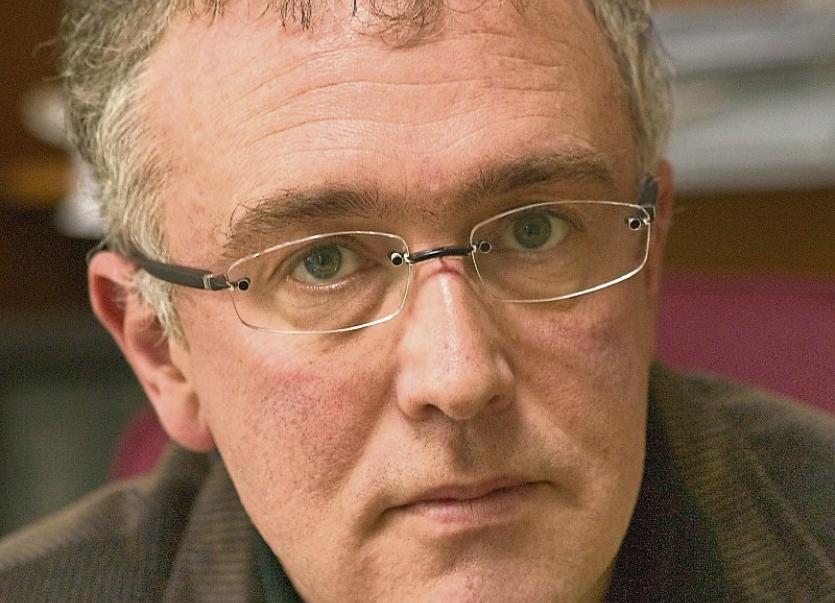 OVER 1,000 people have already booked their place at the UL/Frank McCourt Literary Festival but this figure is likely to go much higher before the festival gets underway in a fortnight’s time.

And yes, says author Joseph O’Connor who is one of the main driving forces behind this new festival: “It is a homecoming.”  And one that could become a fixture in the local cultural scene.

For the past two years, the event has been hosted in New York but this year, for the first time, it is coming to Limerick and to UL where Joseph O’Connor is the Frank McCourt Professor of Creative Writing.

“I don't know that it was always intended to alternate between the two places, but that's the way things have developed,” he said this week.

“I started to think, great, it's being going wonderfully in New York, but Frank was a man of two cities, and we need to do something that reflects that.”

“And if the Limerick end of the Festival is successful this year, we'll continue to alternate in future years, or maybe even hold it in both cities over the same summer.

“One of the reasons for holding it in Limerick this year is to gauge the interest. So far, I am absolutely delighted with how that's gone.”

So far, he said, some 1,000 people had booked for different events, including 250 second level student,  but he is hoping to hit or even surpass 1500.

The festival, which runs from Thursday, May 3 to Sunday, May 6, is a very broad one, open in outlook and with strongly original elements, Prof O’Connor stresses, “I want the Festival to offer something to everyone in Limerick: writers and readers, young people and older, students and people who have rarely been to the UL campus.

“It's our way of saying we want to do something excellent for Limerick and we want everyone to feel welcome.  You don't have to be a big-time literary reader to come along - though, if you are one, you are welcome.”

And in the spirit of a broad and open festival, most of the events, he pointed out, are very keenly  priced.

“Thanks to the generosity of our sponsors, Shannon Airport, we've been able to keep ticket prices for the events very low, a fiver, for example, for Marian Keyes, and for Kevin Barry and Julian Gough.”

In addition to these writers, Prof O’Connor continued, there will be poetry with Mary O’Malley and Martin Dyar, a talk/interview with activist and singer/songwriter Bob Geldof (“who wrote some of the most powerful songs of my generation”) and a Food and Storytelling brunch with food writer Rachael Kealy. “ We'll have the hugely entertaining and interesting Prof Eoin Devereux lecturing on Punk Rock and Creativity, the talk including live performances from his band, Section 17.”

Only a handful of places are now left for  Creative Writing classes which will run like a roaring river though the festival, and which will be taught Donal Ryan, Sarah Moore Fitzgerald and the American memoirist Kerry Neville.  “We see this teaching aspect of the Festival as immensely important,” Prof O’Connor said. And of course, it sits well with the Frank McCourt legacy.

Go to frankmccourt.ulfoundation.com to snap up the places. There will also be a recording for Sunday Miscellany on the final day of the festival, involving writers and musicians associated with UL.

All details of events can be found on the UL website or on Limerick.ie