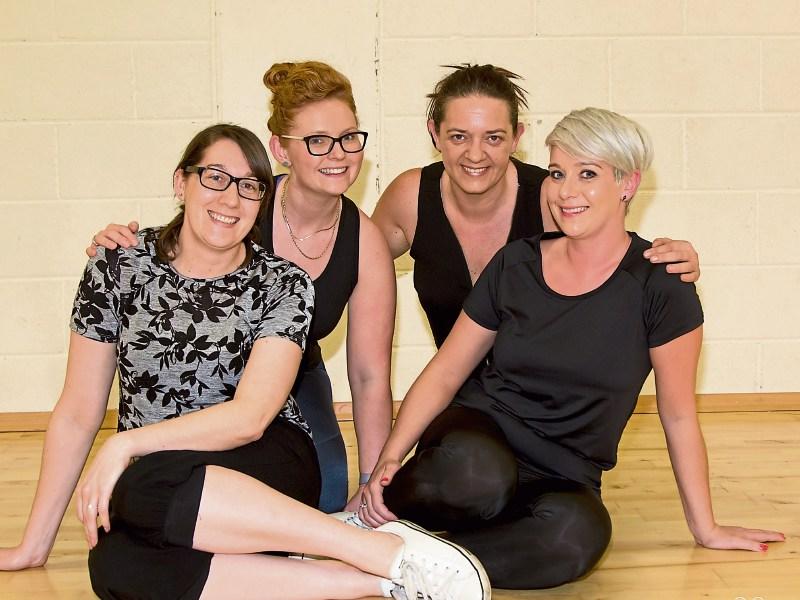 WITH just days to go, Lip Sync fervour is at fever pitch in Knockaderry and Clouncagh where up to 60 people spanning a number of generations are getting ready to battle it out for the champion’s title on February 24.

And, according to the organisers, there is no shortage of star material or of humour as the Knockaderries, the Drama Queens, the Halla Backboys and the Backfield Boys along with nine other acts put the final touches to their “turn”.

Rehearsals are now twice a week, said Orla Ambrose, secretary of the Knockaderry Clouncagh Camogie Club which  is co-hosting the event in partnership with the local GAA club.

And she predicted: “It will be hell for leather (in) show week.

“The response has been fantastic,” she added. “People got their groups together and jumped on board.”

And that enthusiasm has rippled out right through the parish.

“The community is backing it all the way,” Ms Ambrose added.

The response to the fund-raising has always been superb. All the acts have been busy raising sponsorship both face-to-face and on-line and there has been very good support from neighbouring parishes.

But the Lip Sync Battle is just the culmination of a bold and ambitious campaign of fund-raising which began last autumn and has continued throughout the winter in a series of events, some as late as last weekend.

The money will be used to provide running expenses for both the GAA club and the Camogie club but a large part of it will also go towards a capital development fund.

“The immediate aim is getting the pitch sanded, with maybe additional drainage and that is going to cost a lot of money,” Ger Corkery, GAA secretary explained. “It is in good nick but we want to improve it.”

Dug-outs and club rooms also need to be improved and further down the line, they hope to build a ball wall for practice.

“This is our one big chance for a major fundraiser and to make sure the future is set up for the next generations,”  Ms Ambrose added.

Tickets for the event cost €20 per person and can be obtained from Orla Ambrose, Zara McGrath, Mag Bridgeman, Mary Colum or any member of the organising committee.