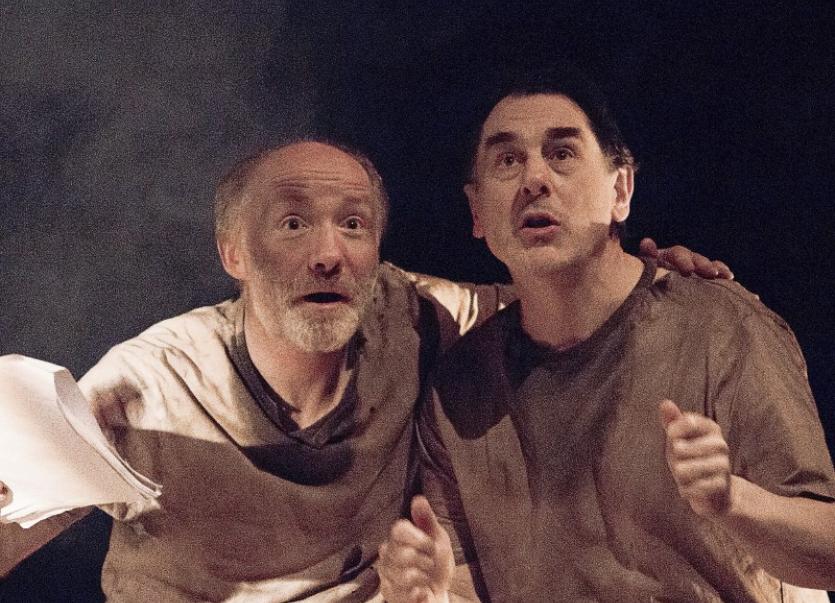 Diarmuid De Faoite and Simon Coury in Decadent’s Someone Who’ll Watch Over Me, running in the Lime Tree this Saturday

FRANK McGuinness’ timeless play Someone Who’ll Watch Over Me comes to the Lime Tree Theatre in Limerick this weekend.

The tale of an American doctor, an Irish journalist and an English academic being held captive by terrorists in Beirut, the play is being produced by Decadent Theatre Company, with direction by Andrew Flynn.

Inspired by the abduction of Brian Keenan, who was taken hostage in Lebanon in the 1980s, Someone Who’ll Watch Over Me is playwright Frank McGuinness’s hymn to the defiant power of the human spirit and the creative imagination, Decadent say.

It sees the trio of characters display national biases and prejudices which are intensified in the cramped confines of their cell as they jest and they argue but are supportive in their mutual determination to survive.

An emotional journey for an audience through the men’s fear and horror, friendship and fellowship, humour and hope, Someone Who’ll Watch Over Me takes to the Lime Tree stage this Saturday, February 10 at 8pm.

Meanwhile, the Abbey Theatre announced details of its Out of the Abbey touring programme for 2018 this week, which includes Jimmy’s Hall, the must see show of last summer, which opens in the Lime Tree before going elsewhere, from July 14-21.