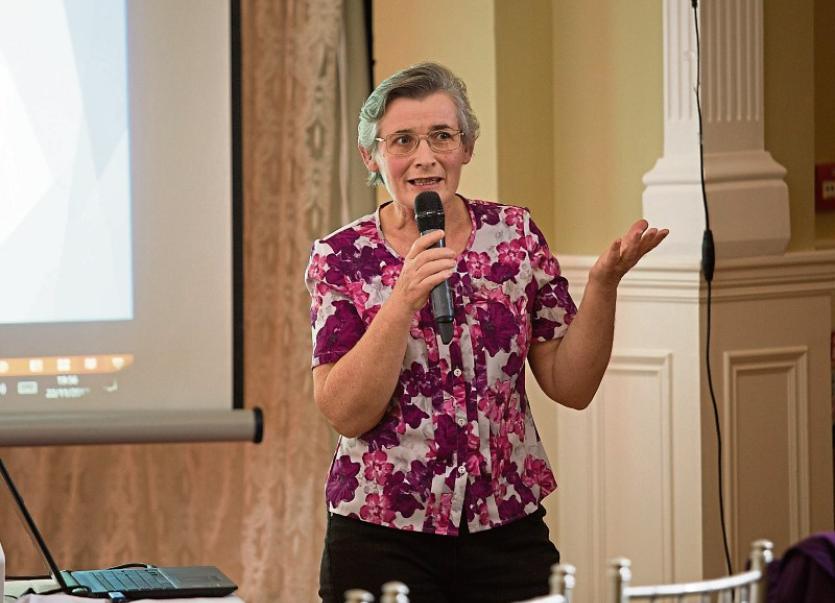 Mary Kury, Ardagh is the author of the book to be launched in the village next week

ARDAGH in Limerick is probably best known for the Ardagh chalice, the eighth-century gold and silver altar cup which became the inspiration and template for the Sam Maguire Cup.

But a new book, to be launched next week, will spell out in detail other bits of Ardagh’s story which deserve to be better known.

Written by local woman, Mary Kury, the book, simply called Ardagh, traces the story of the area from early, pre-Christian days. In its broad sweep, it places the local in the context of big historical events such as  the Desmond Rebellion, the Munster plantation, Catholic emancipation, the Famine and the Land War.

It also looks at socio-economic aspects of life such the coming of the railway to Ardagh, the setting up of the creamery and the area’s cultural heritage.

But Mary Kury gives plenty space too to what she considers the three most notable aspects of Ardagh history: the Ardagh chalice, the Fenian Rising and William Smith OBrien of Cahermoyle House, founder of the  Young Irelander movement, rebel and local landlord.

The book, Mary explains, has close to 450 pages with over 400 illustrations including photographs, maps and other documents. It also has a section of poems and songs.

One of the  book’s great strengths are the dozen appendices, cataloguing townlands, land ownership, school rolls from the 19th century and other primary source material. These, Mary explains, contain information that will be very valuable for genealogical research.

“The school rolls, for example, are very interesting,” she continues. “People didn’t always register births but the school rolls let you see family size and also the date of birth of each child.”

And the townland census information, going back to 1654 and up to the early 1900s, tells a valuable geo-political story,  creating a picture of who owned what and when.

Mary has spent the past four years shaping and writing and pulling material together for her book. “A lot of it is based on my dad, Jerry McMahon’s research,” she explains. His passion was for local history and he gathered up large amounts of primary source material, lists and facts, spending much of his spare time in dusty archives.

“I took up  the baton when he passed away and I have been doing my own research also,” she says. “The whole idea was to put Jerry’s research out there.”

Happily, the book is being launched in time for Ardagh’s big year of celebration to mark the 150th anniversary of the finding of the Ardagh chalice in September, 1868. And the hope is that it will inform people not just about that particular event but the area’s wider history and importance.

But already, Mary is looking ahead to the next publication. The Ardagh Heritage Society of which she is secretary, is hoping to take material collected in local schools by the Irish Folklore Commission in the 1930s and reproduce some of it in little booklets under various headings.

Before that, however, is the  launch of the book,  Ardagh, which will take place in Ardagh Parish Hall on Saturday, December 9 at 7.30pm. Liam Irwin, retired lecturer in history from Mary Immaculate College will launch the book, copies of which will be available for sale on the night, priced at €30. The book is over 400 pages in length.