Liam O'Brien is still Crooning all the hits this Christmas season 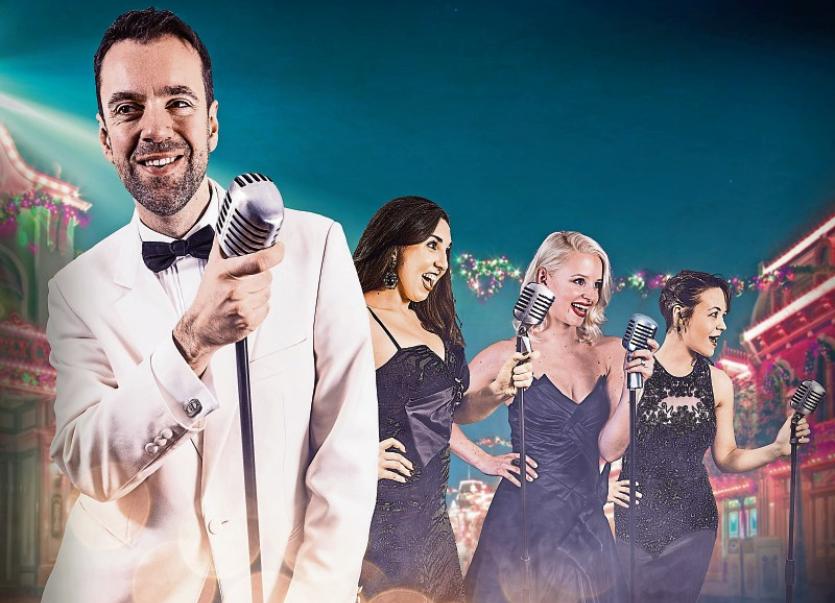 CROONER Liam O’Brien is back this Christmas with his annual celebration of festive swing.

The Limerick musician and thespian – former Emmerdale actor – returns for a hugely impressive 12th year for Crooning at Christmas next week in Dolan’s Warehouse.

Liam and his supporting cast, including singers Jessica Bray, Dora Gola and Emma Langford, and the Million Dollar Swing band of Peter Hanagan, John Daly, Xavi Gomis and Bryan Meehan, perform the show in Dolan’s on December 22, for one night only.

“After celebrating ten years a couple of years back and playing some of Ireland’s most wonderful venues, we are so excited to be continuing this long Christmas tradition of Crooning now in its second decade, and of course where it all began in Limerick,” Liam, who played Dean Martin in ‘The Rat Pack – Live from Las Vegas’ on a recent UK, European and American tour, said.

Liam came up with the show with his Dad Tim, now sadly passed on, and to this day still performs the show in his honour.

Expect all the classics including Bing Crosby’s White Christmas, Dean Martin’s Baby It’s Cold Outside and Frank Sinatra’s Have Yourself A Merry Little Christmas, among many more, Liam says.

Tickets are available for the December 22 show now on www.dolans.ie.