Whirlwind Tommy Tiernan is Under the Influence 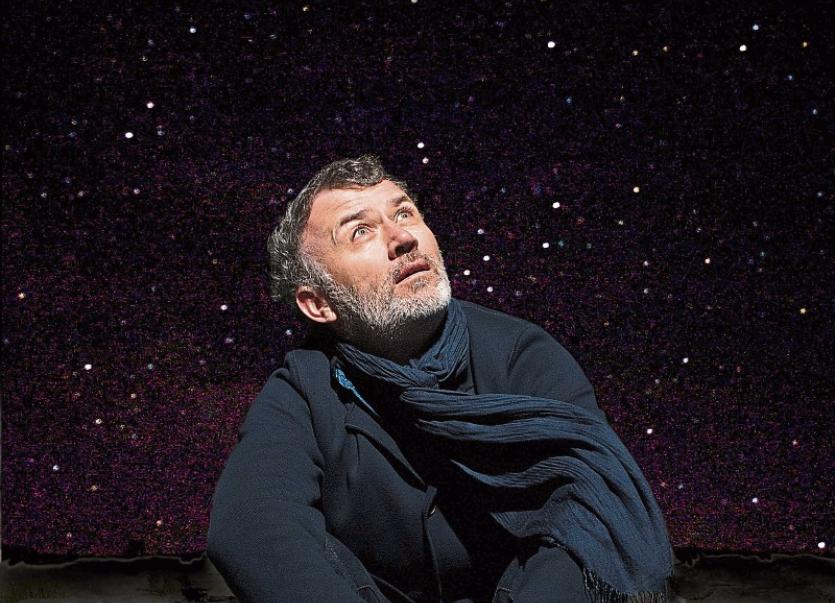 WHEN he takes to the stage, Tommy Tiernan admits, something comes over him, a higher power that gives him a confidence to say what he might no otherwise in the cold light of day.

The comic maintains a deep connection with his audience through his performance, largely using the delivery of his words. His shows are always side splittingly funny too.

Tiernan's new tour is called Under the Influence and the funnyman says that, when he is on stage, “I am not myself and I am under the influence of something”.

“Now it is not drink or caffeine, but I am definitely in the grip of something bigger than myself for the duration of the show. I say things on stage I wouldn’t dream of saying off stage. I have a confidence on stage that I wouldn’t off it.

“It is kind of like I have the special powers of a bishop when I am at the altar of the microphone. When the bishop goes into the sacristy he is human again, once he takes off his robes and when I slip out of the light, I am back to Tommy Tiernan. But on stage, I am definitely lit up, for sure,” he laughs.

Like a lot of comics, titles are important to Tiernan – the tour prior to this was the Stray Sod, a “nod to the notion that there are fields in Ireland that have mystical patches.

“I was kind of interested in that as the show being a stray sod, and once you are in the realms of the show, reality gets blurred. That was a good, subtle inspiration for myself every night going out doing the show,” Tiernan explains.

His latest DVD, Out of the Whirlwind, was filmed at The Gilded Balloon, part of his month long run at the Edinburgh Comedy Festival earlier this year, a title which he says had “two meanings; one that the show is coming from a place of great chaos.

“That there is an internal – it is mainly wind – energy to it, that is chaotic,” he laughs. “But also maybe that the storyteller isn’t in the whirlwind any more himself. Yet, I think if we tie it down too much, it loses its strength.”

A fan of popular culture, Tiernan regardless believes that the laughs are “stronger, more intense and more often” at a comedy gig because of the community between audience and comic. His source material typically revolves around his own interpersonal relationships and chance encounters – rarely the political, but yet, he says he is becoming “more engaged”.

“What you would hope for is that your take on things is unusual and then, in a way, it doesn’t matter what you are talking about. You could be talking about one of your kids or Chairman Mao, and they do have things in common,” he laughs.

“I will go where the momentum takes me - if that is to talking about Trump or Brexit or Africa, I will go that way, but it is more about momentum than topic.”

Tiernan, now 47, who has been a comedian for more than two decades, says he is “still interested in doing what I do”. But yet, he laughs that, “I only have a limited shelf life, I am not a cactus, I don’t go on forever. There are still things that I want to explore. Now whether you find things to explore because you have to explore something, or whether you are genuinely interested, is kind of debatable.

“But I definitely have things I am keen on talking about and trying to explore comedically - and I suppose the challenge of standup is that, whatever you might be interested in, in your life, you are not permitted to talk about it, unless you can do so in a funny way.

“It is a strange dynamic, because an audience bring their expectation and you bring your interests, and a third thing which is called the ‘show’, is then created out of these two. It is like an unholy trinity.

“It would be an ever decreasing circle of appeal if you were just talking about the things that interested you. The challenge with stand up is to make them funny, that is what you have to do, and the rewards, if you manage to do that, are phenomenal

“I think if you knew when you were going to stop being interested in something, you have already started not being interested. I was very taken with Leonard Cohen releasing an album at the age of 82, Bob Dylan is still touring at the age of 75, so yeah, I would love to be able to offer some comfort to those who are not fans that the end is nigh, but I can’t see it myself,” he laughs.

- Tommy Tiernan plays the UCH on December 7 and 8. The Limerick Leader has a pair of tickets for the December 7 gig to giveaway, plus two copies of his new DVD for runners-up. Email competitions@limerickleader.ie with 'Tommy Tiernan' giveaway in the subject line and include your contact details.