Red carpet is rolled out for Limerick primary school filmmakers 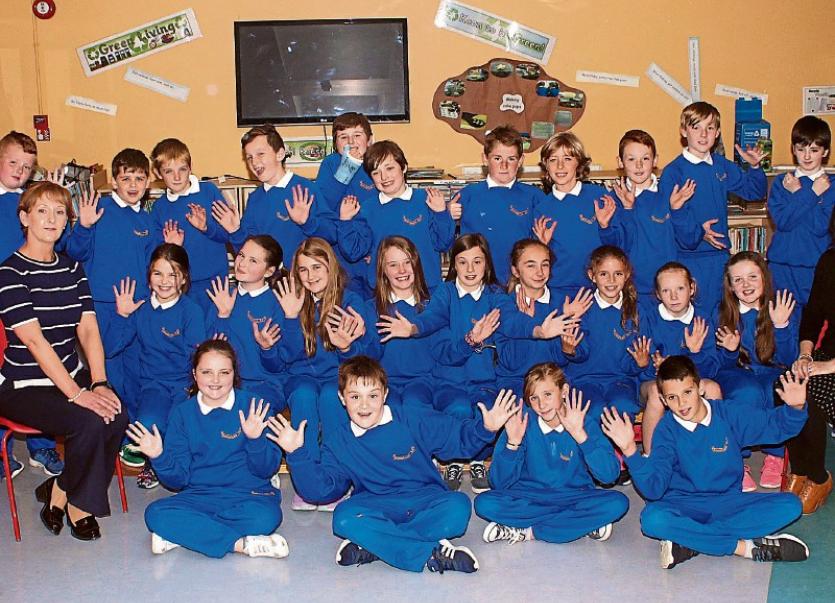 DONOUGHMORE National School was turned into the Savoy cinema on Tuesday night for the premiere of a new short film – Easter Raid.

Guests of honour were the 24 stars and makers of the movie – the school’s fifth class. It was shot when they were in fourth class under the expert direction of teacher, Aoife Quigley, who was inspired by the Charlie Chaplin festival held in her home town of Waterville.

The boys and girls jumped at the idea and came up with a story-line. They even had a perfect shoot location in an old school building.

“It is about a teacher showing children how to count  chocolate eggs in Irish. A visitor comes to the school so she puts the eggs away and some bold boys take them. After the children go on their Easter holidays she has a cup of tea and plans on having a chocolate egg but they are gone. The guards are called and there is an investigation,” said Ms Quigley.

Through parent George Lee, she got in touch with filmmaker Steve Hall who came to Donoughmore and shot the movie.

“If it wasn’t for George we wouldn’t have a film. He was brilliant,” said Ms Quigley.

As well as the new experience it covered English, Irish, drama and art.

“It was a fantastic project and it is something they will remember. Maybe they will give us a mention when they win an Oscar!”