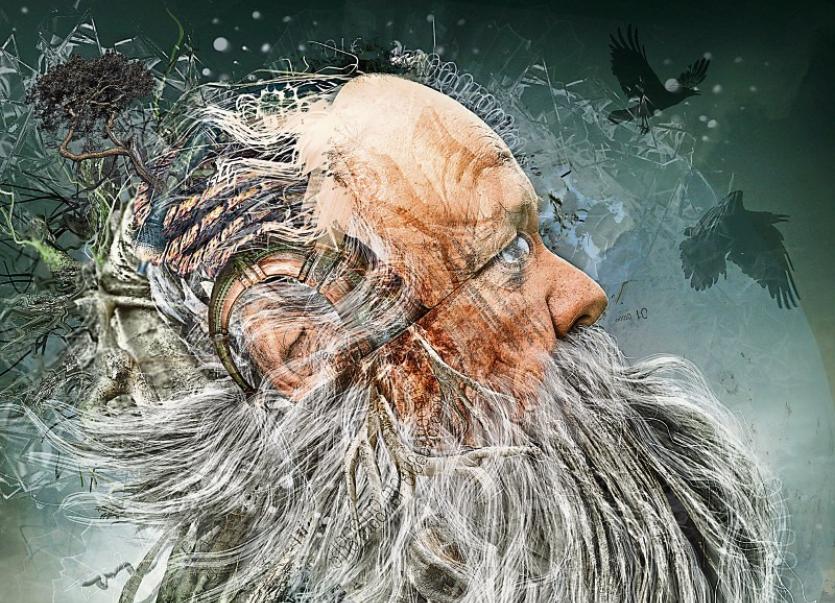 Ken Coleman’s piece, Slartibartfast, now hanging in the Hunt for the month of June

LIMERICK photographer and digital artist Ken Coleman has unveiled a new work, marking him as the Curator’s Choice for June at the Hunt Museum.

Ken, 35 from Lisnagry, has seen his piece, Slartibartfast, a portrait of UL lecturer Dr Mikael Fernström, hung on the walls of the museum, selected by Naomi O’Nolan.

The artist explained that the work started life in 2015 as part of his “ongoing portrait project”.

“I chose Mikael as my subject matter as he has always been very encouraging towards my work and also has been a great friend to the Hunt Museum over the years,” explained the UL interactive media graduate of his former lecturer.

“The piece is a combination of photography and digital painting with some 3D elements incorporated. Elements of Mikael's Swedish background have been included through the trees representing Yggdrasil from Norse mythology, as well as images of technology representing his electronic background.

“There are elements of the Hunt museum’s own collection included in the piece to tie it together. It is my own style that I have developed and I have had these pieces in my head for a while,” he explained.

The piece went on display on Wednesday morning and will remain for the month of June, Ms O’Nolan said.

Ken featured in the Limerick Leader last week for his stylised portrait of the Cranberries, taken during recent rehearsals at the Irish Chamber Orchestra ahead of the band’s return to the stage - for the first time since 2012 – this Friday night in Poland.

He also took a snippet of promo video of the group for the upcoming tour, an initial 10 dates the Cranberries will play before the end of September in Europe and the US.

Ken has collaborated with local bands on similar projects and is also working with an American death metal band, but said it was a “nice step up” to work with an act of the profile of the Cranberries, who have sold an estimated 40 million albums worldwide.