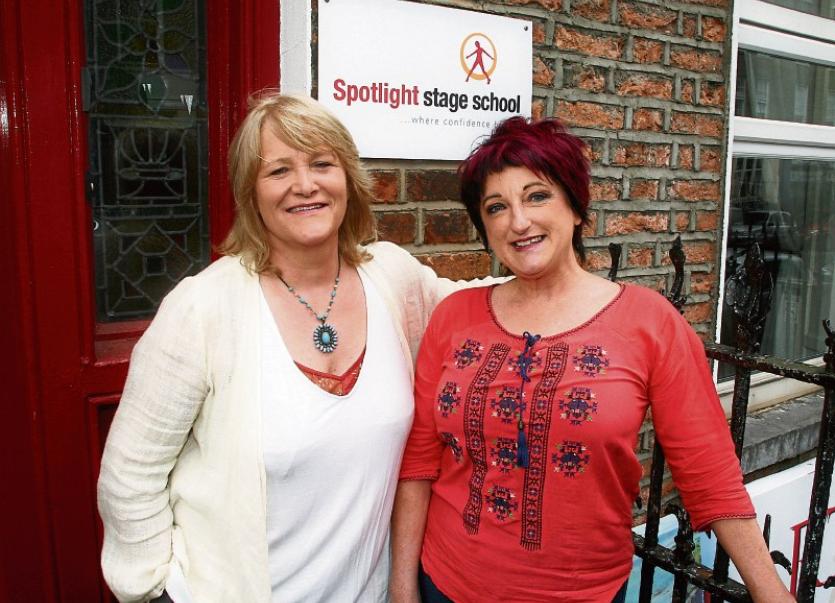 MORE than 300 rising stars will take to the Lime Tree Theatre for the first time, to mark the success of Spotlight Stage School, which has introduced young minds to the magic of theatre for the past 30 years.

On Saturday and Sunday, May 21 and May 22, Spotlight will present their summer show, Shine, which has already seen two sell-out slots so far.

Spotlight coordinators, Judy O’Connor and Margaret Haugh told the Limerick Leader that they are “thrilled” to be celebrating a new milestone within the school, which has been operating out of 97 O’Connell Street since 1987.

“Our ethos is still the same,” Ms O’Connor enthused. “Our ethos, really, is to build confidence in children, through the different disciplines that we teach.

“And even though some of our children have gone off into the arts, it is not really about that, at the end of the day. It is about giving them the confidence for whatever they will do. There is also a huge emphasis there on friendship.”

She added that the school has instilled a great deal of confidence in children starting out.

“You would have some children, where it might be their first year starting out, and they are feeling a little bit nervous about stepping up on a stage. And before they know it, they come off the stage and they have changed. It really lifts their confidence,” she explained.

Shine invites the audience to enter the imagination of a young girl who is struggling to become a writer, and is described as “an exciting musical whirlwind for all ages”.

“The title epitomises what we are about as well, insofar as we give all our pupils a space to shine and to develop,” Margaret said.  “And that is appropriate for our 30th anniversary. The show is a mix and gathering of so many different things. We have elements of Oliver, a modern take on Charlie and the Chocolate Factory, we have Treasure Island, Mary Poppins, and in the second half, we fall into a mayhem of wonderland.”

The two thanked the board of trustees of the Limerick Protestant Young Men’s Association, which has provided the space for Spotlight for the past 29 years.

On both dates, Shine will be presented at 3pm and 7.30pm.