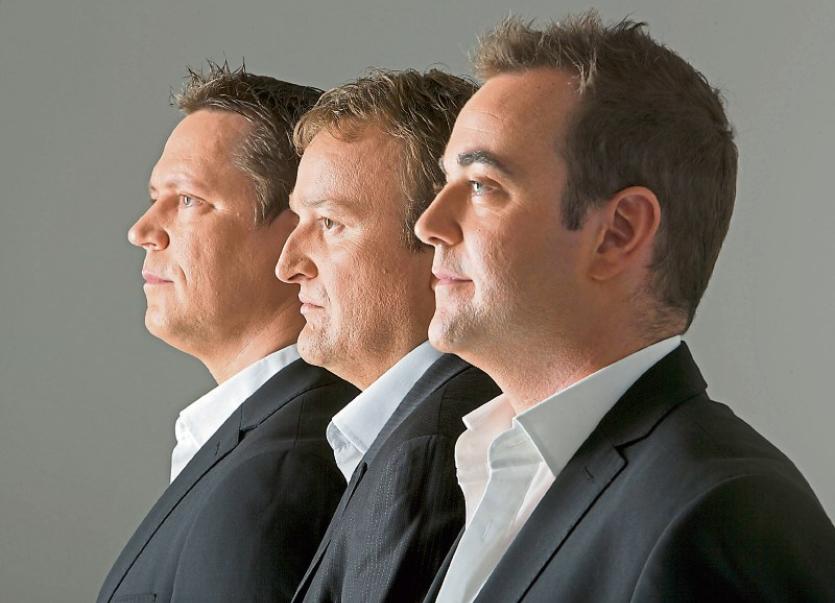 THREE of Irish country music’s biggest stars have mounted up and are back in the saddle for another tour together after a break of several years.

The Three Amigos of Robert Mizzell, Patrick Feeney and Limerick’s own Jimmy Buckley return for a tour following a break of nearly four years, with an appearance this Wednesday, January 27 in the University Concert Hall.

The trio, heavyweights on the country music and social dancing scene around Ireland, took the break because of the serious demands on their own time from burgeoning solo careers, but Doon man Buckley says the lure of performing as a trio together on stage drew them back.

“When the Late Late Show country special was coming on, they had asked if we would come back and reunite as a collective to perform,” he says. “It got such an unbelievable reaction and the magic is still there and the tour is a sell out everywhere we go at the moment.”

The trio recently performed again together and chatted to host Ryan Tubridy on the Late Late, offering a taster of the live show, which is, Jimmy argues, “original, there is no other show out there like it”.

“It is the fact that we gel so well, the audience are on the edge of the seat from start to finish and we cross over all genres of music. The audience love it - they see us in a different light than they normally would and that in itself gives them something to be buzzing about,” he says.

Dashes of comedy abound as the Three Amigos perform “a mix of well-choreographed comedy sketches and lively banter with a repertoire of some of the world’s best known country and Irish standards,” according to the press material with the show, plus a selection of the hits that catapulted all three to the forefront of the country music scene.

“I think the novelty for the audience is seeing the three of us on stage at the same time,” he says. “We are on stage the whole night together, we do the medleys, we have the bit of banter between us. The two boys are terrific with the one liners and it is all worked into the show.”