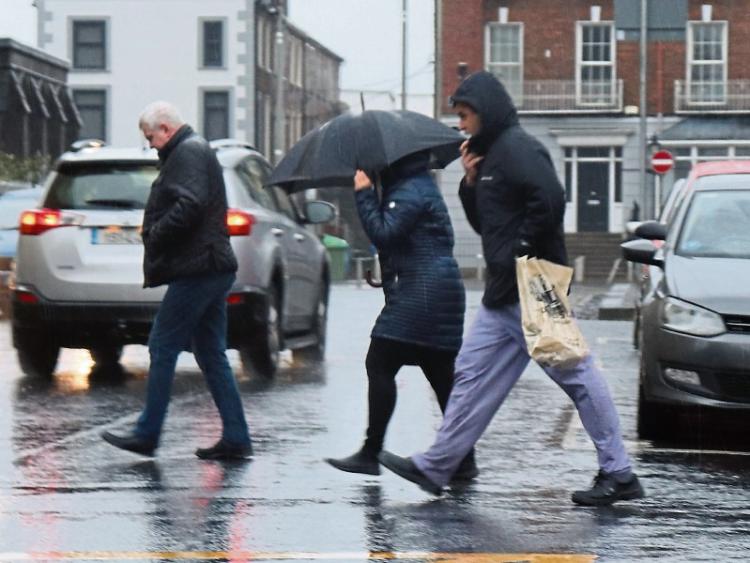 MORE than 2,500 homes and businesses across Limerick are without power as Storm Brendan bears down on Ireland.

A status orange warning remains in place until 3pm with Met Éireann warning of potentially life-threatening conditions in places.

#StormBrendan is clearly visible on this EUMETSAT Airmass image. More information on this type of image at https://t.co/WYsDe0gVIz pic.twitter.com/0PAriX0ywv

More than 21,000 customers are without power across the country – with the southwest worst affected.

We apologise if you have lost power supply during #StormBrendan. Please see https://t.co/cwxXH3X4kM for updates, if your area is NOT listed you can log your fault or get updates using your MPRN number here https://t.co/YdAR3mYBDE pic.twitter.com/O50FQrRsUh

Separately, a number of flights into and out of Shannon Airport have been cancelled or delayed and intending passengers are being advised to contact their airline before traveling to the airport.

Ryanair flight FR4776 from Manchester, due to arrive in Shannon at 9.35am and flight FR103 from London Stansted, which was due to land at 10.30am, were both been diverted to Cork Airport.

@Ryanair flight FR4776 from Manchester, due to arrive in Shannon at 9.35am & flight FR103 from London Stansted due in at 10.30am, have both been diverted to @CorkAirport

Passengers will be transported to Shannon via bus.#StormBrendan

Limerick City and Council says the high tide at 8am this Monday passed without any major incident.

Council crews are on standby to deal with any issues which may arise across the day.