Game of Thrones star admits leaving the show was 'tough' 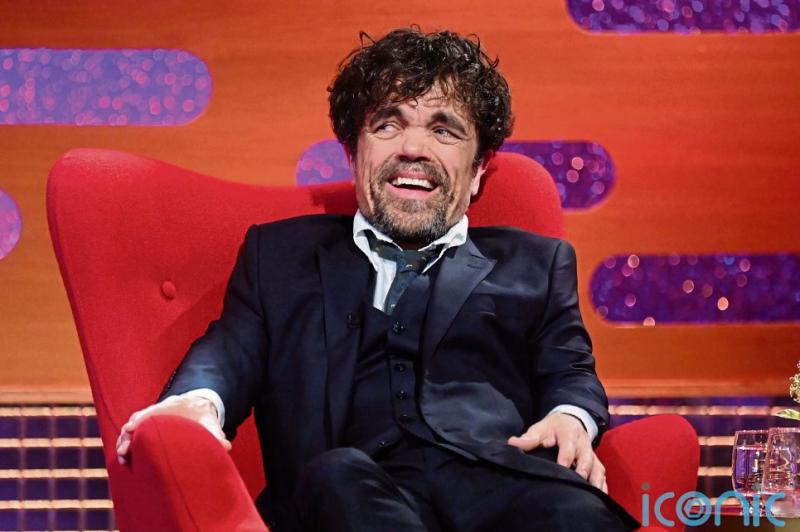 Game Of Thrones star Peter Dinklage has said the “hardest thing to walk away from” when he left the show was the life that went with it.

The actor, 52, who portrayed scheming nobleman Tyrion Lannister in the hit fantasy drama series for a decade, said the cast and crew were “family”.

Appearing on the New Year’s Eve episode of The Graham Norton Show, he said: “It was time to move on, as hard as it was.

“We normally go off for a couple of months and have great friendship and you don’t see each other again, but this was a family – I lived in Ireland, so for me it wasn’t just the show, it was a life, which was the hardest thing to walk away from.”

In the special hour-long episode, comedian Joe Lycett revealed he was a long-time fan of the show but had an “issue” when popstar Ed Sheeran made a cameo appearance.

Lycett, 33, said: “I am a big fan of the series and watched the whole lot.

“I love Ed Sheeran, I love Game Of Thrones, I didn’t love the Venn diagram where they crossed over. It took me out of it.

“If you’re going to put them in do it properly and kill them, really kill them. I wanted him singing Shape Of You while Peter is going at him with an axe!”

Award-winning actor Dinklage added: “I think it was because we just wanted rock stars around. A lot of those deals were probably done at the pub and then when they actually turned up it was like ‘Oh no, now we have to write a scene for them!'”

Dinklage can next be seen playing the “romantic lead” role of Cyrano de Bergerac in musical film Cyrano.

His character becomes entangled in a love triangle when he is too self-conscious to pursue the woman he is in love with and instead helps a young man win her heart by writing love letters on his behalf.

He said: “As performers we are all hopeless romantics.

“I’ve played my fair share of fun supporting characters; bad guys, and crazy people, but as the romantic lead you get to tell the whole story rather than just show up for certain scenes.”

Talking about the opportunity to do some swashbuckling, he added: “I really enjoyed it. You feel like you got something done during the day.

“Acting can be so abstract but with sword-fighting you actually feel like you’ve been to the gym and it’s job well done.”

Dinklage previously played the role in a stage musical written by his wife Erica Schmidt which was an adaptation of the French play written by Edmond Rostand.

The Graham Norton Show is on BBC One on Friday December 31 at 10.20pm.