Then & Now: The many facets of the bard from the Ballyhouras 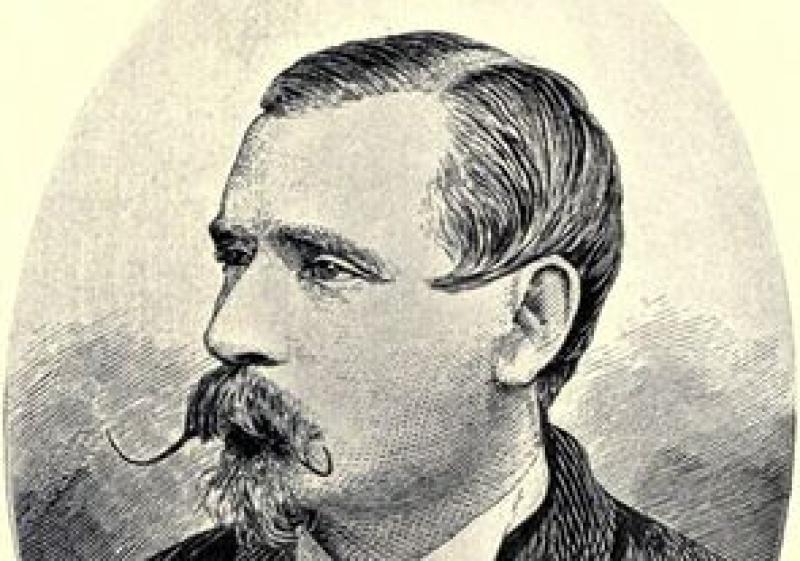 A plaque inscribed in Irish and English marks the house in Glenosheen where the Joyce brothers lived. It is sign-posted from the road between Ardpatrick and Kildorrery

ROBERT DWYER Joyce was born in Glenosheen in 1830 and like his brother Patrick Weston Joyce, was educated in local hedge schools.

At school he was soon to prove himself of more than average intelligence, displaying in particular an aptitude for languages.

While still in his teens he entered the service of the Commissioners of National Education and trained as a teacher. For several years he continued to study under the direction of his brother.

He replaced Patrick as principal of Clonmel Model School when he was chosen by the Commissioners, to do a special course of study in connection with the reorganisation of the National School system.

In 1857 he resigned his post as teacher and went to Queen’s College, Cork where he studied medicine, taking his M.D. in 1865.

During his time there he won a number of scholarships and prizes, but since these sources were not adequate, to keep him and pay for his studies, he supplemented them through part time teaching and through his writings.

He contributed poems, articles and stories to such papers as The Nation, The Harp (Cork) The Dublin Saturday Magazine, The Celt, The Irishman, The Irish People, (this was the organ of Fenianism) and The Universal News. The latter a Catholic paper published in London, the editor at that time being John Francis O’Donnell, a gifted young Limerick poet.

Robert’s contributions to these papers usually appeared above the pen name Feardana, or sometimes Merulan.

While on his travels, he collected fragments of an old song 'The Boys of Wexford' and composed new words to suit, keeping the same title and it was published in December 1960, in his first collection of poems under the title Ballads, Romances and Songs.

This is the collection which in a later edition and with additions, was to appear under the title Ballads of Irish Chivalry. Some twenty years later 'The Boys of Wexford' became a rallying cry among activists involved with the Irish Land League movement. It was published in the Land League Song Book.

His first love was literature, and even after he had taken his M.D., he accepted the post of Professor of English Literature in the Preparatory Department of the Catholic University in Dublin.

Soon after he was elected a member of the Royal Irish Academy, his sponsors being the Earl of Dunraven and Professor Kells Ingram, the latter author of the famous song Who fears to speak of Ninety Eight.

He was under observation by the authorities at this time because of his association with the Fenian movement. When the Fenian Rising failed to come off he was extremely disappointed, and he left Ireland and sailed for America.

His reason given was that British rule in Ireland did not suit his ideas of freedom.

It was said that he departed for Queenstown (now Cobh) in the dark in the early hours of the morning. He settled in Boston where his career, both as a doctor and a literary man was crowned with success.

He published two volumes of Irish tales in prose, Legends of the Wars in Ireland and Irish Fireside Tales in 1868 and 1871.

Dr. George Sigerson had this to say about his work: They were not of that literary school which seemed as perfect and as trite as if they were machine made.

On the contrary they had a certain wildflower freshness about them which recalled the rivers, glens, and mountains, the romance of love in sylvan glades revels of moonlight fairies, feats of daring and unknown vivid legends of the land we love.

Joyce had a remarkable knowledge of the local history and legends, of the South and in particular he was steeped in the lore of his own Ballyhoura country.

Only a man who loved the traditions of the people would have amassed such a great store of local knowledge as he possessed. And his familiarity with every hill and glen could only have come from his having explored them all again and again.

Small wonder then that his native district should figure so often in his songs, a sample being from the poem 'The Well of the Omen'. The opening lines of which are:

At morn up green Ardpatrick the Sunday bell rang clear,
And downward came the peasants with looks of merry cheer,
With many a youth and maiden by pathways green and fair,
To hear the Mass devoutly and say the Sunday prayer,
And the meadows shone around them while the skylark’s gay were singing,
And the stream sang songs amid the flowers and the Sunday bell was ringing.

After seventeen strenuous years in Boston, his health began to fail, and he decided to return to Ireland.

On the day of his departure a large party of the chief citizens escorted him on board the Cunard steamship Marathon to give him a loving goodbye.

He will long be remembered by the poor Irish population of Boston, for he was as ready with his dollars to relieve their necessities as he was with his medical skill to alleviate their ailments.

Robert Dwyer Joyce died in the home of his brother Patrick in Dublin on October 24, 1883, and he was buried also in Glasnevin.

The Irish Times report of his funeral a few days later had this to say of him: He was greatly beloved in Boston, which he left with the good wishes of rich and poor alike.

It is worth noting that he also wrote another ballad about the United Irishmen, 'The Wind that Shakes the Barley', the title which was used for Ken Loach's 2006 film about the Irish War of Independence.

During the First World War 'The Boys of Wexford' tune was played on the battlefields of France by the band attached to the 6th Battalion Royal Irish Regiment. When President John F Kennedy visited Wexford in June 1963 'The Boys of Wexford' was repeatedly played by bands and sung by choirs and hundreds of children treated the President to a spirited rendition of the ballad at the O'Kennedy GAA Park.

In 1964 to mark the first anniversary of his death, twenty one of those young choristers were flown to America to perform the ballad again on the Ed Sullivan Show. The second verse:

And when we left our cabins , boys, we left with right goo
To see our friends and neighbours that were at Vinegar Hill,
A young man from our ranks, a cannon he let go,
He slapt it into Lord Mountjoy, a tyrant he laid low.

It is only right that the brothers Robert Dwyer Joyce and Patrick Weston Joyce’s, contribution to their native place is remembered and recalled in a festival on a regular basis.