Then & Now: Strike up the fiddles for Newport Tradfest

Number of talented musicians to descend on north Tipp town 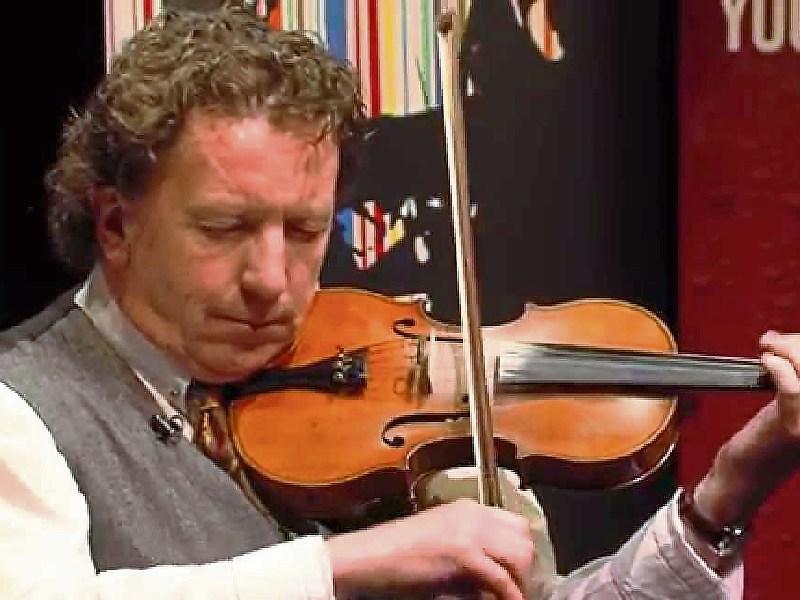 The highlight of the weekend will no doubt be Saturday night in The Freigh Inn, where maestros Frankie Gavin (pictured) and Noel Hill will be joined on stage by Brian McGrath and singer Monica Brennan

THIS WEEK we revisit Newport where the fifth Trad Fest weekend takes place from Friday, December 6 to Sunday, December 8. The parish of Newport in North Tipperary stretches from the foothills of Keeper Hill as far as the Shannon river, taking in the picturesque villages of Toor and Birdhill as well as Newport itself.

Newport is a small, mainly residential town, situated in an area of great natural beauty.

The parish of Newport developed from the amalgamation of the old civil parishes of Kilvellane, Kilnerath and Kilcommenty in 1823. Historical records place it in the diocese of Killaloe, with the rest of North Tipperary, in 1118, as it belonged to the territory of Ely O'Carroll. However it was annexed to Cashel because of the influence of the Butlers of Ormond over the barony of Owney and Arra.

The town was originally known as Tulla (or Tullow) and was developed by the Wallers, but it is thought that the name originated with the Waller associates, the Jocelyn's. Robert Jocelyn was born in England but served as MP for Longford in 1725 and for Down in 1727. He became Attorney General in 1730 and was appointed Lord Chancellor and Speaker of the Irish House of Lords in 1739. He acquired a large estate in Newport in the 1730's and was the owner of Newport town, then known as Tullo. He built a large house on his estate in the townland of Portnacasky.

By placing the prefix 'New' before it and dropping the Gaelic sounding ending, Jocelyn quickly transformed the name to the more acceptable English version - Newport. His residence became known as 'Newport House,' the new town integrated with the old 'Tullo' and Jocelyn was created 'Baron of Newport' in 1743. The house had fallen into a ruinous state by the mid-19th century and the Wallers had acquired all the lands. However, a link with the past is maintained in the old Irish name Tulach Sheasta (the hill which stands).

In the 2002 census, 887 persons lived in the town - the population of the District Electoral Division was 1,641. The town's population had increased to 1286 in 2006, a clear indication of the influence of the building expansion which accompanied the Celtic Tiger. By 2016, the census figures showed 1,995 living in the town, making Newport the fastest growing town in the county.

Newport enjoys a good level of prosperity, has a strong community base and is well served with educational and professional services. There are two secondary schools and two primary schools within the town, catering for up to 1,000 students, with primary schools also in the rural areas of Birdhill and Lackamore. In addition, it has a rich tradition of Irish music, song, dance and drama and has many sporting activities.

From its very earliest days the GAA has been vibrant and always important in the affairs of the parish. While the Newport club would never claim to be among the most successful in the county over the years, a modest stream of achievement has flowed towards the banks of the Mulcair. This includes three North Tipperary senior hurling titles as well as numerous football and hurling titles at Intermediate, Junior and under-age grades.

The Boys of Newport Town was written by Michael Bourke, who wrote so many songs about the locality including Dear Old Newport Town.

In praise of those brave heroes, the boys in gold and blue.

They conquered all, from Moneygall, right down to Knockmealdown

They are now the champions of the North, the boys of Newport Town.

Will never be let down,

For victory's flag shall be kept flying

By the boys of Newport Town.

Ahane, Young Irelands and Claughaun went down before their might.

They conquered all both great and small from Roscrea to Shannon's side,

Tipp'rary men in years to come will think of them with pride.

For of those dashing hurlers, Tipp'rary now can boast.

To see them march through Nenagh town, it would fill your heart with pride,

They will bring All Ireland's final to the sparkling Mulcair's side.

Then success to those brave heroes, hurlers true and grand -

You could not find their equal if you searched all Ireland.

Give one cheer for Tommy Coffey and Michael Rainsford too

And a cheer for Father Ryan and the boys in gold and blue.

Pat McLoughlin was born in Newport, but now lives in Newcastle West with his wife Eleanor. He was a former ESB employee and is now the author of two collections of short stories. Since he retired, he has mastered the craft of creative writing and is a member of the Desmond Scribblers Writing Group in Newcastle West. He has attended creative writing courses at U.L. and at the Limerick Writers Centre to further his skills. One of his stories – The Barrington Disconnect was broadcast on national radio (RTE Radio 1, Sunday Miscellany) and he’s had many poems and letters published in the local and national newspapers.

He also writes a local notes column for the Limerick Leader newspaper. His first collection To Weave with Words was published in June 2018 and sold out within weeks, and a reprint was needed to satisfy demand.

The proceeds from the book was donated to Saint Ita'a Hospital in Newcastle West. From Head to Tale is his second collection of short stories and it was launched on June 28, 2019.

The highlight of the weekend will no doubt be Saturday night in The Freigh Inn, where maestros Frankie Gavin and Noel Hill will be joined on stage by Brian McGrath and singer Monica Brennan. Frankie Gavin is co-founder and leader of the group De Danann for many years and comes from a very musical Galway family. From west county Clare, a county with a strong tradition for concertinas, Noel Hill is famed far and wide for his virtuoso concertina playing. Joining Frankie and Noel on the night, is multi-instrumentalist Brian McGrath from Fermanagh who has performed with many groups including De Danann, Dervish and Four Men and a Dog.

The gentlemen will be joined by a fabulous singer from Galway in Monica Brennan.

Also, from a musical family, this lady has toured and shared the stage with many great performers, and all enjoy her distinctive, traditional voice. Doors open for this wonderful concert at 7.30pm. Sessions will take place throughout the village for the weekend and the session trail and further information on the weekend can be found on the Newport Tradfest Facebook page. If you’re looking for some top-class traditional entertainment, Newport will be the place to be this weekend.