Then & Now: Dark and dreary November 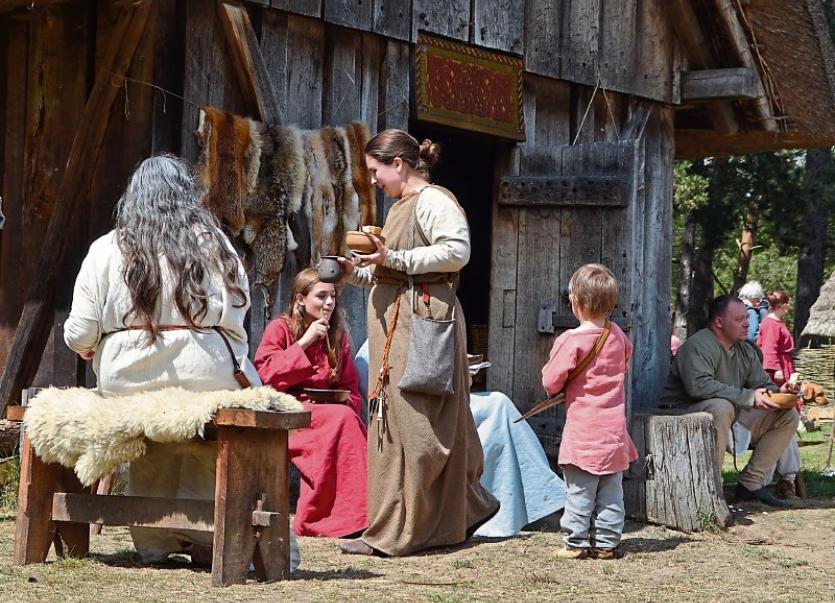 Final preparations for winter: The Anglo Saxons called November Windmonath (wind month) or Blodmonath (blood month) because it was a favourite time for slaughtering cattle for the winter

NOVEMBER is the eleventh month in our calendar, but it was the ninth month for the Romans, because their New Year began in March. Originally it consisted of 29 days, but when Julius Caesar reformed the calendar in 46 BC, it was given an extra day.

The Anglo Saxons named it Windmonath (wind month) or Blodmonath (blood month) because it was a favourite time for slaughtering cattle for the winter. The poet Thomas Hood wrote the following about the month:

No dawn –no dusk, -no proper time of day

No warmth, no cheerfulness, no healthful ease

No comfortable feel in any member

No shade, no shine, no butterflies, no bees

No fruits, no flowers, no leaves, no birds, -November.

November is one of the darkest and dreariest of months, and the majority of people wish it to pass away quickly. The best of the year has passed and the build up to the Christmas season is just around the corner. It is a time for remembering those who have gone before us, and November is associated with our dearly departed who are remembered throughout the month. Holy Souls and cemetery Masses are held throughout the country and rosaries, and prayers recited for people’s intentions.

This time of year reminds me of retirement, and a slowing down period to help us to recharge the batteries. It commences for me when the final leaves begin to fall. This is recalled in a song sung by Ann Marie O’Riordan from north Cork. There are a number of similarities between retirement and this time of the year. Retirement is a big step down from working to a more leisure way of life, while this time of the year, is a slowing down of our actions, in accordance with the loss of light. A time to hibernate like some of our animals, over the dormant season.

Active Retirement groups have sprung up around the country in recent years, as people have taken early retirement packages from their place of work. The packages were very attractive with additional pension benefits on offer. It was all so different when people had to work up to the retirement age. The shock of retirement and having too much free time to fill, and not enough leisure activities, often led to premature deaths.

Nowadays people can enjoy a very active retirement and enjoy life to the full while they are in good physical health. There are many reasons for this: Better health care, diet, lifestyle, and working conditions. People are living much longer at present, and are more active in their later life, so it is wonderful that there are many Active Retirement groups, around the country to provide activities for them to participate in. It is most essential for mind and body to keep active in later life.

When Saint Brigit’s Day comes around new life will commence again, and people can come out of hibernation to resume their busy lives. The circle of life continues but taking a little time out and reducing the pace of life, for a while similar to nature can be most beneficial to all.

November is the month that most burglaries are committed. The two-fold reasons are the drawing in of the evenings, providing more cover, and the money demands of the upcoming Christmas. I am reminded of the importance of light by the following story. Mrs Grey always left the hall light on despite her husband being a bit of a stickler about not wasting electricity.’’ I leave it on deliberately ‘’she informed him, ‘’since old Mrs Brown across the road happened to mention that she always looks across on a dark winter evening, wondering if we are at home. If she sees a light in our house, it makes her feel so much more at ease, safe and comfortable. So now I am going to leave a light on, whenever we’re at home just to let her know we are here.’’ We should all be more aware of our safety at home, or on the roads at this time of the year.

November is a month for taking stock and also for preparing for the winter season. One of the main concerns in past times, was to have the potatoes dug and pitted before the eleventh day of the month. It was thought that the frost could damage the potatoes after this date. The pit of potatoes was made in the garden and covered with plenty dry hay and rushes. A final covering of clay was applied to make them rodent, and weatherproof. The pit was opened only when needed and there they stayed until they were all used up. The killing of the pig was a regular occurrence in November, to have a good supply of meat over the Christmas. Many householders killed the animals, and when the meat had been well washed liberal quantities of salt was applied. After this it was stored in boxes, although sometimes it was sliced into ‘’flitches’’ and hung from hooks, on the ceilings, for a number of weeks. Puddings were made from the pig’s blood and these and other lean slices of pork steak were distributed among the neighbours. They reciprocated when their turn came to kill their own pig, and the lovely custom died out when this era ceased.

November is a month when we remember our deceased family members neighbours and friends the most. Many will visit graves to lay flowers, to mark their passing, and leave a light on which with the flowers will brighten up the November cemeteries. A Little Kindness is a short poem ( author unknown) appropriate for this time of year.

It isn't the things you do, dear,

It's the things you leave undone

Which give you a bit of a headache

At the setting of the sun

The letter you did not write

Are you haunting ghosts tonight,

Out of a brother's way

The bit of heart some counsel

You were far too rushed to say

These little acts of kindness

So easily out of mind

These chances to be angels

Which even mortals find.

SAINT MARTIN’S feast day is November 11th and it was referred to as Martinmas in olden times. It was an important feast on the calendar.

It was the custom to kill a fowl on Saint Martin’s Eve and to sprinkle the blood on the four corners of the house, as people believed it had miraculous powers.

In former times farmers often killed cattle in early November as they sometimes didn’t have enough fodder to feed them during the long cold spell ahead. Spells of fine weather which often occurred at this time of the year were known as ‘’St Martin’s Summer’’ or ‘’Goose Summer’’ a prelude to the onset of winter.

The story is told that on a raw frosty morning in early November, Martin tore his cloak in two and gave half to an old beggar, dressed only in rags and shivering with the cold. God was so pleased it seems with this act of kindness on Martin’s behalf that he let the sunshine for a number of days until he had repaired his cloak. To commemorate this event God sends a few days of unseasonable and sunny weather each November ever since.

This unexpected respite from bad weather has always been a welcome bonus for farmers and fishermen allowing a last chance to complete the harvest.