Then & Now: The father of farming co-ops recalled

Sir Horace Plunkett sought to improve the lives of the many 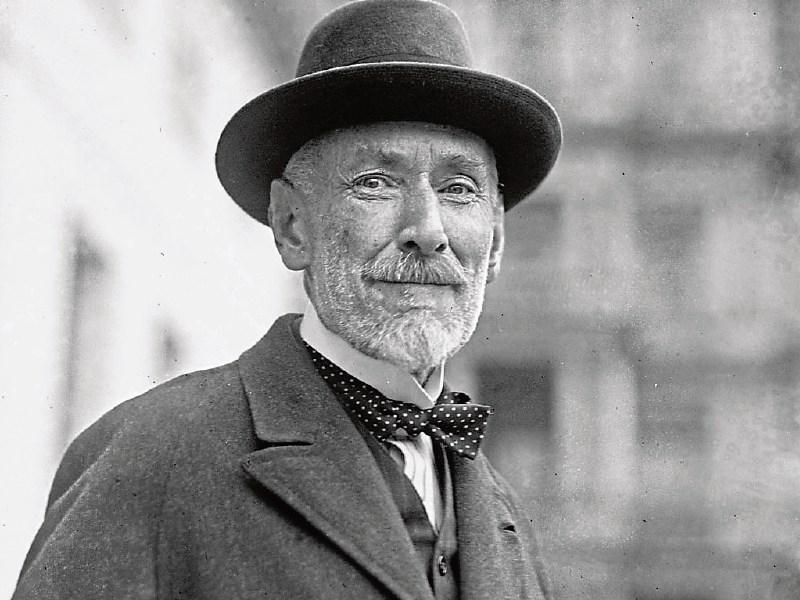 Sir Horace Plunkett pictured in the 1920s: Towards the end of his life although he was in failing health he maintained his interest in Ireland and Irish agriculture

THE LANDED gentry of Ireland for understandable reasons are seldom remembered with fondness. Their greed and lack of compassion with their tenants were legendry, making them the enemies of most of the Irish people. Horace Plunkett was one of the few exceptions, and his name and deeds is seldom heard about nowadays. Sir Horace Curzon Plunkett was the Anglo-Irish agricultural reformer, pioneer of agricultural co-operatives, Unionist MP, Irish Senator and author.

He was born at Sherborne House in Gloucestershire 165 years ago on October 24,1954. He was the third son of Lord Dunsany whose main home was Dunsany Castle near Dunshaughlin in County Meath. He was educated at Eton and University College, Oxford but from an early age he displayed qualities that set him apart from his social peers.

At the age of twenty-five partly for health reasons he crossed the Atlantic, to experience life as a rancher in the remote Bighorn Mountains of Wyoming. It was in the Bighorn area that George Custer and his men were massacred just three years before his arrival. Legend has it that Frank James was hiding out there in 1878, and Robert Parker better known as "Butch Cassidy" was another well-known resident.

It was the ordinary people living there that attracted his interest, seeing the hardships they endured as ranchers and farmers, admiring the way in which they handled difficulties. They were self reliant , but they were also sensible enough to organise into loose co-operatives when tasks became too great for individual attention. He spent ten years among these people but managed to return home on annual holiday. On these visits he was struck by the austere contrast between the self-reliance of his Wyoming neighbours and the dreadful conditions in which the Irish tenant lived.

It was not that the Irish were laid back and lazy but that there was little incentive for them to develop their holdings, due to gombeenism and middlemen who sapped the profit of even the most industrious farmer. But times were changing, and the Land League was formed the same year as he had left for America in 1979. Throughout the 1880s great strides were made to improve the lot of rural Ireland.

When his father died in 1889 Horace decided to return home and be part of these social changes, as he was a single person, with lots of time and commitment. He immersed himself fully in organising a system through which agricultural producers could free themselves from the middlemen. He promoted the idea more commonly associated with the American president Teddy Roosevelt, " better farming, better business, better living."

He took a leading part in developing agricultural co-operation of which he had learned from isolated American farmers, taking account of Scandinavian models of co-operation and the invention of the steam-powered cream separator. Working with a few colleagues, including two members of the clergy, and advocating self-reliance, he set his ideas into practice first among dairy farmers in the south of Ireland, who established Ireland's first co-operative at Doneraile County Cork in 1889.

He also opened the first co-operative creamery in Dromcollogher in 1889. The old creamery is now a museum and well worth a visit to see the old equipment used at the time. Through his friendship with Lord Monteagle, he was able to start creameries at Ballyhahill, Shanagolden, and Ardagh in 1889, and 1890. Other early societies were those at Clouncagh, Feenagh, Fealebridge, Glenwilliam, and Glin.

Goodbye to the old Creamery in Ballyhahill was written by the late Paddy Faley from Glenbawn, Ballyhahill in 2004. It was about to be knocked to make way for a housing estate.

For 114 years it stood its brick chimney raised on high

Looking down o'er the village and surroundings close by

Some enterprising farmers knew their livelihood would be protected

So, this creamery in Ballyhahill was one of the first to be erected.

In time six houses were built on the creamery site, and like many others it continues to serve its community.

In the setting up of creameries the cooperative movement experienced its greatest success. Plunkett got farmers to join together to establish units to process and market their own butter, milk and cheese to standards suitable for the profitable British market, rather than producing unhygienic, poor-quality output in their homes for local traders. This enabled farmers to deal directly with companies established by themselves, which guaranteed fair prices without middlemen absorbing the profits.

Of course, not everyone was pleased and vested interests, such as the middlemen who controlled trade in small-town Ireland were far from happy. They were quick to brand the new co-operative movement as socialism, and were backed by the more conservative newspapers, politicians, and church leaders. The benefits, however, were undeniable and the co-operative movement spread like wildfire.

If the system had its detractors, it also had its champions. One of these was George Russell (AE), journalist, poet, painter, and social reformer. The commitment and energy of such men were phenomenal, but even they could not cope with the rapid rise of co-operativism and they formed the Irish Agricultural Organisation Society (IAOS) to co-ordinate it.

Within thirteen years, there were 800 co-operative societies, 201 co-op banks, and 146 agri-socities. By 1914, there were over 1,000 societies with 90,000 members. Horace's talents were soon recognised in the corridors of power and in 1891 he was invited to become a committee member of the newly formed Congested Districts Boards, a government initiative to investigate levels of poverty and how it might be tackled in the poorer areas of the west.

Horace Plunkett was the author of several pamphlets dealing with agriculture, as well as two major works "Ireland in the New Century" and " The Rural Problem in the United States" His many-sided genius was widely recognised, and he was awarded honorary degrees by the Universities' of Oxford and Dublin. He was also made a Fellow of the Royal Society, a Knight Commander of the Victorian Order, and an honorary Fellow of University College Oxford. But the distinction which he himself most prized was his election to the recently formed Irish Senate in 1922.

He detested violence , especially after the 1916 Rising in which his nephew Joseph Plunkett, was executed as a leader and signatory of the Proclamation. Yet he became a target of such violence when his home in Foxrock , Dublin was burned down in 1923 during the Civil War. No doubt as a result of his backing of remaining in the Commonwealth, and his accepting a seat in the Free State Seanad. Nearing his seventy birthday and disillusioned with the future of Ireland he moved to Weybridge in Surrey where he continued his promotion of the co-operative movement.

In 1925 he visited South Africa to explain how agricultural co-operation could best be put into practise there. In 1927 he was invited to become a member of the commission which had been set up to promote a similar movement in India. Unable to accept this invitation, he submitted instead an extensive memorandum in which numerous suggestions were included.

Towards the end of his life Horace was in failing health but he maintained his interest in Ireland and Irish agriculture right up to the end. On March 26, 1932 he died at Weybridge in Surrey.

He has almost disappeared from Irish history maybe because he was a social reformer rather than a political figure. Modern day conglomerates Glanbia, Kerry Group and the Irish Dairy Board are direct results of his co-operative movement. What a wonderful legacy he left us.