Then & Now: Singing a song for the GAA

Collection of melodies, sing the praise of Gaelic games 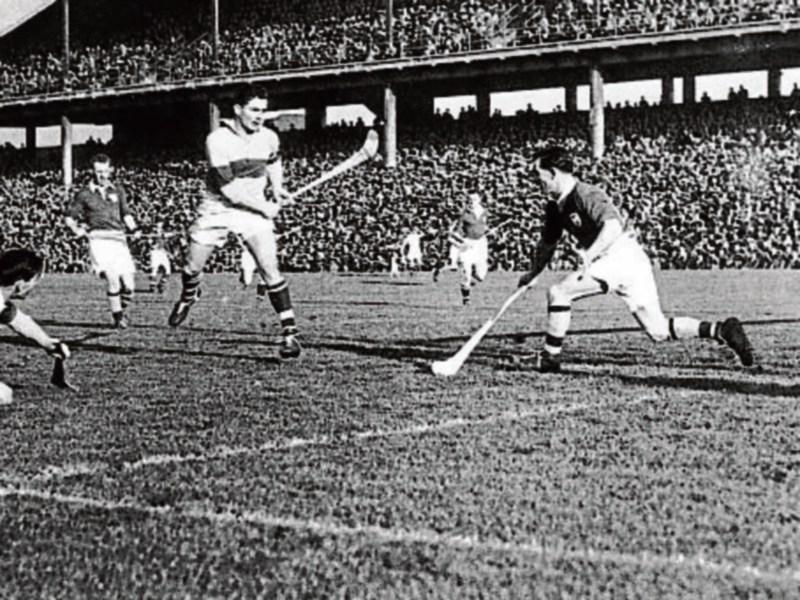 AS THE GAA season slowly draws to a close it leaves the Gaelic games of hurling and football in perhaps as strong a position as they ever were.

Things were very different one hundred and thirty-five years ago when the GAA was founded. Then football was in a very weak position, and the likelihood was that hurling would very soon be extinct. So, looking back, one can say that the GAA was one of the big success stories in our history.

How much a part of the lives of the ordinary people hurling and football were over the years, is clear from the great number of songs and ballads the games inspired. And what a collection those songs and ballads would make if they were collected and published. Even if one were to include only the songs written about the games in each county, they would need more than one volume. Clubs have their own favourite ballad which is usually aired during a victory celebration. These songs tie in with the annual Garry McMahon traditional singing weekend which will be held in Abbeyfeale from this Friday to Sunday.

The official opening by Denis Ogie Moran (former Kerry great) will take place in the Ramble Inn at 8pm, followed by a singing session on Friday night. Martin Moore historian,( The Song and the Story) and Owen McMahon PRO of the West Limerick Singing Club, will give a talk in Fr Casey's GAA Clubhouse on Saturday at 11am. On Saturday afternoon from 2pm, a singing session featuring GAA songs from the 32 counties will be held there. This was first held last year, and it turned out to be a very enjoyable event, with participants even wearing their county colours. The late Gary was a wonderful composer and singer, and this is a great way of honouring his achievements.

Back in the mid-1990s, an effort was made to collect songs from the six Munster counties and publish them. The late great Clare hurler Jimmy Smyth was one of the people behind the idea, and as a result I collected and forwarded many songs of Limerick interest to him. Jimmy published Ballads of the Banner collected about Clare in 1998. It is a wonderful collection of 350 pages, in sections covering inter -county inter-club laments and tributes. He also published In Praise of Heroes, covering the other counties. Tipperary launched their own book Tipperary Ballads in 2000.

The late Harry Greensmyth was also collecting Limerick songs back around 2013, with a view to getting them published, and I sent him on more that I had collected. At present Limerick Cork Waterford and Kerry are the remaining counties that have no books of GAA Songs published. It would be nice to see this rectified and (before many are lost) published in honour of so many people associated with the GAA in Limerick since it was founded.

Now from my collection we look at some of the unusual songs written about the GAA.

No matches would be played without the man in the middle, and the late Michael D Ryan from Askeaton composed a seven-verse song about referees to the air of The Wild Rapparee. I include the first two and the last.

A great crowd had gathered and filled up the ground

The game will begin with a crescendo of sound

There are bright colours blazing so lovely to see

But the man dressed in black is the poor referee.

That man dressed in black will be blamed for all wrong

It is surely his fault if our stars not on song

If our forwards are hopeless and miss every free

There is none left to blame but the poor referee.

There's a queue formed up at the grand pearly gate

There's a saint coming towards me, he does the same job as me

Take your place with the angels, you gallant referee.

Hurling Music the Camán tells its story was written by Jack Ryan from Limerick, and it is 22 verses long. I include three verses linking Limerick

They've all played my music these great hurling men

In city and town, and in valley and glen

And oft with a craft that is rare and unique

They have shaped my ash body with spokeshave and plane

And have carefully nourished my balance and grain

And have banded my boss for the height of the fray

And have held me aloft when winning the day.

My memories of Limerick are wonderful too-

By the Shannon, the Maigue and famed Croom Abu

They had hurlers there, the best to be seen

Togged out in those colours, the white and green

The Mackey's, the Herbert's, Tim Ryan, Pat and Mick

Mickey Cross, Garret Howard-of them I can talk

Willie Hough and Dick Stokes-too quick for to hook

I played with them all throughout this fair land

Their skills unsurpassed, their spirit so grand

They made wondrous music of hurling supreme

May they long be remembered by the Shannon's fair stream.

Requiem for the Shed was written by Noel O'Connor from Newcastle West following the demolishing of the shed ( 2011) where the players togged out before the dressing rooms were built in Newcastle West grounds. It was built in 1963 by the late chairman Larry Curtin, and club President Mort O'Connor. It provided great comfort and a step up from players togging out by the ditch hedge and bush. I include some random lines to illustrate.

Alas, the old shed is no more

The place that in days of yore

Togged off for matches and to train

On sunny days and days of rain

And left our clothes sleepers upon

And hoped they'd still be there anon

When we, our match or training o'er

Returned to where we'd togged before.

A shed of minimal aesthetics

Designed for no nonsense athletics

No shower or sauna jet to dry

Where all would wash you will agree

It would be frowned on by the HSE

But better far than hedge or bush

And if your clothes were not secure

They'd covered be by cow's manure.

Michael D Ryan also wrote a ballad in praise of Enright's Motor Car. Over 11 verses he recounted their trip (and mishaps) to and from the West GAA Board Convention. I include three of them.

Twas at the West convention that Corbett took the chair

Twas in the year of seventy-seven, I know for I was there

Those delegates were really great, they came from near and far

And a crowd up from Askeaton came in Enright’s motor car.

This car was such a beauty most wonderful to see

And we were clocking ninety as we passed the crooked tree

And we cheered hurray for the GAA and Enright's motor car.

Now all ye Gaels of Limerick, take this advice from me

If to conventions you must go, then choose your company

Next week we will continue with a look at some more of Limerick GAA songs.