Mike Hanley's long years of service are a credit to Rathkeale 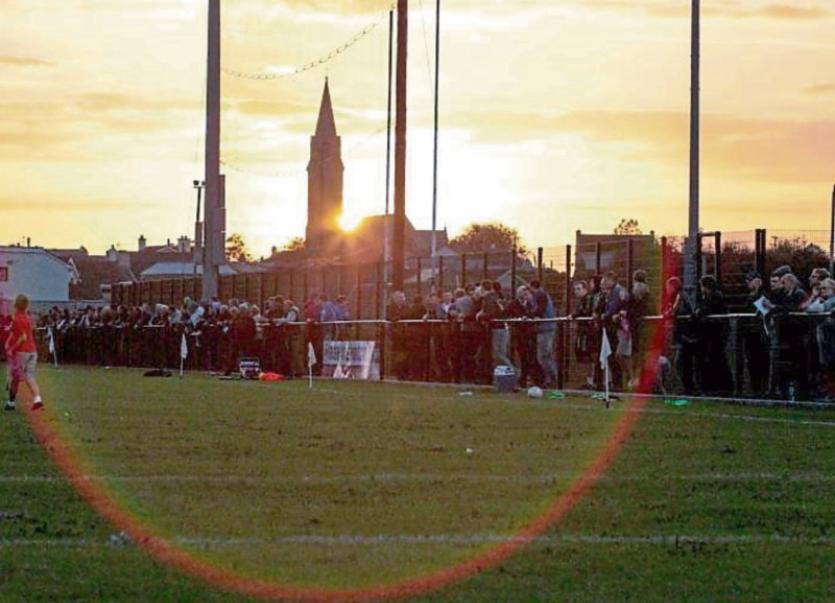 MICHAEL HANLEY was a big man in every sense of the word. Big in kindness and understanding and so generous with his time and talents, which he used to promote the people he moved amongst.

He was always cheerful and in good form despite the pressure of deadlines associated with his job as a reporter and photographer. He was a great servant to Limerick as he travelled the highways and byways to capture an achievements of young and old alike. He cared about people and the events enriching their lives, and his finger was on the pulse as well as on the button of his camera.

He had a great understanding with children who loved to see him attending their events to capture their achievements. The small event was covered with the same detail as the big occasion. He had a great eye for the funny or unusual photo which he finished off with an eye-catching caption, and a chuckle no doubt. He had no agenda, and all sports were covered in a fair, just and professional manner. He always knew what way things were going to pan out as he was blessed with wonderful vision. Michael was generous with his knowledge, and always encouraging with his positive outlook. His sense of humour was always appreciated even if oneself was the recipient of same.

Michael from Castlematrix, loved his native Rathkeale and promoted it in every way possible during his 51 years. As parish correspondent he kept everybody informed of the happenings within the Deel town.

The Bog Garden was close to his heart and the Mick Neville Park a source of joy to see people from all over the county attending. He served the Rathkeale GAA club with unselfish dedication over the years in several positions. A great friend of Frank Neenan, (who died only four months previous) they worked side by side and did Trojan work in running the annual Christmas draw.

He served as umpire for Frank in many important matches from local to national level. He also took his place on their Scór teams and excelled at the Question Time event. Rathkeale revival at underage level in the late 1990s was a source of satisfaction and he had high hopes for the young hurlers. He often complimented Ann Hourigan for her very detailed match reports, promoting their progress. Mike was worried about the decline in hurling in West Limerick and he made his feelings known at West Board meetings. He acted on the issue and put forward proposals to better it. One of these was a competition for the weak clubs with 11 or 13 a-side teams, which came into being later.

Around the Rathkeale area the Weekly Observer became known as "Hanley's Paper" He was a founding member of Rathkeale Community Games, and West Limerick Athletic club, and his devotion to Community games was legendary over 26 years. He also served as an officer on the county committee, attending the National Finals every year in varies roles. These included county manager, athletic manager, athletic co-ordinator, track referee, athletic judge, security officer, gate official and publicity.

In his day job as a journalist and photographer, he gave enormous coverage to Community Games. His work was rewarded with the Weekly Observer winning several National Media Awards for publicity. He was a member of Rathkeale Historical Society, and a founding member of Rathkeale Community Council, being active in all their events. Many a night he helped with the running of the Bingo in Rathkeale, calling numbers, and selling sheets.

Mike covered a wide brief as a journalist, photographer, news reporter, and parish correspondent. Covering community games in Mosney, athletics in Freemount, cross country in Paris, handball in Cappagh, soccer in Newbridge, Gaelic games in Croke Park, to mention a few. He even had time to assist Limerick senior hurlers in a challenge match against Waterford in Dungarvan. He made up the 15th man to allow the match to proceed back in the 1970s.

Mike joined the Weekly Observer back in June 1985, when it was trying to make its mark on the newsstands of West Limerick. It ran to 16 pages, with two to three given to sports coverage. In the years that followed both blossomed with increased sports coverage and wider circulation. His snippets column was most interesting, and everybody got their turn in the limelight, quoted or miss-quoted. He was a library of information, collected from all his contacts from all walks of life. He knew so many people that he seldom needed to ask their names after taking a photo. His input was publicly acknowledged by the paper owners during the funeral Mass.

Mike took a photo of Cian Sheehan from Newcastle West at the West Junior Hurling Final in 1998, which gained him widespread acclaim. He won the Regional Moment in Sport for that photo and was placed second overall in the National Awards. He was a member of the County Publications Committee who produced the annual GAA Yearbook during those years. He was a great help to us supplying photos and material, and was full of ideas, always seeking the unusual angle for an article.

Mike was a perfectionist behind the lens, and he liked to get a close-up photo that was compact clear and well positioned. People were a little wary of him as he was liable to snap them in funny and unusual poses. It was all good fun, though and part of the enjoyment and banter of our sporting lives.

I got to know Michael very well during my years as PRO of the West GAA Board. He was a past PRO as well, so we had a lot in common, and our meetings at matches and events were always interesting. He was West Limerick PRO from 1986 to 1991, and County PRO in 1986, and both gained considerably from his enormous contribution.

Our last meeting was in Croagh the day before he fell ill, for the final West Board final of the millennium . It was the final of the U21 B Hurling Championship, and we lined up together as usual to take the photos. Mike got great satisfaction as we snapped the playing 15, players from Drom/Broadford. The club policy was to pose for a panel photo, but some members were slow in arriving and a small victory was won.

Mike was called home on Thursday October 14, 1999, exactly 40 years after the great actor Errol Flynn died and marked the birth date of Eamon De Valera in 1882. He had been taken ill the previous Monday night at the Limerick GAA County Board Meeting in Claughaun. His removal and Mass attracted massive crowds with guards of honour and tributes paid before burial in the adjacent cemetery.

An exhibition of his photographs was held in Mick Neville Park a month later and hundreds of people attended. Over eight thousand were on display and the majority were snapped up with the money going to charity. I will always retain a lasting memory of Michael walking around in shirt sleeves, with camera hanging off his shoulder, and pen and notebook in his hand waiting for the action to commence. It was a joy to know and work with him, and to celebrate the life and happy times of a true sporting ambassador.

Rathkeale Historical Society resume their monthly talks on Friday, October 11 at 8-30pm in the top floor of Rathkeale Library. The committee are delighted to present Lady Geraldine Dunravan to share her knowledge of the Dunravan Family. It is always an enjoyable evening, and everybody is welcome.