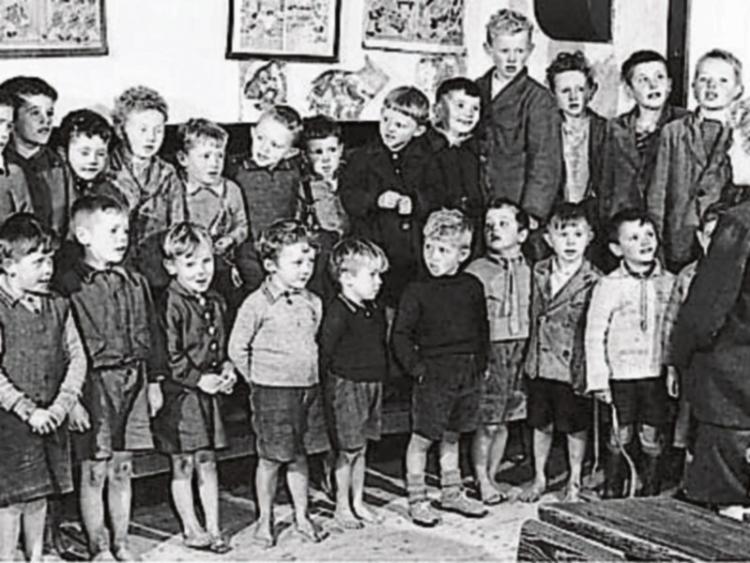 Between 1840 and 1960 the population of the 26 counties of what would become the Republic of Ireland, fell from 6.5 million to 2.8 million

MANY YEARS ago (1980s) my late father published an annual magazine called the West Limerick Journal which had articles relating to the different parishes.

It also contained photographs of interest and I recall being out and about taking photographs for it. I took many old monuments and neglected buildings, including closed schoolhouses. I was always fascinated by these buildings which contained so much life history. I was also struck by the stark isolation and dilapidation of the schoolhouses that were built around the locality, especially its remoter parts, during the 19th century until the mid-20th century.

Sometimes I travelled along small winding roads away from the main routes to reach my destination, and Oliver Goldsmith's long poem "The Deserted Village" would come to mind. The old schoolmaster and his country school was a long extract that appeared in school anthologies. It conjured up memories joyful, sorrowful and physically desolate in the primary schooling of many generations. I only took exterior photographs of the schools, which still contained some old tattered wall maps, mildew desks, notice boards, door less cupboards, and peeling wall paint.

To begin explaining about the abandoned schools let us start shortly after the establishment of the National School Act in 1831, Ireland's population began to decline dramatically firstly as a result of the Great Famine of the 1840s. Between 1840 and 1960 the population of the 26 counties of what would become the Republic of Ireland, fell from 6.5 million to 2.8 million.

New school buildings continued to be required and used to educate significant numbers of children of school going age. There were particular spikes in new builds after the National School Act in 1831 and again in 1926 with the School Attendance Act. This Act meant parents were legally obliged to send their children to school for the years between their 6th and 14th birthdays.

During this time the Irish landscape was very different to today's, with the majority of the population living in a rural location. In this time before motorised transport and a transport infrastructure, the requirement was for many small national schools which local children could walk to. That's why, in 1950 there were 4,890 national schools staffed by 4,700 male and 8,700 female teachers (CSO) in the 26 counties, while the population remained at about 2.8 million. In 1998 with the Irish population passing 4 million. the number of open national schools was 3,350.

To explain this, we can look at the change in the Irish demographic from around 1950 onwards. During the 1950s ( often described as The Lost Decade)some 400,000 Irish emigrated because of a lack of opportunities for employment at home. During the 1960s things began to improve with the development of an industrial economy. This was the beginning of the rural Irish population moving into the large towns, and cities.

Joining the EEC in 1973 Ireland was now beginning to resemble its European neighbours in terms of demographics. As transport become more widely available the vicinity of small schools became wider. This led to many schools in rural areas being amalgamated into larger multi- classroom school buildings, while the smaller schoolhouses were closed and let to decay.

During the period 1966-73, the number of one and two teacher schools was reduced by around 1,100. For this reason, small one and two-room abandoned schoolhouses are almost everywhere across the rural Irish landscape. They are often a mark of rural depopulation where communities dwindled as young people chose to leave the countryside for bigger cities and more prosperous lands.

Many generations of children, for good or ill, passed through these buildings and received the basics of primary education-the three Rs and Religion. They learned basic geography , folklore, music, history and a sense of community and place. Schooling is an impressionable time in the progress of children. For too many Irish children their formal education stopped at the age of 14. They skipped second level schooling and went straight to the "University of Life" wherever they found it.

For many who emigrated from Ireland at an early age, their days spent in these rural and isolated schoolhouses, often represented the last formal education they received before seeking a brighter future abroad. Although many of these buildings are now physically empty or near collapse, they hold a wealth of memory and associations that shaped their understanding of the world around them at an early age.

BALLYLOUGHANE TOWNLAND was bulked with Ballyine in some early records and had 1,999 acres. It merited two entries in the Civil Survey of 1654, when it was held by Francis Courtney of Newcastle, an English proprietor, who had been granted the property in the Elizabethan confiscations. In 1709, Courtenay, Earl of Devon had leased the area to Colonel John Lacy who, no doubt re-let it to tenants. This part of the property was described as Ballyloughane and Ballyine comprising 384.5 acres and valued at £ 57.13.6.

It had on it good lime and stone-walled thatched house and out offices, an orchard, garden, mill and several cabins. The land was good and furnished with fire and water but unimproved. This entry probably referred to Ballyine for the most part. The second entry referring to the lands at that time, covered a mountain area, 1980 acres , valued at £ 38, and common to Ballyloughane and Rooskagh. This area was described as: " A coarse mountain, for the most part wet and boggy, but lies conveniently to be divided for use of the lowland farms which would be the best improvement of it.

Before the famine, in 1841 some 275 people occupied 39 houses. There was little variation up to 1861 when 254 people lived in 41houses. The following decade saw a considerable increase to 388 in 41 dwellings. The population dropped gradually thereafter and by 1911 some 178 people occupied 44 houses. Ballyloughane means the place of the small lake.

Ballyloughane School closed on Monday June 30, 1969. The two-teacher rural school was in the townland of Ballyine, and it catered for pupils from there, Ashgrove, Old Mill, Ballinena, Ballinabearna, Dunganville, Rooskagh and Ballyloughane etc. It opened its doors on May 11, 1863, and it served the area well producing pupils of great learning who went on to make their mark on all walks of life. A total of 68 pupils were on the roll book on the day it closed.

It was closed because of a Government directive to close all small schools around the country and move the pupils into large locations. On the following day July 1, the pupils attended their new schools in Ardagh and Carrigkerry. The majority went to Ardagh NS, and a few who were living within walking distance to Carrigkerry NS. A bus was provided to bring the pupils to begin a new adventure to Ardagh school. Mike Flynn from Churchtown Newcastle West was the driver and it was one of the Yellow painted buses, that we associate with the start of the free education scheme introduced by the late Limerick Minister Donagh O'Malley a few years previous. The school building was converted to a private house and is now owned by the Nugent family.

The 50th reunion will commence this Saturday evening with Mass in Saint Mary's Church Carrigkerry at 6.30pm.

A gathering will be held following Mass in the local community centre, where it is hoped to have a small display of items associated with Ballyloughane School.

The evening will continue with refreshments, music, storytelling, and chat. On the following morning at 11am people will assemble at Carrigkerry Community Centre for a walk to recall the days when the pupils walked from Ballyloughane School to Carrigkerry Church once a year to receive Confessions for First Holy Communion.