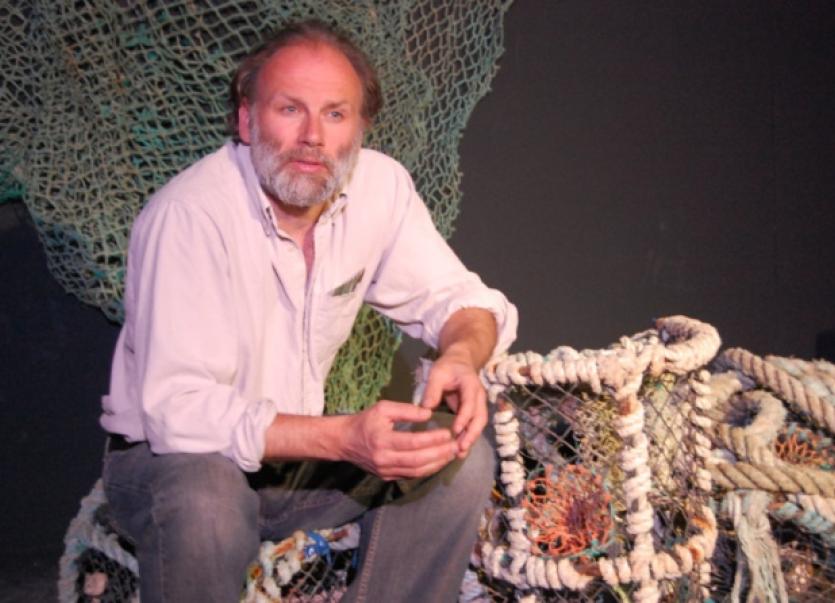 Don Wycherley effortlessly switches between American and Kerry accents, and throws in a Bette Midler song for good measure.

Don Wycherley effortlessly switches between American and Kerry accents, and throws in a Bette Midler song for good measure.

“Robert Mitchum bought me my very first drink, no kidding like,” he says, sounding every inch the Dingle fisherman that he plays in After Sarah Miles, coming to Limerick next week.

The above is the first line of the play by Michael Hilliard Mulcahy which stars the actor, veteran of Fr Ted, Bachelors Walk and Ballykissangel, as Dingle fisherman Bobeen.

Wycherley has been involved with the one man play since its inception and says he was “hugely attracted to it” because of the playwright’s “beautiful piece of writing”.

“Mick being a Kerry man, it killed him to cast a Cork man - but West Cork is just a few peninsulas over really,” laughs Don, who hails from Skibbereen.

“I could relate to it - a guy who is a bit of a disaster, failed relationships, kids not talking to him - but it is not a whine or a whinge, he tells it in a humorous fashion.”

The compelling play is part story-telling, part performance, delivered in spellbinding fashion by Wycherley, detailing three decades in the life of the fisherman. The actor has previously performed a one man show, but not one that demands the same level of power as this play.

“It is tough and demands a level of concentration that thankfully I am still able to give,” he says.

“Some nights you can start off and not be in the mood, but the audience can lift you and you become some kind of an organism together, they bring you along and you feel them feeding off you.

“It is tough and I will admit that - not so much physically, but mentally, but there is also a huge high after it as well.

“There is a beautiful arc to the story and the language that Michael writes is just so colourful and poetic and true to that part of the world. It is great language and when I read it, I knew I had to deliver these lines,” he adds.

One of Ireland’s most recognisable actors, Don says he “kind of likes doing both” when asked if he is more comfortable on stage or on screen.

“The reality is that unless you are Brendan Gleeson, the parts, well they weren’t looking for me to be in Calvary,” he laughs.

“I find that the parts that I am attracted to, good parts, are in theatre. Because the good parts in films go to the Fassbenders of this world. That is the reality and I have to accept that.

“I started in theatre and I have always - I don’t think any year has gone by, and I have been at it 20 years, that I haven’t done a play.

“I suppose theatre is more an actor’s medium. Film would be more a director’s medium and television a producer’s medium. The fact of the matter is that, once it is shot on celluloid, you will never give a better performance than the one the director has chosen.

“Whereas I can go on in Limerick and put on the best performance of my career. There is always room for improvement. It is organic and ultimately the actor has the power in theatre.

“I doubt very much that I will turn my back on theatre - unless I can’t remember the lines!”

After Sarah Miles is in 69 O’Connell Street next Wednesday, May 14.