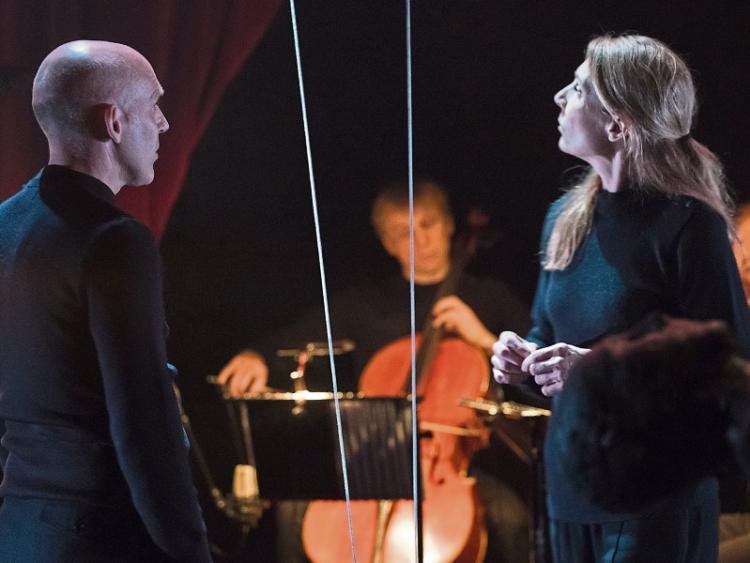 Previously seen at the Brighton Festival, the Lincoln Center in New York and the Abbey Theatre, Here All Night will debut at the Lime Tree Theatre this Saturday

AN ENSEMBLE of Irish and international performers combining texts and music by Irish novelist Samuel Beckett with an original score will take to the stage in Limerick this weekend.

Previously seen at the Brighton Festival, the Lincoln Center in New York and the Abbey Theatre, Here All Night will debut at the Lime Tree Theatre this Saturday, April 21.

Samuel Beckett has been described as “one of those artists who come along rarely and change everything. Like Beethoven, Picasso and Bob Dylan.”

“Artists with such great skill, singular vision and unswerving commitment that they change the way we see the world,” Conor Lovett of Irish theatre company Gare St Lazare Ireland said.

Director Judy Hegarty Lovett has created a work that celebrates both Beckett’s use of music and song in his novel Watt and other texts.

With an original score by UK composer Paul Clark, and improvised fiddle by Caoimhín Ó Raghallaigh, the work has evolved to include a collaboration with distinguished Irish artist Brian O’Doherty (author of Inside the White Cube and formerly aka Patrick Ireland) as well as movement by Irish choreographer John Scott.

A performance of music, theatre and visual art, described as  “an evening of wild, immersive celebration”,

Here All Night debuts at the Lime Tree Theatre on April 21 at 8pm. Tickets are priced at €20, with €18 concessions and are available on www.limetreetheatre.ie or through the box office on 061 953 400.