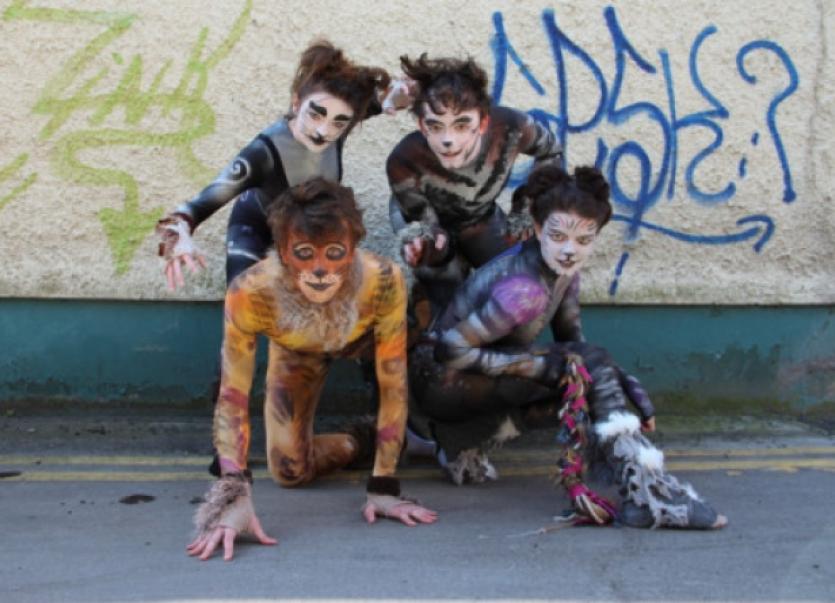 FOLLOWING on from the sell-out success of Grease last year, the Mary Immaculate College dramatic arts society have taken on one of the greats of Broadway and the West End.

FOLLOWING on from the sell-out success of Grease last year, the Mary Immaculate College dramatic arts society have taken on one of the greats of Broadway and the West End.

It has never been staged in Limerick, or the Mid-West, to date despite being a box-office hit for over 20 years, but students at the South Circular Road college were unfazed by the task.

For their 14th annual musical, the MIDAS group will return to the stage, for the second time in the Lime Tree Theatre, with Andrew Lloyd Webberâ€™s Cats.

For fourth year BA English and theology student Sadhbh McCoy it will be her last outing as director. This is the third production the 23 year-old from Clonlara has directed, but Cats has presented quite a change in style from previous productions, from Grease last year and The Wedding Singer a year previously. â€œItâ€™s not something that would immediately appeal to everyone, but itâ€™s a great show, and is basically one big song from start to finish. It has been quite a challenge in that thereâ€™s no dialogue,â€ she explained.

The cast of 43 students have been put through their paces with three rehearsals a week over 10 weeks.

â€œThe cast are very dedicated and talented, especially when you consider weâ€™re all studying for out degrees. Before we staged our productions in the halla in Mary Immaculate, but now since weâ€™ve moved to the Lime Tree theatre, things have moved up a notch and become even more professional. We have to match our performance to the venue,â€ she said.

Cats will run from Wednesday next, April 17 to Friday, April 19 at 8pm.