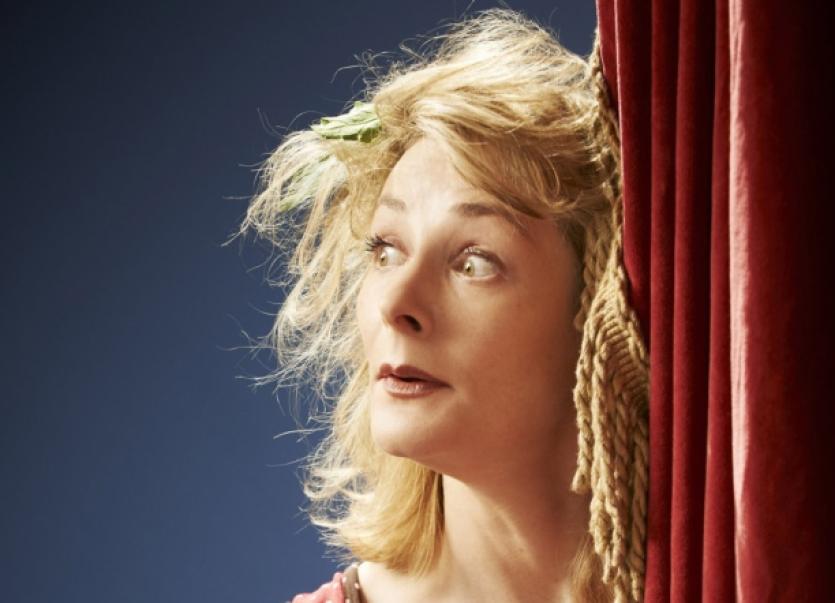 ISAAC Newton had his when an apple hit him on the head, but actress Suzanna Geraghty had her own ‘eureka’ moment when a book hit her on the nose.

ISAAC Newton had his when an apple hit him on the head, but actress Suzanna Geraghty had her own ‘eureka’ moment when a book hit her on the nose.

The Irish actress, a one woman whirlwind who has written, produced and performs in Auditions, Zoe’s Auditions, coming to the Lime Tree Theatre next week, was living the “archetypal” life of the actor in New York, “doing every piecemeal job”, until asked to create a sketch.

“I found a character called Zoe, who is a walking state of emergency,” she laughs.

“I was spurred on by the request, and this character came out of me. I had so much success with the character and I really wanted to create a play, but I am dyslexic. I had no confidence.”

The moment of inspiration came while she was in the public library in New York, leaning on a bookshelf, when a book hit her on the nose.

“It was a book by Jacques Lecoq and it described the actor as creator and it really blew me away, because the idea of writing and sitting down in front of a computer and feeling very inadequate was no longer part of the process.”

The actress made her way to Lecoq’s school in Paris and was encouraged to create a show around her character, the result being Auditions, Zoe’s Auditions, which has seized plaudits and acclaim since its first production in New York in 2011.

“I went back to New York and I knew it was time to step out, sink or swim. It has just been amazing,” she says of the show, which lists ‘Zoe’s’ attempts to leap from humble stage manager to fully fledged actress, with hilarity on the way.

It is a show stuffed with physical comedy, Broadway musical numbers, pathos and farce - with the character undergoing a change with every experience, much like her creator.

“It is inspired by what you learn being an actress, all the rejections,” she explains.

“What I did to keep myself in the game, was not to attach my self worth to the outcome of any audition. What the play is saying, is be yourself. It is a voyage of self-discovery.”