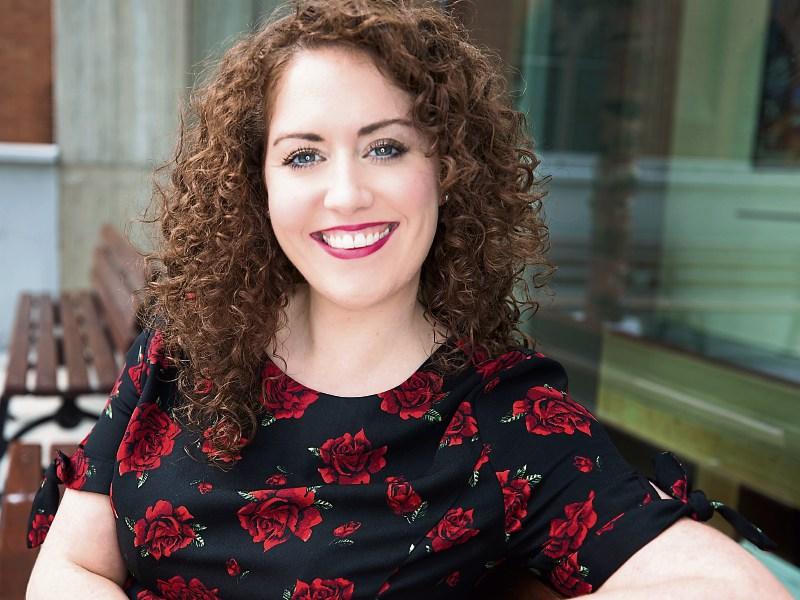 Originally born in Dublin I moved to Limerick when I was just four years old as a result of a work promotion received by my dad.

That said, I consider myself to be a true Limerick Lady. For example, I attended Donoughmore National School in Co Limerick, Scoil Carmel Secondary School, the University of Limerick (UL), and the Guildhall School of Music and Drama in London. I always loved singing from a young age and sang in choirs both locally, in Donoughmore, and later at Secondary School. Initially, when I was deciding upon a career, nursing was my passion and singing was merely an enjoyable hobby. As a result, I went on to study for a Bachelor of Science in Nursing at the University of Limerick (UL).

Both traditional music and singing were strong influences on both sides of my family, for example, my late Dad, TJ Walsh (RIP), was a fantastic singer and performer.

My fondest memories are of family occasions when my dad would start the sing-song with his infamous rendition of; ‘Will Ye Go Lassie Go’. Subsequently, he encouraged everyone to stand and join him in singing the chorus. He would then call on the next person and so on and so forth. It is a wonderful thing that Irish people can communicate a story through song in a unique way. This love of communicating through song eventually led me to attend singing lessons. In fact, I worked with Shannon Heritage performing in their medieval banquets at Knappogue and Bunratty Castles. I also joined Limerick Musical Society where I met some fantastic people and got the performing buzz. I had a fantastic time playing roles in shows such as; ‘The King and I’, ‘Thoroughly Modern Millie’ and ‘Fiddler on the Roof’ with wonderful colleagues from whom I learnt a great deal.

Through voice lessons with the wonderful Olive Cowpar I was introduced to the world of opera, German Lieder, French mélodies and musical theatre.

Through her guidance and nurturing, Olive helped me to realise that my voice was well suited to classical singing. Indeed, she encouraged me to enter competitions like Feile Luimní, Feis Maitiu Cork, and Feis Ceoil in order to gain stage experience. Then, as I progressed, I realised upon reflection, and with the support of family and friends, that I needed to pursue my singing studies abroad. Eventually, I auditioned and received offers to study at all of the London conservatories, from which I chose the Guildhall School of Music and Drama.

Everyone can sing and it has great benefits, for example, singing in a choir has been known to uplift people.

There is a great sense of achievement and teamwork involved. Opera is often perceived of as being an elitist art form for a select few. However, I believe that opera should be accessible to all with audiences being carried away on a journey when they attend a performance.  Whether you are a seasoned opera attendee, with a keen interest already, or you are a complete newcomer but want to see what it’s all about, Opera Workshop encompasses it all.

Initially, I got to know mezzo-soprano, Shirley Keane, at the Guildhall School when she led a drama class that I also attended and immediately we hit it off.

It was a classic Irish ‘small world’ moment when we realised that we were both from Limerick and had attended Olive for singing. Shirley is an inspiring teacher and performer with an amazing insight into the world of the arts. She has a wonderful vision for the future of opera in the Mid-West and I firmly believe that she will bring performances of the highest calibre to these audiences. I am so delighted to be involved in Shirley’s upcoming fundraising event to help support opera in Limerick and to perform in this event alongside a group of wonderful singers. The arts world can only be enriched by the company that she set-up, (called; ‘Opera Workshop’), and the future is bright. Always wonderful to get an opportunity to perform at home, I was delighted to work with Opera Collective Ireland last year, opening our opera, ‘Owen Wingrave’ to a very welcoming audience at the Lime Tree Theatre. I am currently working with Scottish Opera in their production of ‘Eugene Onegin’.

‘Opera Workshop’ previously brought you; ‘The Countess’s Salon’ at Number 1 Pery Square and ‘The Trouble with Virtue’ at the Hunt Museum to packed audiences.

Next it will take Dolans by storm with their next production of ‘Party Pieces’. This is a show that will take the audience on a magical journey through solo and ensemble songs, musicals, opera, and operetta. There will be most definitely something for everyone.