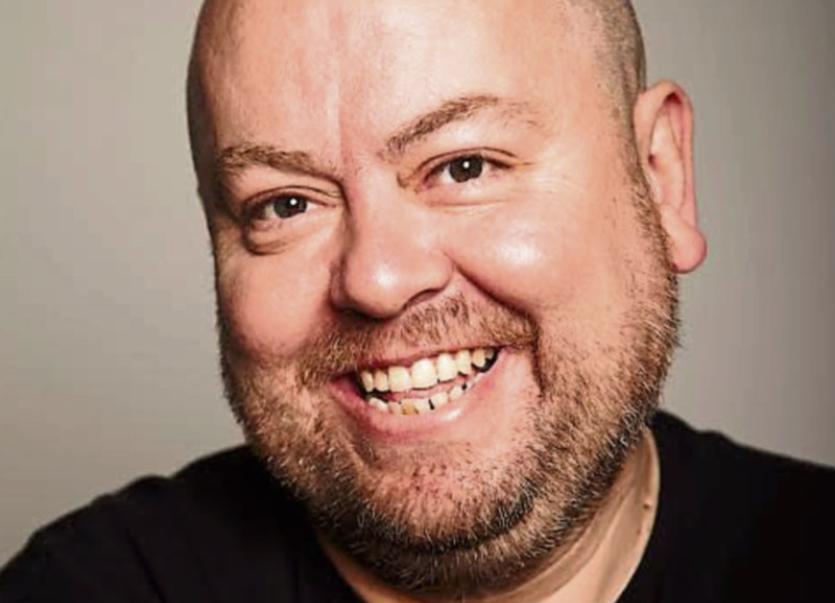 The second of three children, I was born in Cork city to a music loving family, with my father, also, instilling a love of books in me.

I took these twin passions with me to Coláiste Chríost Rí both for my primary and for secondary schooling. However, after I completed my Leaving Certificate I went straight into the world of work, as College wasn’t for me at that point. Nevertheless, later-on, I went back to University College Cork to study Business.

I have had many jobs working for various companies over the years.

Some of the jobs I was good at and some I was terrible at, but regardless, I would work away and work even harder at the latter variety. Most of my family thought that I was ‘mental’ to have quit a good job ‘to become an actor’. Maybe I was, but sometimes you have to do that ‘mad thing’. My wife was totally behind the idea, and my greatest influence to go for it. In fact, her philosophy is simple: ‘Life is there to be lived’.

In the beginning, becoming an Actor was never on the cards.

At first, I worked in the ‘Real World’ as I call it. Although, I loved all the companies that I worked for down the years, as with all jobs, there was pressure and I needed something to relax. I decided, therefore, to take acting classes, as I had done some acting when I was younger. For example, I played Rolfe in ‘The Sound of Music’. These classes opened-up a completely new world for me. It was like a light going on in my brain and I said to myself: ‘this is for me’. Mind you, it took time to build up the courage to go for it. Doing bits and pieces along the way, to make the leap from full-time job to full-time actor, took some 15 years. Eventually, with a new house, a five-year-old child and a six-week old baby, I quit the full-time pensionable job to follow my dreams.

Today, I love the freedom of being an actor; it is amazing that I now get paid to play all these great characters.

In particular, I love using words and language. Storytelling is, also, great fun. People always inquire: ‘do I worry about the next gig’ or ‘what happens if I don’t have a gig lined up’, or ‘where will the wages come from’. However, I will always find a bar job or be able to teach drama. Even if I have to sweep the streets, acting is what I will always do. Indeed, we are currently going through a resurgence of creativity in this country. While it is hard to make a living from the arts it is also hard to make a living from almost any job in Ireland today. The difference for me is that I love being an actor.

Enthusiasts often ask me how to become an actor.

My view on this is simple, if you feel like it is something that you want to do, then just do it. Join your local amateur theatre group and see if you like it, read plays and autobiographies on actors, directors, and writers. However, that said, acting is a hard life. You are constantly looking for the next gig, auditioning, hoping, and dreaming, but when you get the call from your agent, it is one of the best feelings ever. For example, when I heard that I would be cast as ‘Mord’ in ‘Game of Thrones’ (for HBO 2011) it was a truly magical moment and it has since opened many doors for me.

Currently, I am on tour with a play called; ‘God Bless the Child’.

This is based on the writings of Frank O’Connor using three of his short stories namely; ‘First Confession’, ‘My Oedipus Complex’ and ‘The Genius’. We played Limerick twice and had full houses on both occasions and we also got to play Kilmallock to a packed house (and I mean packed!). I have two new films out as well; ‘The Young Offenders’ (in which I act and am the scripted editor) and ‘Dead Along The Way’. One of the best rewards from the acting game is that you do get to travel, and depending on the gig, sometimes you get to go to some very cool places. Indeed, I have signed-up for a new gig next year which takes me to Croatia. Likewise, I love travelling throughout Ireland with a play, as I get to see parts of the country that I wouldn’t normally.

My next project called; ‘Fred and Alice’, is easily my most favourite part to date.

I had signed-up on a five-week contract for this play three years ago. However, it keeps coming back due to popular demand. Fred and Alice are both in an institution but viewers are not told exactly what is wrong with them. Eventually, the audience come to realise that there is something very different about them. What I love about the play is that it reveals the world through a very different set of eyes. A funny and touching play we tend to laugh with the characters and not at them. This is a hugely important message for a couple who truly love each other. After ‘Fred and Alice’, I will be looking forward to the ‘Panto Season’. This year I will play the ‘Dame’ in ‘Red Riding Hood’, at the Everyman Palace Theatre in Cork, and next year should be even busier, thank the stars!