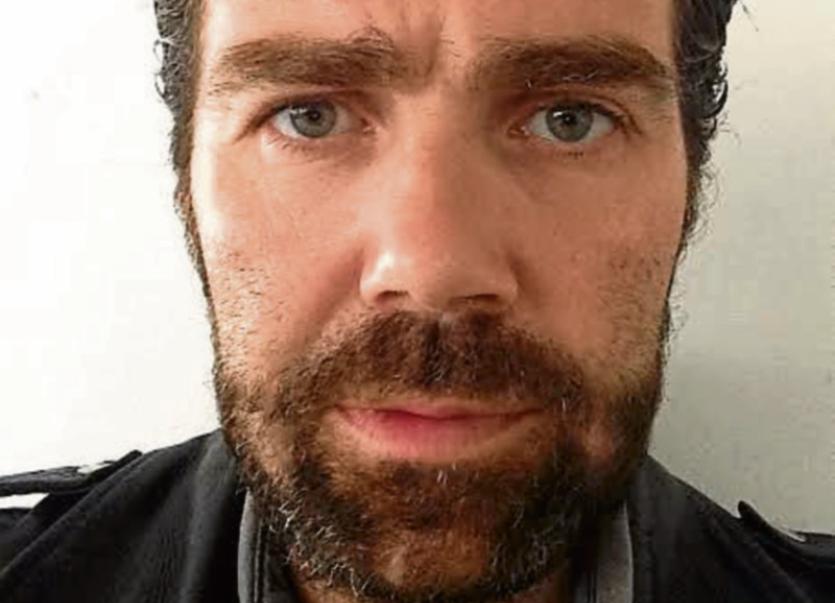 Born in Limerick I was raised in Caherconlish.

My primary education was undertaken at the local National School, and my secondary education was received in the former Presentation De La Salle School, in Hospital. I left my home place in my early twenties to study at Trinity College Dublin. I, also, did a semester at Balliol College in Oxford. Over the years, I have moved between Dublin and Limerick where I also studied at the University of Limerick. I love Limerick, always have and always will. In terms of actor training it has probably never been more expensive and quite difficult to gain access to it in Ireland. In this respect, it is something that I wish could be addressed and democratized.

Had it not been for the encouragement of others I would never have put one foot in front of the other in terms of an acting career.

This has been so from my earliest days, getting paid work as a young man playing with the Island Theatre Company, through to the many friends that I have made over the years. In fact, advice is vital in any sphere of life, it doesn't cost anything to give but it is priceless to the recipient. Of course, possibility and chance are part of that equation. For example, there is the chance to do something different each time a project presents itself, and the resulting possibility, that it will lead you down a new path with a new collaborator.

My aunt, uncle and grandmother, all had turns on the stage many years ago, so it wasn't unheard of in the family.

Apart from this familial support, ironically, I have been fortunate not to have had a dominant guiding voice in my life. Although, I must mention Terence Sexton, here, who was a good friend who passed away three months ago. He was a painter and a genuine Limerick character who was a great ally of mine in his time. Furthermore, to the best of my knowledge, way back on the family tree, we had a British officer, who had served in the Middle East during the First World War. I gather, he was of a very theatrical nature which he brought to bear on a social gathering or two.

Like any jobbing actor I am constantly torn between the various media of; Theatre, TV/Film and Radio.

I don't have any particular preference because it is the material that one tends to focus on. I, also, love the camaraderie of working in a team. Indeed, it is not too dissimilar to playing in a band, in that respect, especially in the theatre, where a live element exists. The world has shrunk so much through the advent of technology and the possibilities are now infinite. Having said that, it is often difficult to fight the internal pessimism that afflicts actors at different points in their working lives. However, once you can overcome or navigate this pessimism new options emerge. For example, the necessity to create my own work is a possibility that intrigues me, very much, today.

Recently, I have been drawn to writing historical novels. Something set during the Second World War would be the period that I would love to explore the most.

It is a period that will continue to fascinate readers for decades to come. To try and discover an authentic voice that would emerge from back then, to speak to us now, would be a worthy writer’s endeavour. However, there are very few writers who arrive at the point of being able to sit in front of a blank page and fill it with wonderful images. Discovering the right story to express, or capture, is the Holy Grail for any writer. I imagine that after that, there is perspiration. So, I don't necessarily think I'm quite there yet.

You can find yourself pretty limited if you continuously place exclusivity on one particular artistic medium rather than another.

This, in turn, lessens any opportunities to broaden your experiential base, which is such a large part of the job. In this regard, recently, I was fortunate enough to have received an offer to appear in A Skull In Connemara, which lead to subsequent appearances. I am currently rehearsing The Weir by Conor McPherson for Decadent Theatre Co., in Galway, founded by Andrew O'Flynn, which will be touring nationwide for the summer. After playing The Belltable, with The Weir, we will have a week in Galway, a week in Cork, a week in Kilkenny and three weeks in the Pavilion Theatre, in Dun Laoghaire.

It is really difficult to pin down what makes Conor McPherson’s work so special.

However, there is a truth and a magic about it, which may sound contradictory, but that's what he has. Indeed, that is what all great art is. Before a word is uttered by an actor, his words are very much alive on the page. This is soul food for the likes of me. He has put something really special together, over the years, down in Galway, and it is hugely impressive to witness, first hand, his tenacity and talent. It takes an incredible inner strength and patience to start and hold a theatrical company together. So, I admire him greatly. Limerick is a city that is also, very definitely, on the up, especially after the wonderful year we had in 2014, with the City of Culture. I, like everyone else, have my fingers crossed for the European (2020) bid!

To read about the actor Patrick Ryan access: http://www.theagency.ie/ #!patrick-ryan/c198z