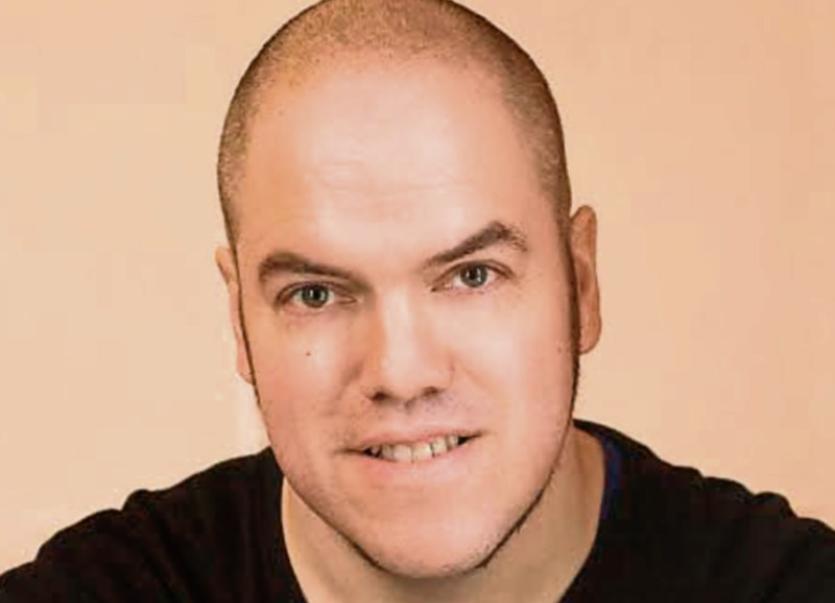 Initially, in secondary school, I planned to do Graphic Design, but did a two-week block of sculpture and ended-up getting my degree in that. Today, my practice includes; sculpture, installation, photography, painting, print, drawing, film/video, and the written word.

Art was in my family so I was always drawing as a child.

Family members would bring office paper home, together with discarded notebooks and work diaries, (which I still have!), for me to work with. So it was inevitable that I was going to be become an artist. Indeed, several of my siblings are musicians while others do various arts and crafts. In fact, I always recall as a child that something or other was always being made, knitted or repaired. Recently, I even heard that my grandfather used to play the piano and the flute in my old bedroom. So, it is very important for young children to be exposed to art, and to be encouraged by those around them.

At LSAD ideas came first, and students had to decide which medium (or media) suited the chosen one the best.

We were, immersed in film, video art, traditional fine art and sculpture, as well as a range of multi-media techniques. So, by the time we graduated, we had valuable experience in a wide variety of working processes, which could be applied to future projects. Today’s graduate artists and filmmakers have, thus, been exposed to a huge amount of art, film ideas and art projects. All this informs the work they will make before, during and after their college experience, which is brilliant. The years following graduation are, thus, a great time to explore and experiment with art and filmmaking techniques. This experience is vital to informing the artist/filmmaker’s future work.

Ideas for art and film projects usually emerge from topics that I feel strongly about.

This can be a social/political issue or something which I have directly experienced. There can be a very personal element to my work, though this can be hidden beneath the style, content or layers of symbolism. In recent years, my work has, also, become less and less personal and more about the world and issues around me. Creativity seems to come out eventually, that inner drive, the fire in one’s belly, which keeps on bubbling to the surface. Much work and effort goes into making art and film pieces, (location, props, sets, costumes, as well as all the different media). I have often seen people take a prolonged break from art and then get back into making work, in their own time, at their own pace.

Filmmaking can be very challenging, given the current budget cuts.

However, during times like this individuals and groups often just decide to ‘get on with it’, and to make the work, whether that be an art or a film piece. Indeed, there are so many people who band together to form dynamic production companies or artist/studio groups. Lean times, like the present, can also force people to overcome budgetary constraints by pooling resources. It also gets people together, networking, and discussing possibilities. That is an area where creative ideas and projects can flourish.

I am often inspired by a combination of the mysterious and the hidden.

Take, for example, the place of the world in the wider universe around us, as well as the human condition. What makes people feel the way they do? Dreams play an important element in my work, so I have been keeping dream dairies for many years. In this, I am, also, influenced by surrealism and directors in this genre, like David Lynch. So, I like to make art and films that the viewer has to work to discover what’s going on. I, usually, don’t spell it out for them. Some of the themes in my work include personal and local history, folklore, memory, and the traces which people, places and industry, leave behind them.

Traces, is my most recent book and is a follow-up to a previous publication entitled, Trace.

Both are based on the items which people leave between the pages of books, and are then forgotten. These books usually end-up in charity shops, where the traces are discovered and collected. Missing is a short film which I am currently editing. It deals with the themes of childhood, memory and the coming of age. I’m about to begin work on the sound and hope to have the film finished by the early summer. I’m really looking forward to getting this film out there and submitted to festivals. I am, also, working on a new book of poetry and have several other artist books in the pipeline.

Limerick is rapidly becoming a haven for artistic excellence. Many artistic groups are being formed in the city from out of the legions of LSAD graduates here.

This has given rise to periods of intensive creativity and big cultural events. Even before Limerick had the City of Culture, several groups of LSAD graduates began to stay longer in city, putting down roots, as it were and starting their own galleries and studio groups. The City of Culture year gave local people a glimpse of how much more enjoyable Limerick could be. The city has one of the best-known and oldest art colleges in the country and several well established art spaces and artistic groups. All this combined with the 2020 bid, (no matter what happens), will make Limerick a very exciting place, in future, for the arts and culture!