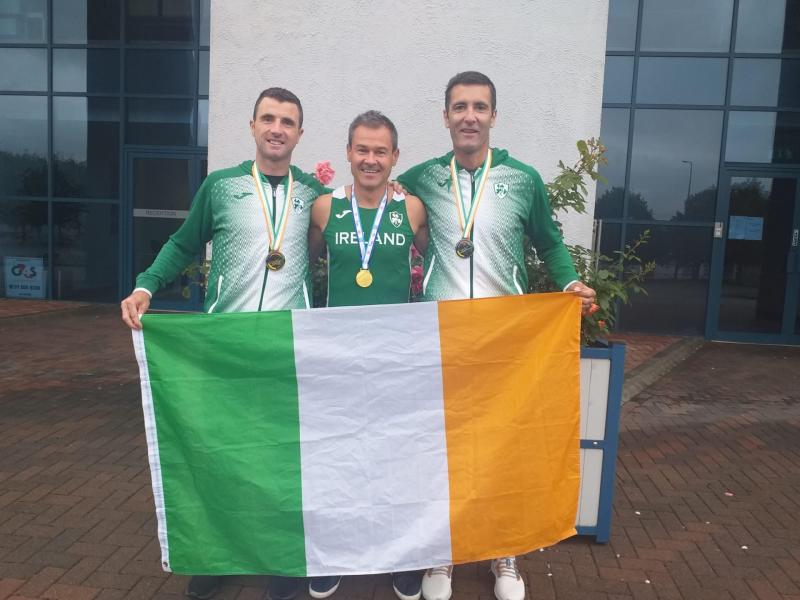 John Kinsella won Silver M40 in the World Mountain Running Championships in the Comeragh Mountains and was part of the Gold Medal 040 Irish Team.. Shane O'Sullivan won a World Masters T&F Championship Gold Medal in the 4x400m Relay in Finland. Ger Cremin was on the same Irish Gold Medal winning 4x400M Relay Team and also won a Silver Medal in the 110m hurdles

The Cross Country Season began last weekend with the North Cork AC Open cross-country event in Doneraile Park. Well done to Elsa Fahy and Ciaran Mcloughlin who were both first in the U9 750m for West Limerick. Gavin O'Connell of Kilmallock AC won the U10 boys race finishing ahead of 12 other runners in conditions not for the faint hearted. The Limerick County Championships begin next weekend.

In Newcastle West Karl Lenihan set a new course record time of 16:46 on his first ever Parkrun. His record surpasses that of 17:11 previously set by Clubmate Aogan MacDomhnaill.

September 25th UL Limerick Mini Marathon, 5K and 10K this is no longer a Women’s only event.

"I had only taken up running when it was suggested that I try cross-country by the late Paddy O'Connell. Siobhan McCormack lent me a pair of her spikes and told me you’ll be grand. The race in question was a Munster event (can’t remember if it was Novice or Intermediate) in Tulla. I just remember all the other girls looking very lean and fit and they took off like bullets. I had only ever run ‘road’ up to that point and found the notion of running laps around a field a little strange. But once I settled in to it, I found myself getting stronger and began picking off those same girls who took off like bullets. I finished a respectable fourth and that was it - I got the bug. What I learned that day is the tactic I use to this day: cross-country is about racing clever and the legs feel noticeably stronger after the season. It’s a fantastic club day and I couldn’t recommend it highly enough": Fiona Burke

"Cross-country is more about strength and endurance whereas Track is more about speed. After a good winter cross-country season athletes are physically stronger heading into the spring-summer track and road season. No two cross-country courses are the same. Times vary so much depending on conditions and terrain, hills, incline, mud, winter weather etc. Times don’t really count, it’s more about positions in a race. You hardly ever hear someone saying 'I ran that cross-country race in such a time'": Jackie Kingston (UL NCEF Graduate &Rathfarnham WSAF AC Juvenile Coach)