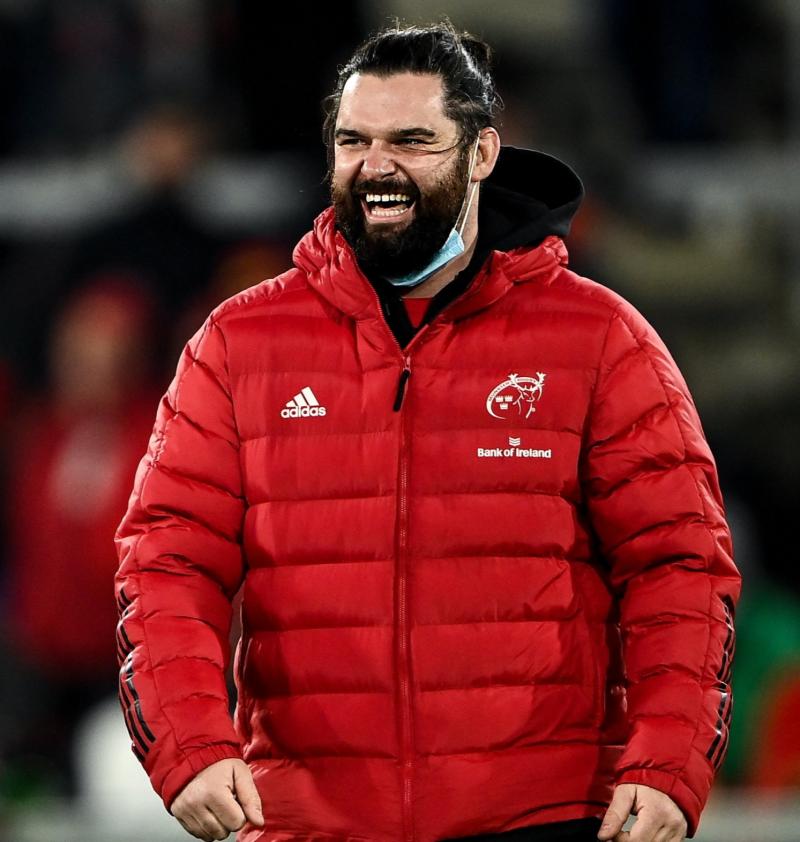 O'Byrne scored eight tries in 90 appearances since making his senior debut against Edinburgh in 2014.

The former UL-Bohemian RFC hooker previously captained the Munster U18 Clubs side at the 2008/09 Interpros and was part of the Highfield U18s All Ireland winning squad in 2009.

He played a large part in Munster A’s B&I Cup title winning campaign in 2016/17, scoring a try in the final against Jersey Reds at Musgrave Park.

Made his Champions Cup debut as a replacement against Racing 92 in October 2017 and went on to make his first European start in the victory over Leicester Tigers at Welford Road that December.

O’Byrne was awarded Man of the Match on his first start of the 2018/19 season away to Cheetahs in November and made 18 appearances over the season.

Another strong 2019/20 season saw O’Byrne make 20 appearances. He was named in the 2020/21 Guinness PRO14 Dream Team after an impressive campaign that saw him score five tries in 18 appearances.

O’Byrne has made three appearances so far this season along with featuring for Highfield in the AIL.