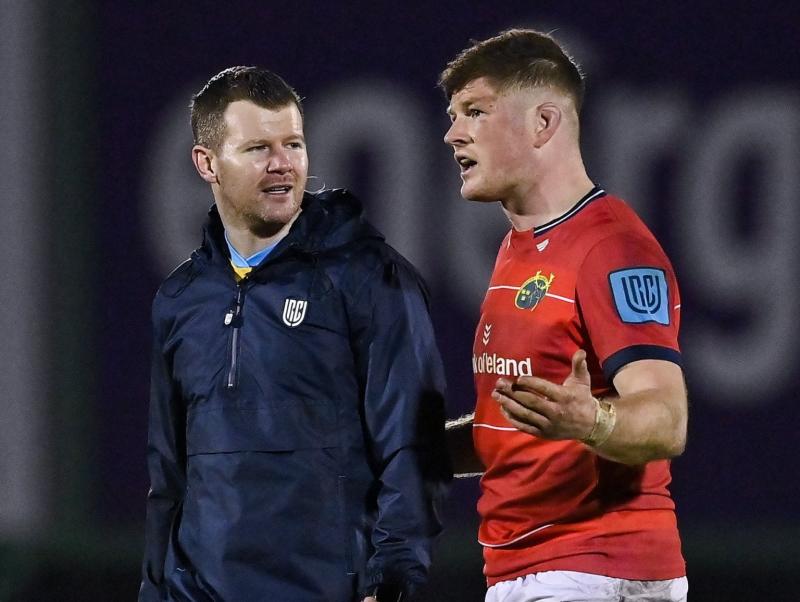 LIMERICK referee Eoghan Cross will make his United Rugby Championship debut this week when he officiates at a final round regular season fixture.

Cross has been appointed to take charge of the Round 18 URC game between Benetton and Cardiff Rugby on Friday at Stadio Monigo in  Italy.

Eoghan Cross joined the MAR in 2016 and straightaway showed good promise as a referee. He progressed from age grade into adult rugby during that initial season.

Cross earned promotion to the IPAS group in 2017 and made the IRFU national panel for the 2018/19 season, refereeing across all Division 2 of the All Ireland League that season.

Since the resumption of rugby in the wake of the Covid-19 pandemic, Cross refereed the pre-season challenge game between Connacht and Munster in Galway and progressed to Assistant Referee level in the Guinness PRO14, before now being appointed to make charge of his first URC fixture on Friday.

Cross was selected as Munster Rugby Referee of the Year in 2020.

The Limerick official recently officiated the Energia All-Ireland League Division 1A final between Clontarf and Terenure College at the Aviva Stadium.