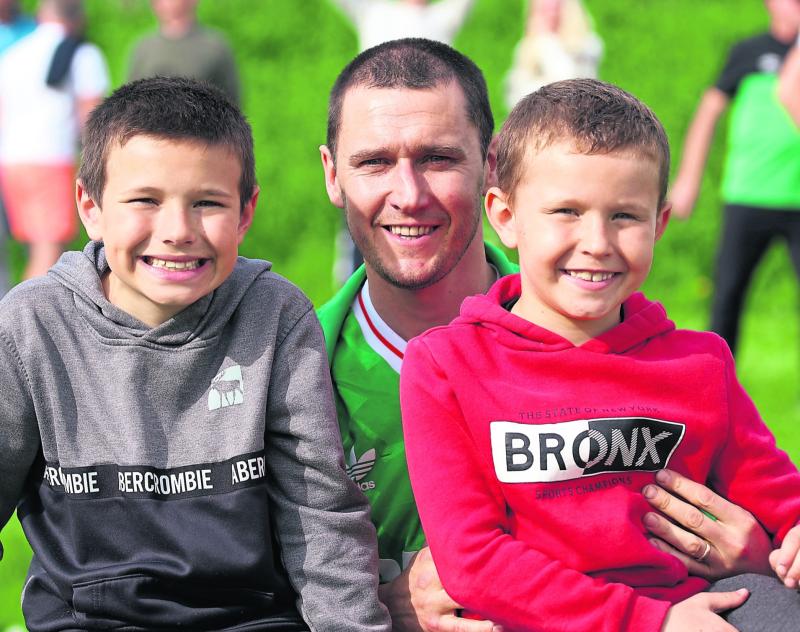 WITH the Junior Soccer season racing to a close, this week’s schedule brings a host of cup finals and crunch league games down for decision.

The Premier League could be wrapped up this week if Fairview can win their two games. That said, when the opposition is Ballynanty Rvs and Pike Rvs respectively then nothing should be taken for granted.

Holding a three-point advantage over Pike Rvs, Fairview face a tricky assignment on Thursday evening away to Ballynanty Rvs. While Balla can still take the title mathematically, in reality a six-point gap looks too much with just three games remaining. That said, Balla will always make life difficult for any visitors and Fairview can expect a tough encounter.

On the same night, Pike Rvs host an Aisling Annacotty side also capable of upsetting the odds.

The top two will have two days rest before they meet in a game that could well decide the title.

Fairview Rgs v Pike Rovers always is a vital game in the season but none more so than this one. It’s a must win game for Pike while Fairview, assuming they take full points on Thursday, will be uncatchable if they prevail.

I think we can expect a tight affair that could fall either way.

On Wednesday evening the Under 17 Div 1 Cup final promises to be an exciting affair between the top tow sides in the leagues, Fairview Rgs and Caherdavin Celtic.

Fairview won their league encounter earlier in the season, but Celtic strengthened during the campaign and got revenge in the return game. This game has all the ingredients for a thrilling encounter.

In Division 2A, Wembley Rvs (assuming they take the points against bottom side Castle Rvs on Tuesday) will be promoted if they beat Abbey while in the Youth Div One Fairview Rgs host Aisling Annacotty, they visitors needing just a point to be crowned champions.

On Friday evening the Division 1B Cup Final sees a resurgent Glenview Rvs take on league favourites Regional Utd. Both sides are high scoring outfits and while United recorded two wins in their league encounters, you can expect this to be a little tighter.

On Saturday evening, Hyde Rgs and Castle Rvs meet in the final of the Division 1A O’Halloran Cup. With promotion secured Hyde will look on this as a bonus. Having beaten United twice already Hyde will go into the tie as favourites, but they have savvy management who will ensure there will be no complacency.

In the Premier League (Lower Tier) Mungret Reg hold a point advantage over Janesboro and welcome Coonagh Utd in their penultimate game.

In the relegation battle, Kilmallock will be looking for full points at home to Geraldines as they look to close the four-point gap to safety behind Coonagh and Prospect.

In the Premier A League Carew Park visit Newport knowing a win would guarantee at worst a play-off and, with their final game against relegated Hill Celtic, most likely the title.

If they slip up Charleville will be looking to keep the pressure on with a win at Cappamore.

Caherconlish will be crowned Division 2A if they can beat Kilmallock B while in Division 2B Aisling D will get their hands on the title if they beat Coonagh Utd B.