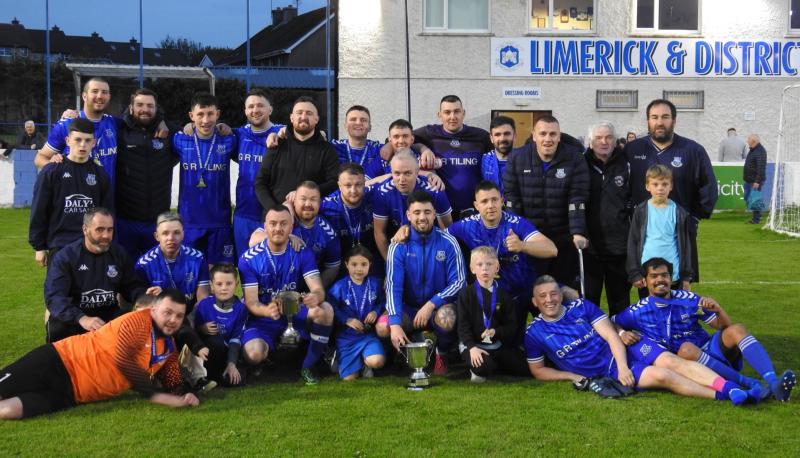 Ballynanty Rvs B team completed the Division 3B League and Cup double on Friday evening when they defeated Knockainey by Ryan Ahern’s solitary goal to add the Lar Hayes Cup to their haul.

Balla were strong favourites going into the game, having already beaten Knockainey three times this season. However, they got nothing easy in this one and had to dig deep to see off a young eager Knockainey side.

While the winning score came from one of their young guns, in the end it was the experience in the Balla line up (and there is plenty of it!) that came up trumps as the clock wore down.

Veteran midfielder Ray McMahon was superb. Winner of every trophy in the game, McMahon oozed class and while the legs may not be as fast as the brain, he still dictated the game.

Alongside him Dessie Fitzgerald was also in the thick of the action throughout while youngster Ryan Aherne also challenged for the man of the match award.

Knockainey may not have had the skill levels of some of their experienced opponents, they made up for it with enthusiasm and speed levels that had some of the Balla boys gasping for air at times, with Diarmuid Enright and Adam Hanley deserving of special mention.

Balla had a couple of early attempts from range that were dealt with comfortably by Dermot Dwane in the Knockainey goal.

The two best chances of the first half fell to fell to Ryan Aherne who headed powerfully, inches over the top from a corner kick and Dessie Fitzgerald who saw his shot from ten yards blocked by Gavin Bracken.

The deadlock was broken midway through the second half when a throw in on the right by Michael O’Donnell was flicked on by McMahon and the towering Aherne rose to head in from close range.

Knockainey went chasing an equaliser and went close when Liam Enright centred for Diarmuid Enright but his shot from six yards was blocked by a last gasp challenge by John Mitchell. 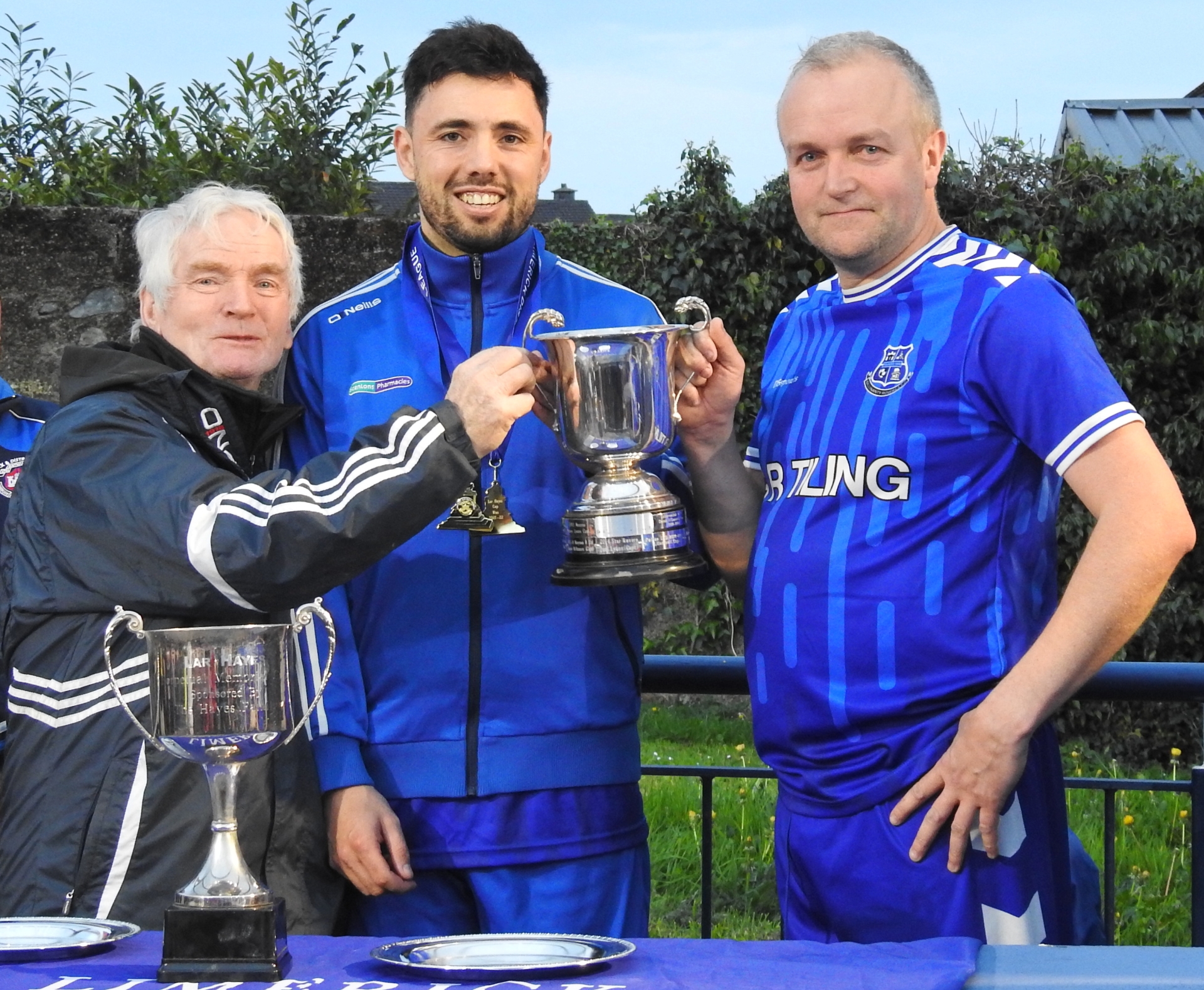 Despite the county side’s attempts, it was Balla who went closest to scoring again through Mitchell, Derek Daly and Sam Power which helped see the Blues through to victory.

The management team of Frank Lee, John Toomey and John Cusack were out of the country for the game but were monitoring events on a live feed in Spain.