Crescent College Comprehensive are through to the final of the 2022 Pinergy Munster Schools Senior Cup after the Limerick school recorded a 17-15 win over Bandon Grammar School at Takumi Park this afternoon.
Crescent College will now meet PBC in the final. (Match report from Munster Rugby.ie) 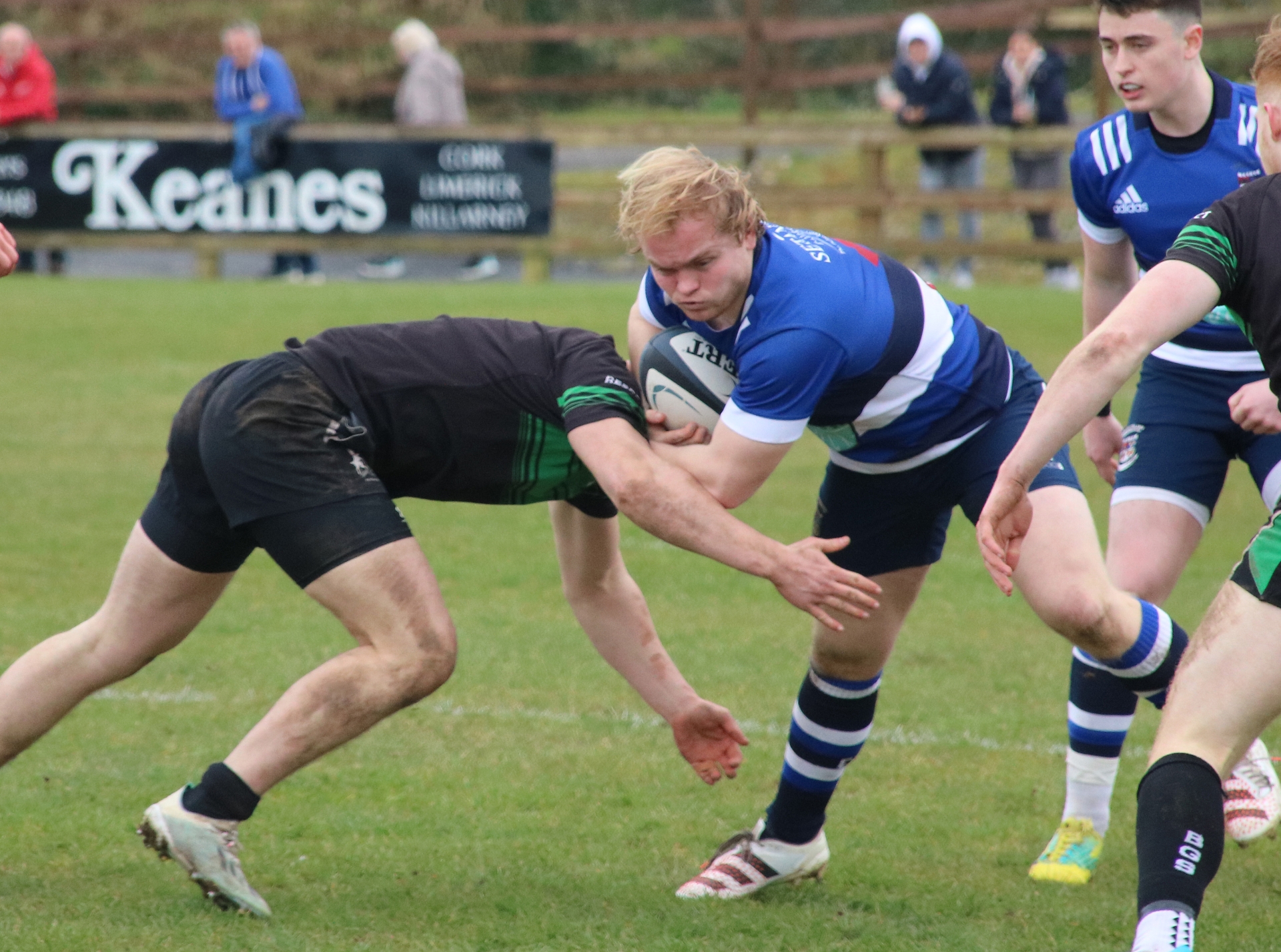 Crescent dominated territory and possession in the opening 35 minutes with the aid of a strong breeze but they were unable to make it count as they were repeatedly thwarted by a determined Bandon Grammar defensive effort.

Bandon’s task in the first half was made more difficult when an early yellow card for Jack O’Regan saw the West Cork school reduced to 14 men.

Crescent came close to the opening try of the game at the midway point of the first half when a strong carry from Max Clein got the Limerick school on the front foot. The ball was spread wide to winger Brandon Nash but he was tackled into touch just before the try line.

Moments later, Crescent hooker Conal Henchy thought he had scored the opening try of the game but he was held up off the back of a rolling maul.

With the sides going into half-time on a scoreline of 0-0, Crescent upped the gears at the start of the second half and they soon scored the opening try of the game when Ruadhan Quinn powered over from close range from a quick-tap 5m penalty. Oscar Davey was successful with a difficult conversion attempt to give his side a 7-0 lead.

That lead was soon reduced when the Limerick school were pinged for holding on in their own half and Williams made no mistake from the tee this time as his penalty reduced the deficit to 7-3.

Crescent number eight Quinn put his side further ahead when off the back of a scrum, the powerful back-row picked and drove for the line to score his second try of the game. The conversion attempt was unsuccessful so Crescent had a 12-3 lead.

Bandon then started to apply a lot of pressure and they were almost in for their opening try when their winger Barry Spearman-Walsh was tackled into touch by Crescent’s Cian O’Halloran with the try line just inches away.

Bandon then hit back with a try after a cross field kick from Paddy Gaffney was collected by Peter O’Sullivan and the centre made no mistake with the finish. Williams was unsuccessful with the finish so Crescent’s lead was reduced to 12-8.

Bandon suffered a blow soon after when their number eight received a red card. However, despite the numerical disadvantage, they took the lead.

Jay C van der Westhuizen blocked down a clearing Crescent kick and the Bandon openside collected the bouncing ball to cross under the posts.

However, in the final minute of the game, Quinn completed his hat-trick when he powered over the line despite the attention of two Bandon defenders.

The conversion was unsuccessful and the Limerick school were able to control the subsequent restart before kicking the ball dead to signal the end of the game and their passage into the final of this year’s Pinergy Munster Schools Senior Cup.