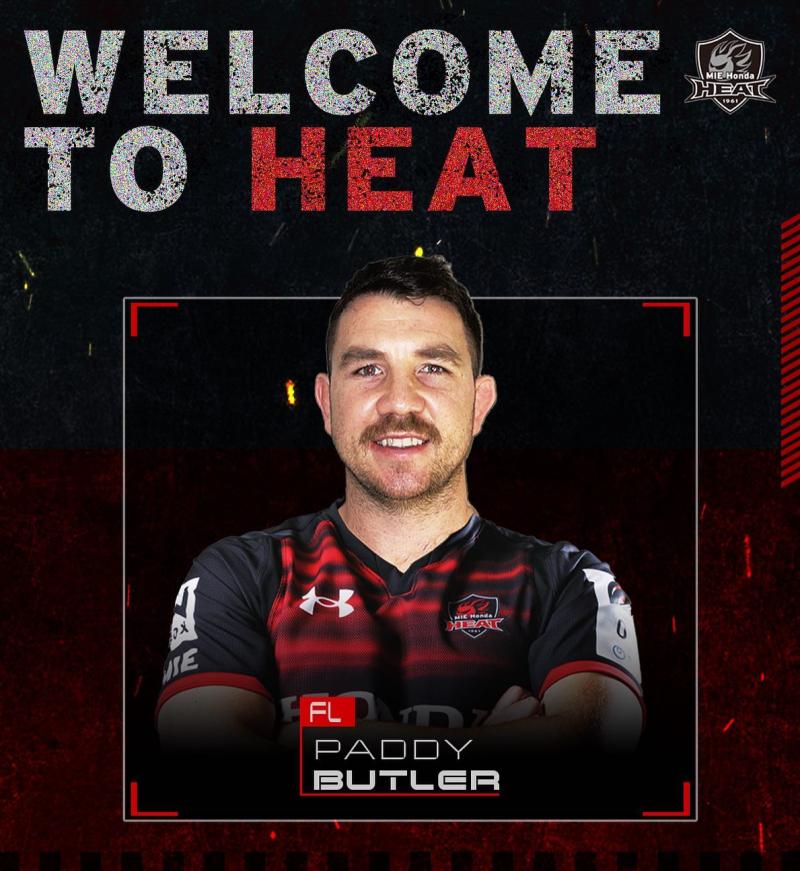 Thirty one-year-old Butler had previously played with another Japanese side Yamaha Jubilo who he joined on a two-year-deal in January 2020.

Honda HEAT, who are based inSuzuka City are owned by Honda Motor. The club play in the Japan Rugby League One, the top tier of the Japan's rugby union hierarchy.

The dynamic back-row, who represented Shannon in the All-Ireland League, parted ways with Pau in the summer of 2019 and was training with the Munster squad in pre-season.

In all, Butler played 64 times for Munster, scoring seven tries.