FANTASY PREMIER LEAGUE: Iheanacho and Maddison could be Foxes in a Canary house 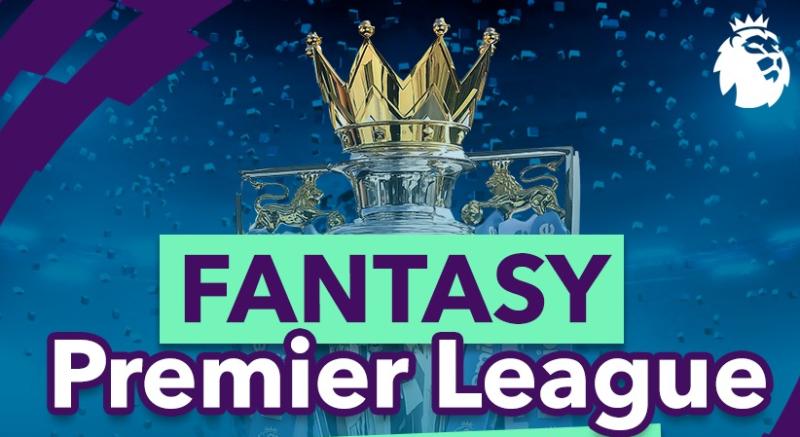 WHAT do you get when arguably the best attacking player in the world, after a rest, takes on a jaded team shorn of their best defenders?

ZERO points! That's what you get. You may have guessed I was one of those who captained Mo Salah against Leicester on Tuesday night.

The penalty save was a killer but you'd still expect Salah and Liverpool to punish a team that had City knock them for six just two days earlier. Oh well, that's FPL in a nutshell.

But after Leicester upset the apple cart they may be able to help pick up the Pink Ladies off the ground this weekend. Poor Norwich, who play Leicester this weekend, are in dire straits.

Crystal Palace's Edouard was an inspired choice against Norwich last weekend as he delivered a goal, two assists and three bonus points. Iheanacho, Maddison and perhaps Tielemans could be Foxes in a Canary house.

As Salah faces Chelsea before heading to the African Cup of Nations it could be time to cut him loose. But Chelsea are going through a dodgy patch and Salah could take Alonso to the cleaners. The obvious replacement is Son if you don't have him already. Or a straight swap to De Bruyne.

I'm like a broken record - but don't make any changes to your team until Saturday morning. There is also the possibility of double Gameweeks being announced. Plus, of course, Omicron related cancellations. 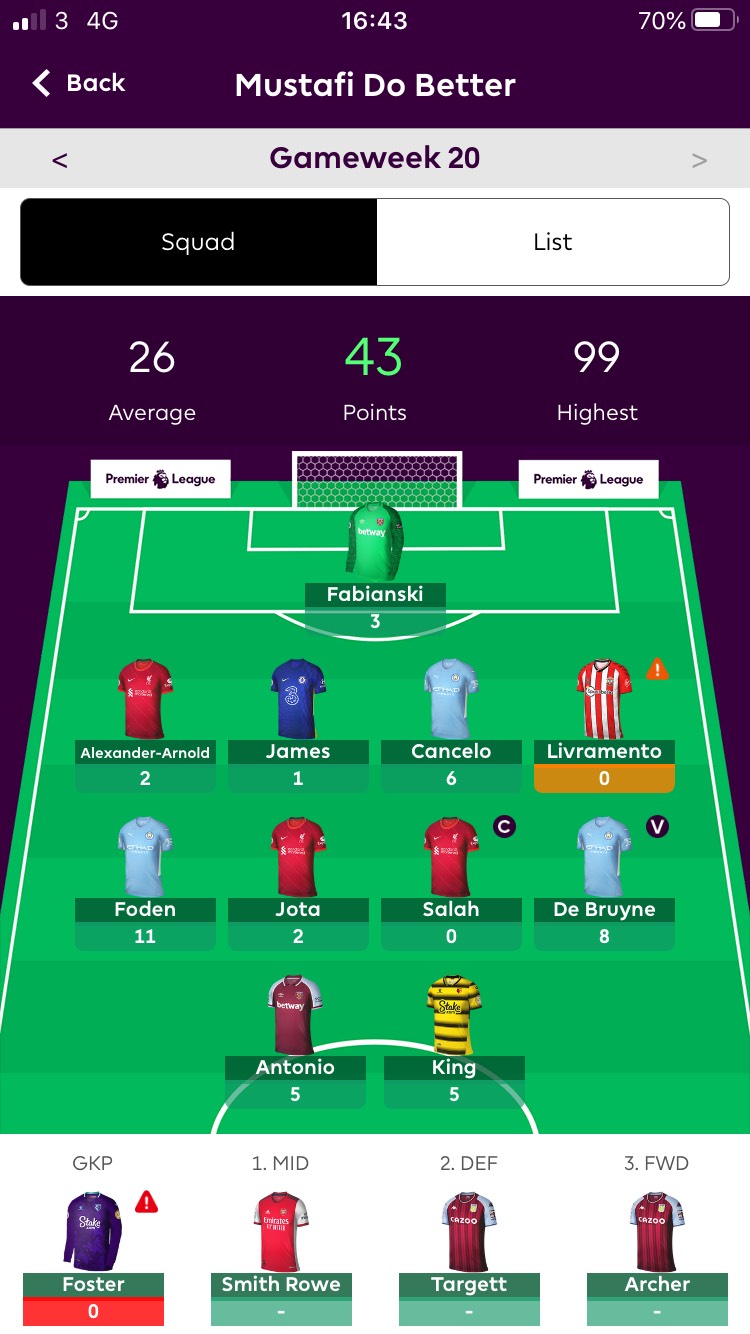 My slide continues - down to 6,737 in the world. Foden and De Bruyne saved me from it being a lot worse but if Ronaldo goes off against Burnley and De Gea keeps a clean sheet I will be out of the top 10,000.

Smith Rowe has been a little legend for me. Even when he has been benched he came off it to score but Arsenal's fixtures harden up (Man City next). If I sell Salah I could get Son and Bowen / Maddison for Smith Rowe. Iheanacho is also in my thoughts. But with only one free transfer I will have to put my thinking cap on. James being injured is another problem.

As a rule I don't like taking hits but what do they say about rules... Happy New Year to all my fellow Fantasy Premier League addicts.