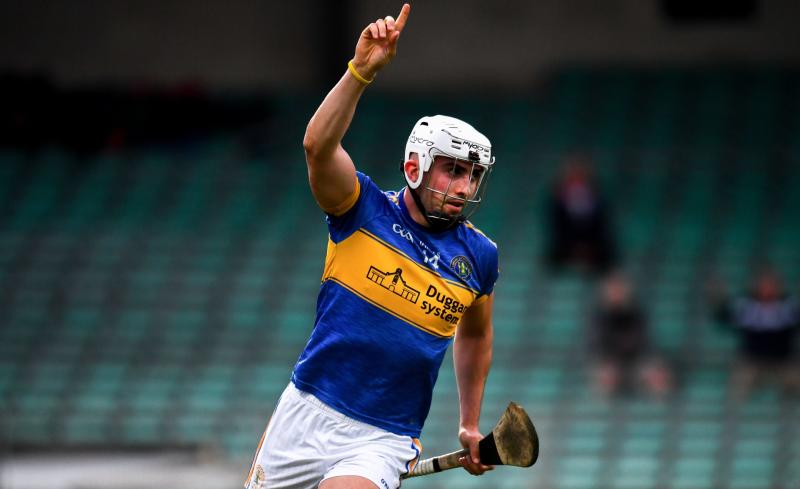 PATRICKSWELL powered back into contention in the Bon Secours Limerick senior club hurling championship with a straight forward win over Ahane.

In the LIT Gaelic Grounds this Sunday it finished Patrickswell 3-21, Ahane 0-17.

This was an impressive response from Patrickswell after their round one loss to Doon.

The Castleconnell side must now beat Doon next weekend to try force their way back into contention.

The foundation for victory was laid in the opening minutes - Aaron Gillane with two goals in 60-seconds.

The goals came in the seventh minute and Patrickswell were 2-3 to 0-1 clear.

Ronan Fox and Tom Morrissey had Ahane points in replay but then came another Patrickswell goal.

This time Cian Lynch set up Thomas O'Brien to find the net and The Well were 3-5 to 0-4 ahead.

Ciaran Barry and Morrissey points kept Ahane in touch but by the first half water break it was a 3-6 to 0-6 lead.

That lead was soon out to 11-points with Josh Considine among the five first half scorers for those in blue and gold.

Jason Gillane and Cian Fitzgerald points brought Patrickswell to 3-10 while Ahane continued to rely on Tom Morrissey for scores.

On the restart there was no letting up from The Well - they had six successive scores to move 3-16 to 0-10 ahead on 43minutes with Calvin Carroll and Jack Kelleher adding their names to the scoresheet.

Daniel Minihan went close to an Ahane goal but his drive crashed off the upright.

In the final quarter Josh Considine added his fourth from play and Mark Carmody also chipped in with a point.

Paul O'Halloran went close to two Ahane goals but Brian Murray was in top form between the posts.