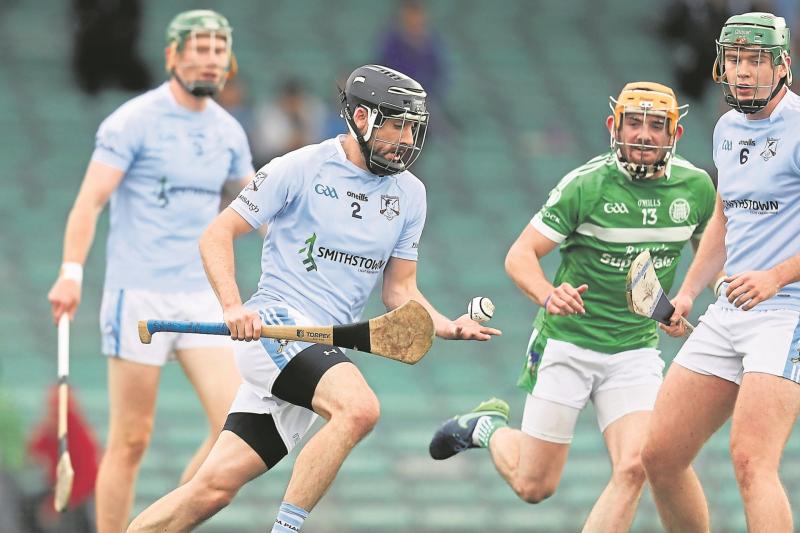 IT’S 10 years since Na Piarsaigh made their break through in the Limerick senior hurling championship.

2011 was their maiden title victory, and now the record books show the Caherdavin men have contested eight of the 10 county finals since that historic Limerick SHC title over Ahane – winning the Daly Cup on six occasions.

Cathall King is one of what is an ever declining group to remain from that winning team of a decade ago.

The men in Light Blue set out this Saturday in the 2021 championship looking to repeat the achievement of 2017 and 2018 to put county titles back-to-back.

They continue with Kieran Bermingham as manager and Tipperary’s Declan Fanning as coach.

"Delighted with them and I think they were delighted to come back too - Continuity is important because going from year to year to year can be too much change so continuity was important to us and the lads are great," explained the 2016 All-Ireland club winning captain Cathall King.

Na Piarsaigh had seven players on Limerick’s 35-man All-Ireland winning panel but undeterred the club panel have continued to prepare diligently in their absence said King.

"When the lads are away, you work away still in the club and it’s no different for anyone this year with the county men going from one competition straight into another. Maybe we had a longer time to get ready ourselves as a club team and prepare at home as best we could and then once we were out of lockdown to come back together and I never felt any joy like that of coming back to train with the lads again. It was absolutely fantastic to see everyone again and to get training - it’s been a delight really this year," he said with a broad smile when speaking at this Monday’s official launch of the championship by sponsors Bon Secours Hospital.

The evolution of time and perhaps injuries to Casey brothers, Mike and Peter and the previous injury to Shane Dowling means that fresh faces have appeared in the Na Piarsaigh in recent times with the likes of William Henn and Adam McNamara starting the 27-point county final win over Doon last September.

"That is so important for any team to be able to bring on lads year on year - they need the experience when they are young and then when you need them they need to be able to stand up and make a big difference in the team. It was great to see lads come in last year and I think you will see even more this year and lads that you might not have seen before and we are looking forward to see how the fresh faces make a difference."

King accepted that Na Piarsaigh playing intermediate hurling with their second string was a big asset to the club.

"Without a doubt - I played match at intermediate myself last year and the level is a good competitive level and it’s a great stepping stone for our lads who want to push on to the senior team. We have had so many on the intermediate last year and years gone by who are really pushing for senior spots now so it is definitely testament to having the second team at a high level of hurling and really pushing the senior lads from there," outlined the defender.

Na Piarsaigh are the 8/15 favourites to again win the title but King said that the favourites tag isn’t a burden.

"Isn’t it the place that you want to be - it’s a great place to be. It was something new to us not so long ago and we have been lucky over the last 10 years to have a good group of lads for many years. It’s something that we want to hold onto and we will never complain about having that sort of targets on our backs."

With just two group games, Kilmallock and Ballybrown, there is little room for error.

"Absolutely not - it will definitely work towards a lot more interesting matches and teams fighting tooth and nail in every single match and should be exciting - as a knockout format shows when there is a lot on the line it tends to be exciting stuff."

All starts with old foes Kilmallock in the LIT Gaelic Grounds this Saturday evening at 7.30.

"Ourselves and Kilmallock know eachother well as you would most teams in the county when you are hurling at a high level for so long - we owe them a lot and they owe us a lot and there is massive respect between the two teams and it will be no different this year."