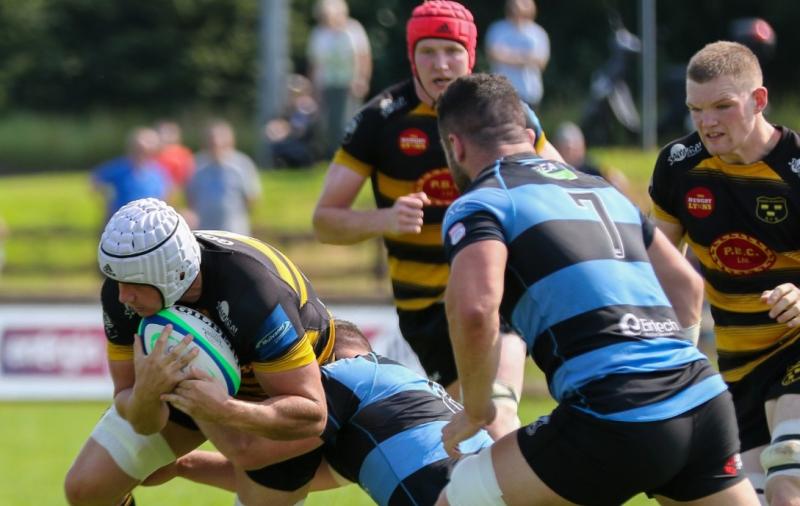 Two tries just before half-time proved crucial in propelling Munsters' to their eighth Munster Senior Cup title in the 2020/2021 decider.

This was an entertaining derby clash despite both sides having their first competitive outing in some 10 months due to Covid-19 restrictions.

A youthful Shannon, who were seeking the club's first Munster Senior Cup success since 2008, made an impressive start to the game which was played in steaming hot conditions.

The sides were level 6-6 at the first water break mid-way through the opening half, with Munsters' out-half Evan Cusack and his opposite number John O'Sullivan sharing four penalties.

The complexion of the game changed in the five minute before half time as Munsters' shot into a 12-point interval lead, 18-6, thanks to tries from Luke Fitzgerald and Harry Fleming, with Cusack converting the first of the two five-pointers.

Shannon responded well to those first half body blows in a hard fought third quarter and out-half O'Sullivan reduced Munsters' lead to 18-9 with a 58th minute penalty.

Resilient Munsters' hit back with the next score, a Shane O'Brien penalty to edge 21-9 in front.

Shannon, seeking a 20th title at this level, were in need of some inspiration and they found it when exciting out-half O'Sullivan touched down in the left corner in the 75th minute for 21-14.

However, any hopes Shannon had to producing a grandstand finish were ended when Craig O'Hanlon finished an excellent move in the right corner for a well-executed try from Gearoid Prendergast's side.

This was the first time that Young Munster's had succeeded in beating Shannon in a Munster Senior Cup final.

Munsters' won't have long to rest on their laurels, however, as the Greenfields side is due to begin the defence of the title when the 2021/2022 renewal of the Munster Senior Cup kicks-off with a game against Cork Constitution at Tom Clifford Park in just two weeks' time .