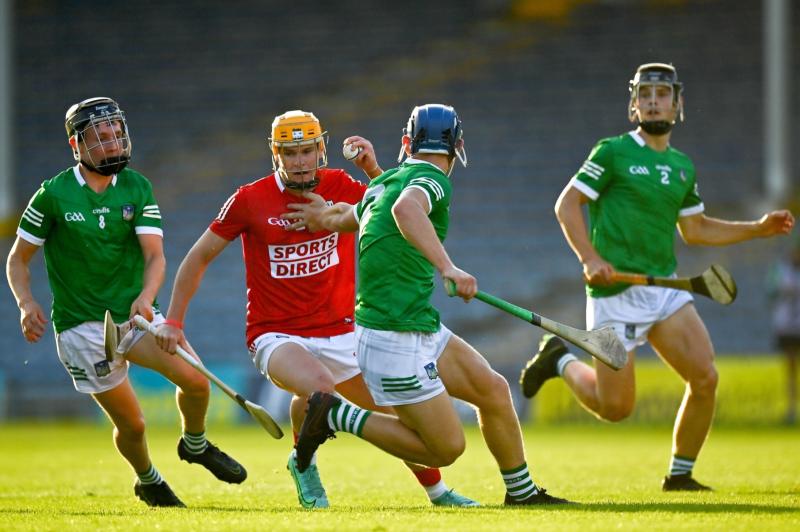 DEFEAT for Limerick in the Munster minor hurling championship this Tuesday evening.

The early stages were tight but when Cork hit the front they never looked back and were good value for their 10-point win to power into the final against Waterford.

Cork had beaten Clare by 40-points in their quarter final and looked the sharper side for that outing.

Champions Limerick had seven players from their 2020 winning panel but were second best here to a strong Cork outfit.

But it was a tied game at the first half water break on 15-minutes at 0-5 each.

Shane O'Brien had started Limerick off on top with a score from play and a free.

When corner back Joseph Fitzgerald pointed it was a 0-3 to 0-1 lad and seven minutes played.

Limerick's use of the ball in the early minutes was impressive and Mark Riordan put his mark on proceedings with a well taken point for a two point lead and just over 10-minutes gone.

But Cork soon found their feet.

Another O'Brien free left it 0-5 to 0-3 but two Cork points levelled the semi final for the first time just on the water break.

On the restart Cork powered four clears before another O'Brien free ended a barren spell for the teenagers in green.

It was only a temporary reprieve and another four unanswered points eased The Rebels five clear and still five minutes to half time.

The lead would have been greater but for a fine save from Tomas Lynch to deny Leahy a goal.

Nonetheless they team from Leeside had further scores for a 0-13 to 0-7 interval lead with Cork 'winning' the second quarter 8-2 with Mark Riordan getting the only Limerick score from play in this spell.

Two late wides in the half brought Limerick's tally to three for the half, while Cork reached six.

O'Brien (free) and Paddy Kennedy had Limerick scores early in the new half to leave just five between the teams.

But Cork took off again and another run of points had them nine points clear and the stopwatch short of 10-minutes in the new half.

Riordan had his third point from play as Limerick looked to stem the tide.

Sub Pierce Connery made an instant impact but it was still 0-20 to 0-12 at the second half water break.

O'Brien almost created a goal chance for Riordan but it was intercepted and up the field went Cork and Leahy blasted to the net.

Limerick did battle to the end and popped up with an injury time goal from David Fitzgerald.