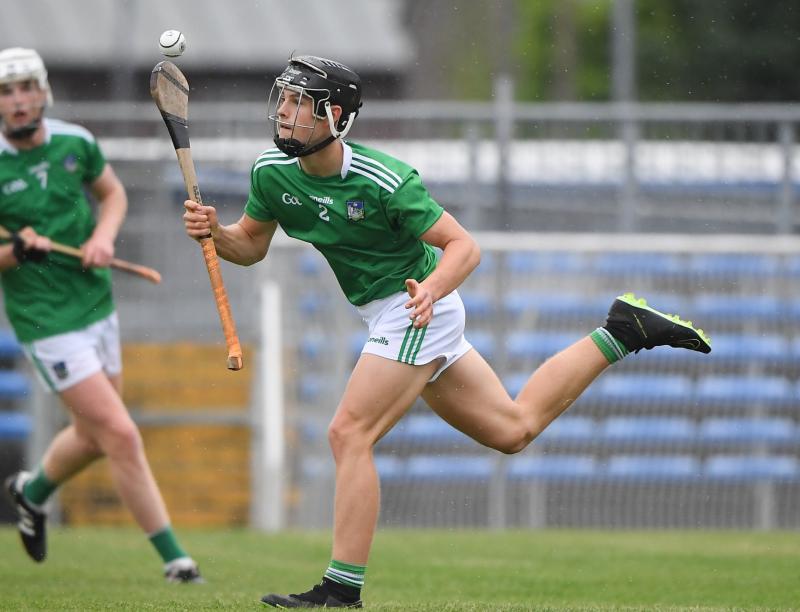 Semple Stadium in Thurles will host the provincial semi final at 7.30.

Limerick are bidding to reach an eighth minor final in nine years.

Limerick are the defending champions but play a Cork side who defeated Clare by 40-points in their quarter final.

"Their whole panel now have the experience of the build-up and everything that surrounds a Munster championship game in Thurles," said Limerick manager Kevin O'Hagan of Cork's quarter final win.

"We can't complain because we got some good challenge matches."

He continued: "We obviously watched them and they were very impressive. They seem to have a very good system."

"Preparations have been good. We are back since the start of May and in that period we covered what we had to cover and that's the same as everybody given the time we had," said Limerick manager Kevin O'Hagan.

He added: "We are very happy with the preparations - we had a few challenge matches and training has been going well."

The prize on offer will be a Munster MHC final spot against Tipperary or Waterford on Monday August 9.

Indeed a hat-trick of minor titles is on offer for the Limerick teenagers this season - a fate never accomplished by Limerick, who have one nine Munster MHC titles ever, including four in the last eight years.

This 2021 Limerick minor (U17) hurling team will be captained by Cian Scully with Joe Fitzgerald as vice-captain.

Goalkeeper Lynch and forward O'Brien were last week selected on the 2020 Minor Hurling Championship Team of the Year by sponsors Electric Ireland.

"We had seven players on the 2020 panel and that wasn't ideal but when they came back into the panel they really injected a new enthusiasm and energy so in a way that worked well," he outlined.

"They are great young fellas and they are honest and that is all that you can ask for," said O'Hagan of his 32-man panel, six of which will be underage next year.