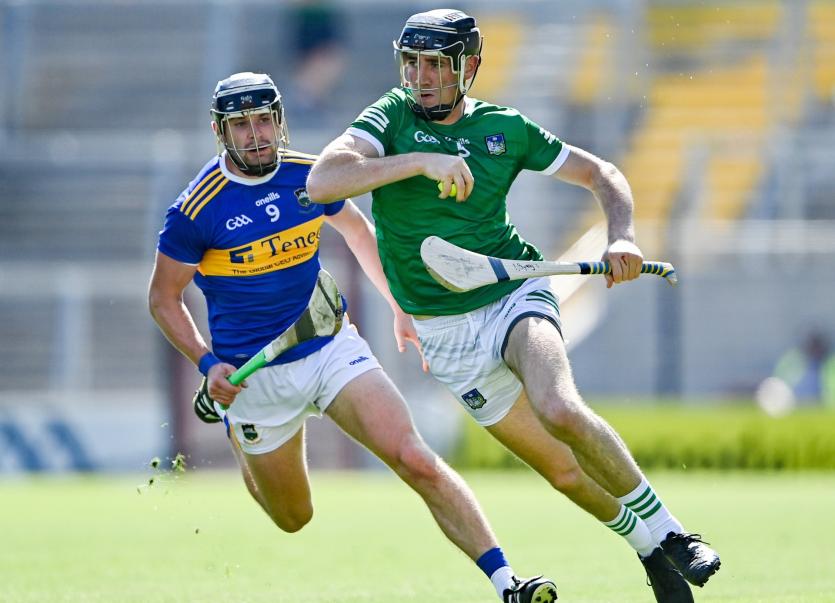 And what a display from John Kiely's men.

Limerick trailed by 10-points at half time but turned it around to win by five points.

The final score in Pairc Ui Chaiomh Limerick 2-29 Tipperary 3-21 as Limerick won a first Munster SHC three-in-a-row since the men in green ruled the province between 1933-36.

This was certainly a final of final of two halves!

At half time Tipperary were 10-points clear with goals in the opening minutes of the first and second quarter.

They flew from the traps and were rewarded with the ideal tonic of a fourth minute goal from Jake Morris.

In the opening half they ran Limerick ragged but the men in green were well off colour with poor handling, poor decision making and a lack of accuracy in passing and shooting for scores.

The game wasn't seven minutes old and The Premier County were 1-3 to 0-2 ahead with Tom Morrissey and Seamus Flanagan getting the Limerick scores.

Cian Lynch and Peter Casey had successive points but Jason Forde was soon up to five points from play as the men in blue and gold maintained a four point lead.

Gearoid Hegarty became the fifth forward to score from play and it was 0-6 to 1-5 and still only 12-minutes played on Leeside.

By the water break on 18-minutes it was 1-8 to 0-7. Tipperary could have been further ahead but for eight wides in the first quarter, compared to just three for Limerick.

Limerick needed to settle in the second quarter but were rocked on the restart with a John O'Dwyer goal.

Another four points without an answer moved the Tipp lead out to 10-points and 29-minutes played.

Aaron Gillane was introduced and make an instant impact with a point but nonetheless the lead was 2-16 to 0-12 at the interval. By half time Limerick were up to eight wides and Tipperary one more.

But all was to turn on it's head - totally polar opposites.

There were five successive scores from the throw-in.

But the tonic goal came in the seventh minute - Seamus Flanagan sweeping to the net after a Gillane drive was well saved. That left it 2-16 to 2-16 as there was a first chorus of Limerick-Limerick from the attendance.

Jake Morris then had the only Tipperary score of the quarter before another run of Limerick scores.

On the resumption the lead was increased further - Kyle Hayes with an incredible individual goal.

Now it was a 16-point turnaround in 22-minutes.

David Reidy, Gearoid Hegarty and Peter Casey saw out the final minutes with points before an injury time consolation goal from Mark Kehoe.