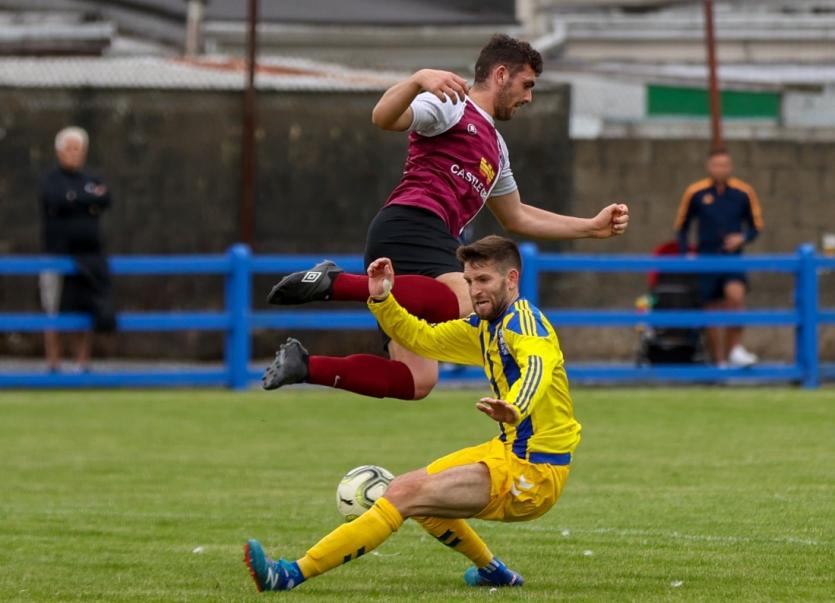 David Byrne at the Fairgreen

Fairview Rangers have advanced to the first round of the FAI Senior Cup after a 4-2 penalty shoot-out win over Athenry FC at the Fairgreen on Saturday evening.

Last year's FAI Junior Cup winners had come into this qualifying round game, despite not having had a competitive game in almost nine months.

Fairview will now join the SSE Airtricity League Premier and First Division sides in the hat for the upcoming first round draw.

The Limerick side had also defeated Athenry after extra-time in their FAI Junior Cup semi-final meeting 12 months ago.

Home side Fairview got off to a flying start in their latest meeting as former Limerick FC forward Ross Mann put a blistering cross across the Athenry goal front, narrowly missing Conor Coughlan at the far post.

It took just six minutes for the hosts to open the scoring - Conor Coughlan slotted home from close range to give Jason Purcell's side an early, but well-deserved, lead.

Athenry equalised on the half-hour mark.

Hitting Fairview on the counter attack, Cole Connolly linked up well with Colm O'Donovan before tapping home what was Athenry's first shot on goal.

Fairview went back in front right on the verge of half-time. Eoin Duff made it 2-1 with the last kick of the opening 45 minutes.

However, the visiting Galway side grew into the game in the second half.

And just as it looked like Fairview would hold out for the win, the sucker punch came in the 89th minute.

Substitute Jamie O'Driscoll bundled an Athenry corner home, and despite protests of a foul on keeper Aaron Savage, the goal stood and the game went to extra-time.

Savage pulled off a world class save in the dying minutes of extra-time to ensure a penalty shootout.

Savage was the hero as saving two penalties as Fairview won 4-2 on penalties.