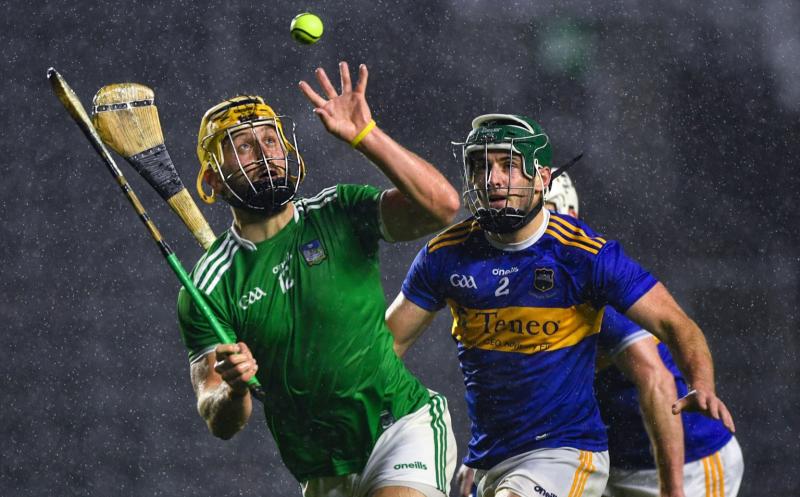 Limerick's Tom Morrissey in action against Cathal Barrett of Tipperary during the 2020 Munster SHC. PIC: Sportsfile

Liam Sheedy’s Premier County will attempt to stop Limerick’s Munster SHC three-in-a-row title bid when they meet in the decider on Sunday July 18 at 4.15. The repeat of the 2019 final will be in Cork’s Pairc Ui Chaoimh and will be televised live on RTE.

Ticket details will be confirmed in the coming days for what will be the first Munster SHC final in Cork since the redevelopment of Pairc Ui Chaoimh. The last Munster senior hurling final on Leeside was in 2014 when Limerick lost their title to Cork in the final game of the 'Old' Pairc Ui Chaoimh.

On Sunday week John Kiely’s team are bidding to win a hat-trick of Limerick provincial titles for the first time since the 1930s. Indeed, no county has won three successive Munster SHC titles since Babs Keating's Tipperary in 1988-89.

On July 18, Limerick will play in a 49th Munster final and will chase title no 22.

It will be a 17th ever Munster SHC final between Limerick and Tipperary - seven victories for the men in green from the previous 16 deciders.

Limerick booked their place in the final with Saturday’s eight point win over Cork.

”I am happy with that performance - that was real championship fare and a big contrast to last year’s games because the atmosphere was real. The game ebbed and flowed - we had periods where we were in ascendancy and they had their purple patches too during the game where they were causing us difficulties,” outlined John Kiely.

“All told it was a good tough, tough battle and we are just delighted to get through.”

Victory on Sunday week powers Limerick directly into a Saturday, August 7 All-Ireland SHC semi final in Croke Park while defeat means a July 31 quarter final against a team that has progressed via the qualifiers - Galway, Wexford, Waterford, Clare, Cork, Laois or Antrim.