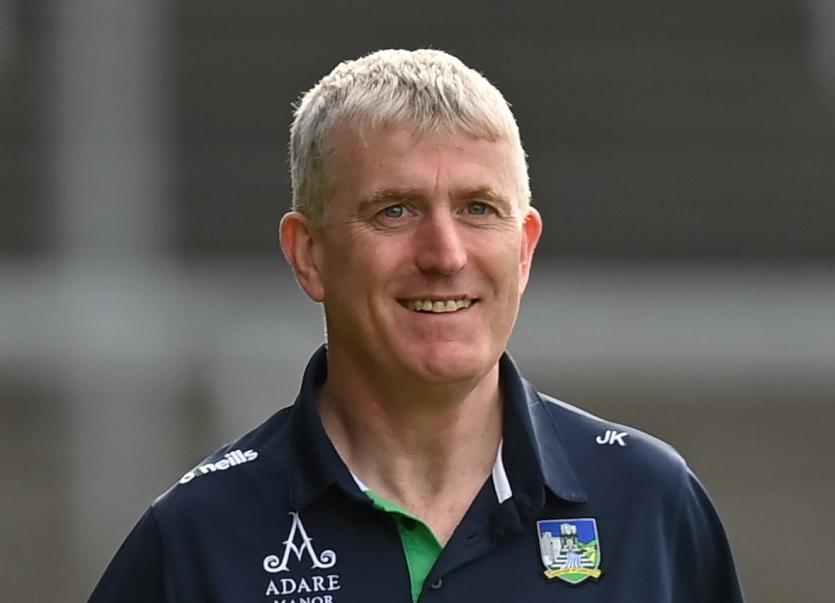 “WHAT is in the rear view mirror fast fades away so it has been all eyes forward on the first round of the championship for us.”

No talk of a 13 game unbeaten run to collect four trophies in 2020, no talk of mixed results in the 2021 Allianz League – simply all focus on Cork on July 3 in the opening game of the 2021 championship.

“We have set out a programme of work for ourselves from the very outset and we’ve stuck to that. You’ll have noticed that I would have mentioned during the league campaign that I said I was looking for incremental improvements from week to week in the games.

"The result wasn’t necessary the be all and end all, that we were improving is what was important. In the last couple of weeks we’ve been trying to carry that incremental improvement forward, and this week is no different to any other.

"We’re just looking to be better this week than we were last week,” outlined Kiely who leads Limerick into his fifth championship in Thurles.

“We have had a couple of good week preparation – the Summer conditions have really brought a championship feel about it. The fine weather is great and the pitches are hardening up so the tempo and speed of everything that gone way up.”

Stating that the league tie four weeks back has “zero” impact, Kiely outlines the challenge he expects in Semple Stadium.

“That was one competition, this is another.”

He explains: “I’m expecting a really high octane, extremely mobile, sharp, crisp unit, which is what Cork always are in the championship. I expect that we will have to work extremely hard in order to ensure that we can put as much pressure as we can on their game, and that we can have opportunities to have the ball, to do what we want to do with it.

"Every minute matters and for us it’s about backing the work that we have done and backing ourselves and focusing on our own performance and being the best team that we can be next Saturday night”.

After five games in six weeks, Limerick have had a three week lead in to Saturday.

“We are happy that we have done a real good job in managing the load and managing the injuries that players picked up during the league and they are doing really well and we are on the front foot.

"It’s another chapter and it will have its own story to tell. It’s our challenge now to bring the best we can bring on Saturday to that story and trust in the work we’ve done.”

Limerick rotated personnel throughout the league with just one player starting every game and 33 members of the championship panel getting game time. But Kiely is confident in the path his management chose.

“You would always like to get a certain amount of work into fellas but you also have to be realistic and if there are pressure points there, there is no point adding more pressure at that point.

"If there is a pressure point you have to look after it and if that means easing off the load for certain individuals that's what you do – at the end of the day I know that these guys have enough work done and not just this season but cumulatively over a number of seasons because that work doesn’t just go to waste and it’s not like at the end of the year the work from the previous year goes to nothing and you start from scratch.

"You are building on the previous years work and they are very experienced all of these guys and they have all been through injuries and they all know how to come out of injuries better themselves – it’s just trusting the player and the medical team and being realistic in what we can expect from them.”